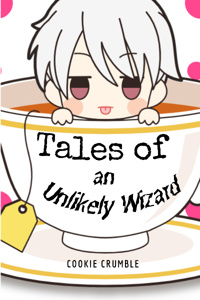 Hi, what do you guys think of the story so far? Please let me know on the comments below.

Tales of Unlikely Wizard also listed on Top Web Fiction - ToUW. Please give it a boost if you like the story!

Bio: A piece of crumb from a much bigger gooey cookie. Have the ability to spot a genuine choco chip from sea of raisins.