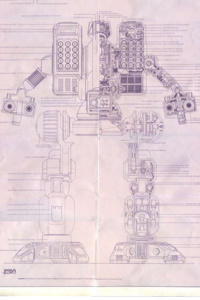 Tales of the 33rd universe - A Mech Designer story

Meet Marcus Caelum, since young he wanted nothing else to play with mechs. He studied, worked hard and he finally did it, now he is a Mech Designer (provisional).
He achieved his dream and now is the time for realization, he now will learn that not all is great, that there are things to learn and that if he wants to do the job well he better adapt.

Cover taken from a Battletech manual.

This is my "first" novel so do forgive the quality a bit.
It is mostly a Slice of life following what I believe a Mech Designer life would be. It will have action, science, comedy, dark moments and some adventure. It will barely have any romance and little actual combat (he won't go off fighting enemies everywhere, the MC is not a fighter).
It's medium sci-fi, most hard science with some mana altering normal materials.
The pacing is a bit slow, it takes some time for the story to advance.