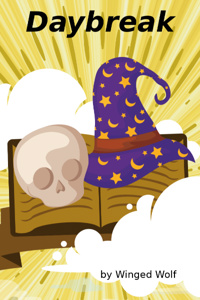 Silence filled the room, the people watching Jiovanni stupefied. Everyone had heard of the Black Beard pirates’ atrocities, many had even experienced it first-hand.

“Wha-” Vreil was shocked. “Them?” He looked around. There were three men dressed in black that he hadn’t seen before. Taking a better look, he saw the emblem of the Black Beard pirates engraved on their sleeves.

Everything disappeared, and suddenly it was just him and them in the room. They would die. He stepped towards them, but a strong arm wrapped itself around his neck and threw him on the floor.

“Pull yourself together, Vreil”, hissed Nigel, sitting on top of him and pinning his wrists to the ground to immobilize him. Vreil had once told him about his past. “If you want to fight them, do it in the arena.”

"Let go now or I'll fucking kill you", Vreil hissed back. Nigel paled, his instincts shouting that if he didn't get up at that very moment, he really would die. He let go of Vreil's arms and tried to stand, but Vreil immediately raised his body so quickly and violently that Nigel was thrown backward, his brain only barely registering the Arknas' movement. And just as he was thrown away and Vreil was almost upright, a blur of movement appeared and Vreil's head smashed back into the hard floor even faster than when he had gotten up.

He almost lost consciousness right then and there, but managed to hold on. When his vision cleared, he could see an armored hand holding onto his forehead, pinning him to the ground, and Jiovanni glaring at him from above. He tried to pull the hand away, smack it, he even tried to kick Jiovanni's towering form but the man remained completely immovable, as if Vreil's attacks didn't even register with him.

"Pipe down", growled the warrior, and Vreil felt a mountain-like pressure smash onto him, causing his vision to once again sway and his ears to ring. Jiovanni let go of Vreil’s forehead and cooly walked back to the center of the stage, letting a shocked Vreil get up, slowly this time.

Vreil's head had cooled by now. He desperately wanted, needed, to kill those three, but it seemed that now was not the time. He decided to do it in the arena, damned be the revolution and Ashter along with it. He also didn't forget to shoot Jiovanni an indignant stare, only to quickly look away after remembering the man's display of power.

"Are you okay now?" Nigel asked in anger.

"Yeah... I'm sorry", Vreil said, and he meant it. He shouldn't have lashed out against his friend and he knew it, but he couldn't control himself. Vreil also knew that, had Nigel continued to hold him, he really would have used his full power to throw him off, possibly injuring or even killing him. Pangs of guilt assaulted Vreil but there was nothing he could do now. He mentally promised to be careful next time.

From the very first moment it happened, Jiovanni had noticed how Vreil lost his cool. But it was expected that a few people would attack them, and the guards were ready to control the situation. He himself wasn’t planning to act, although part of the reason he was there was to intervene if anybody powerful happened to lose his temper.

Tough luck… he lamented, eyeing a familiar face in the crowd. It had been a while since he last let loose.

Jiovanni was still aware of the rampaging boy at the edge of his vision, though it was below his notice; yet, when Vreil was pinned on the ground, the warrior's sharp senses noticed the signs of body strengthening magic on the boy. Suddenly, this boy was not below his notice at all.

Not only was Jiovanni absolutely not expecting a trainee to know how to use body strengthening but, from the energy fluctuations, he could tell that while the boy was not at a level to threaten him, he was more than capable of crushing a normal soldier like the one standing above him.

Narrowing his eyes, the warrior dashed over in a burst of speed, smashing Vreil’s head against the ground. Hard. What the hell was that boy thinking, almost killing a comrade?!

Surprisingly, the boy had remained conscious, and Jiovanni had to use almost his full strength to keep him on the floor, even as he inwardly exclaimed in surprise at Vreil's differently colored eyes. It all made more sense now. He had heard about a new Arknas in their ranks, of course, but he didn't know it was this one.

"Pipe down,” he ordered sternly, unleashing his aura and hoping his surprise didn't show on his face. The boy visibly shook, and Jiovanni was relieved that at least he hadn’t delved into auras yet.

Seeing the fury in the trainee’s eyes melt away into shock, Jiovanni got up and headed back to his spot. He would really have to keep an eye on this one... He was strong, way too strong for his age and training but, seeing as how he almost killed his friend, Jiovanni couldn't help but sigh and hope it was an isolated incident. Lack of strength could be amended; lack of values could not.

Vreil wasn’t the only one to try and attack the pirates. Two more of the contestants ran against them but were stopped by the guards. The audience at the arena wasn’t calm about it either. After a brief bout of silence, they started swearing against them and against Jiovanni. One person even spoke against Sayfire, though he hurriedly shut up after being glared en masse. She was apparently respected among her people.

“I understand many of you have issues with them,” spoke Jiovanni, hardness seeping into his voice, “but this issue is not for you to judge, so suck it up and deal with it.”

His previous charisma was gone with the wind, and he was now trying to regain control of the audience through the pure power in his voice. He succeeded.

“There will be one more change in the rules”, he continued. “Instead of the usual wooden swords, real weapons will be used, although blunted. That is to closely resemble real combat conditions and test the real fighting prowess of the fighters. Although they are blunted, these weapons can still kill or cause serious injury if they land with enough strength. I will be personally watching over the fights, but the fighters will fight as if their lives are on the line.”

Some mumblings were heard again, but the chilling stare of Jiovanni enforced silence.

“I will now explain the tournament rules. There are 16 contestants. First, they will be split into four groups and each group will fight among itself, in a free-for-all. The winners from each group will then duel each other, and the final winners will also duel each other, letting the champion emerge. All fights will be held by the usual ‘first touch’ rule, which means that if the opponent touches you with his sword you are out. Attacking a defeated opponent or fighting outside the tournament is strictly prohibited. I will be the judge in each fight and I will determine if someone has been hit.”

Two men stood up and unfolded a big paper. “This is the schedule in detail”.

A graph was clearly visible on the paper, depicting the assigned groups. They were labeled A to D, where the winners of Groups A and B would fight each other after the free-for-all stage, as would the winners of C and D.

“C Group, huh? Sorry Nigel, but you won’t make it to the finals”, Vreil joked, letting some of the previous tension out.

“Heh, speak for yourself”, Nigel snickered, and Vreil continued speaking.

“B.B. stands Black Beard, right? It’s a shame I’m in the only group with no B.B. inside. Anyway, don’t let yours pass the group stage, Nigel.”

“Yeah, like I would. I am not worried about Arthur at Group A either, he can probably handle his. The B Group seems weak though.”

“Shit!” Vreil suddenly exclaimed, grabbing the side of his head. “if you and Arthur fight well, I won’t get to beat any of them!”

“Well, It’s just as Jiovanni said. Suck it up and deal with it.”

A faint smile was drawn on Vreil’s face; he wasn’t in any mood to laugh, but he was still pleased that his relationship with Nigel didn't seem to be damaged by his previous outburst.

“Now,” Jiovanni’s voice sounded again, “let’s begin this tournament. Fighters of Group A, please step into the arena. Swords will be given to you as you enter.”

Arthur was the first to enter. B.B. Campel was the last.

As soon as all four fighters were in position, Jiovanni, who had withdrawn to the edge of the arena, spoke again.

Arthur ran towards his opponents. Even though Neis was one of his followers, the giant showed little mercy as he landed a hit on both him and Ethros. He then attacked B.B. Campel, who had so far been only watching. He originally seemed weak, but put up a good fight against Arthur. He was fast and managed to dodge some swings but, when he tried to block one, Arthur’s overwhelming strength broke through his defense and hit him in the chest. It was a quick fight, and the audience seemed a little disappointed. It was expected of Arthur though, as he was, after all, the reigning champion.

When Campel returned to his two comrades, embarrassed, the one who seemed like the leader didn’t even spare him a glance. He simply stepped into the arena for Group B, meaning that he was the fighter B.B.Sting, under the audience's collective booing. Serves him right, Vreil thought malevolently.

Ten seconds later, Sting stepped back out, as the other members of Group B all suffered broken ribs or limbs. His strength was terrifying. Even Arthur, who had been smiling until now, seemed stressed as he witnessed his next opponent defeat three people with three swings of his sword, seemingly without any real effort at all. In front of him, the trainees were so unskilled that they were barely even there.

“What, was that all?” he smirked in contempt, glancing at Arthur. The giant frowned, directly returning the stare, and the two men’s eyes met.

A note from Winged Wolf

Shoutout to my Crab King patrons: The Violater, and Karma Anor! 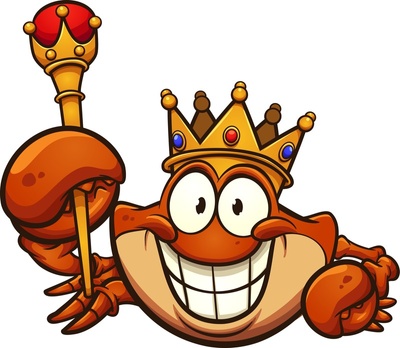 Bio: Don't mind me, just your average wolf with wings trying to make it through life.