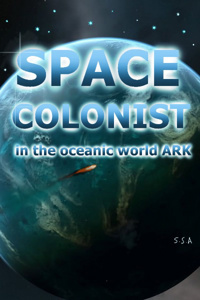 Erik was confused but just sighed as his concentrate wasn't strong enough or there was maybe something he didn't understand, he could only sigh, then he looked at Inky that was looking at him with bloodshot eyes and panting, and remembered the Second Elders triumphant smile before going away.

However, Inky didn't respond the way he was expecting, she jumped on him and pinned him down with her tentacles, and then just like that, he felt the slimy tip, and then she penetrated him, howling in dominance as she went deep inside him.

Erik could only just take it as she did as she was actually stronger and he was a bit tired from doing the Second Elder, and more than anything he wasn't willing to hurt her just to push her away, it's not like he was super against it anyways, lots of people just changed bodies back on earth, just that he had only ever felt good with his dick and the first time she did him like this it hurt so he wasn't eager about it, but this time it was different, he felt her go deeper and hit his prostate, but instead of the pain he was expecting, it just felt good as he felt like a spark of electricity went through him and started to reciprocate.

Erik started fondling Inkys breasts and playing with her nipples and felt her harden even more inside him.

She started going faster until with a loud growl and a deep push inside him, blew a big load up his rectum, ridding her ejaculation and howling loudly in dominance, with her eyes closed and fins raised, Erik was surprised that it felt great as he came too.

As she paused, he felt a bit full but saw her start moving again and wanted to push her off but Inky just started fapping him as she kissed and fucked him, and after a lot more humping he felt her sperm and eggs go inside him again as he cummed hard and passed out.

Erik woke up feeling bloated with Inky passed out on top of him and still inside him, it seems she came inside him a couple more times after he passed out, he softly put her to the side and slowly got up and sat on the eggs bucket, excreting them all inside, a bucket full of slimy golf balls, his abdominal muscles felt sore as he filled the bathtub and laid inside the hot water to rest.

When she woke up, Inky kept apologizing that she lost control, but he kinda enjoyed it too and it wasn't her fault so he hugged her and gave her a kiss, as they went to do the daily tasks together, the first one being cleaning the bathroom.

He also realized that her fins seemed to have grown a bit bigger, now they were even a bit bigger than the normal hunters, maybe she would continue growing.

and indeed, during the next week she would grow a bit taller, reaching his height and her fins would grow to the size of a warriors, and her lust was heightened too, as they did it lots of times during the week, always first starting Erik with Inky finishing with her endless stamina as he couldn't keep up, by the end of the week she seemed to calm down, and Erik and her had grown closer, a later inquiring of them to the Second Elder revealed to them that an Elder's aphrodisiac can accelerate the growth of octopeople that are about to grow, apparently Inky had already reached the threshold and only needed that push.

The Second Elder had basically spent the entire week living on his onsen and sauna, making Erik cook for both, and was in a good mood, but then she seemed to think of something, and she also made Inky translate him something else with a smile.

Second Elder: " if you want to be an Alpha, that's fine, but you need the strength and endurance of a true alpha, little tricks are just that in the end... just tricks..." then she smiled at him and left.

Erik understood the message though, he would need to train hard as without the needle launcher he wouldn't even have had the initiative, although he also couldn't help thinking that they weren't being fair with him, as he was already really strong for a human, if he was back on earth he would have been accused of reaching levels not permitted to civilians by now, how could he compete with them without tricks.

He decided to analyze the aphrodisiac and create a more concentrated version, the Second Elder was a bit surprised but didn’t deny him when he basically stroked her until she came on a bucket, once in the lab he separated the sperm from the fluids using a centrifuge, and also took out the sugars and other superfluous liquids by running the now clear liquid through a computer-controlled separator, by the end, he was left with a vial of concentrated aphrodisiac, with this he would be able to endure, even if it was slightly 'cheating', it was in humanity’s nature to cheat nature, he chuckled while thinking that. Humans would have grown extinct long ago if they followed 'the rules of nature'.

He didn’t feel like trying it now though, as he was planning to take a week of no sex to rest his body, he had heard back on earth, that some people spent their first 100 years partying and ended getting tired of sex, settling down in society, that wasn't his case though, just that after an entire week of Inky's unrestrained lust he was basically empty.