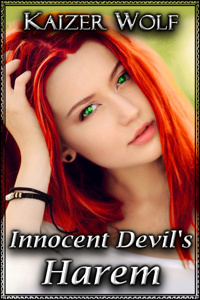 Kai has a big secret he has kept all his life, even from his older sister, who raised him in place of their parents.

However when he finds out that his sister's best friend has been targeted and kidnapped by a serial killer, just how far will he go to save her?

And how will he handle his secret finally getting out, that he's much more than what he seems?

NOTE: This story is R-18 for strong language, mild violence, and adult themes including detailed a few explicit scenes.

Reviewed at: Chapter 13-3: Needing Help After All

A story that feels as if it’s trapped between wish fulfilment and self-awareness, constantly forced to write excuses for its own desires. While it begins as nothing so much as a Twilight: Midnight Sun with a supernatural young man trying his hardest to suppress his desires for a girl that is somehow special to his instincts, it doesn’t really want to be conservative Christian propaganda, but it’s still beholden to many romance tropes. It doesn’t want to slutshame and profess purity, but for some reason still really wants the MC’s girlfriend to be a virgin, so a lot of words are spent on him assuring her und us, that it was her decision to wait and he would’ve been ok with her having experience. It doesn’t want to romanticise controlling overly jealous boyfriends, but still really wants the MC’s girlfriend to feel like a secure possession, so it’s her saying problematic stuff like “I won’t even be friendly with other guys.” while at the same time being willing to share him with another woman. The main character is absolved of guilt by never once demanding his girlfriend adhere to patriarchal norms of how a woman should behave, but his girlfriend just happens to be an almost perfect reflection of those desires anyway. It feels artificial and forced, too clearly intended to fulfil traditional desires of the reader without accusing them of holding traditional values.

There’s a second point of critique, which is the pacing and structure of the novel. We’re set up for a drama of forbidden desire and supernatural horror, then suddenly neither of this is a problem, because the perfect girlfriend and her boundless acceptance have always loved us already and we’re in sweet romance mode with the transformation becoming more an issue of humour and sexual tension. The switches between romance and murder are abrupt and jarring – one minute a murderer beats down the door, the next it’s suddenly trivially easy to disguise having ripped apart a police officer on your front lawn so we can go back to assuring ourselves that we’re loved and accepted – at least until the next home invasion. The conflicts in this story appear too suddenly and are resolved too quickly and easily. More build-up would lead to more payoff here, both in the romance and the supernatural monster murder plotlines.

To temper my critique, here’s some praise: while the whole “I’ll marry you after a day of relationship” is stupid, it’s realistically stupid for young people in love. That’s how a lot of teen romance goes and it’s kind of cute. The smut is also pretty decently written, something a lot of writers stumble over. The girlfriend taking on a dominant role during sex fits well with the MC’s condition of having to hold back so much – I was surprised by it, but it works quite nicely in context. The hints of more supernatural creatures existing are intriguing and make me want to find out more.

The story has potential, but it needs an editing pass to give it some much needed subtlety – personality traits that are more expressive of a person and less overt checkmarks on a desirable partner list plus a bit more room to breathe for each conflict before it resolves itself. With a bit of fleshing out, this could become a much better story. As a reader I don’t care for how long the MC was attracted to a girl and for how long she was a virgin – I care about how long it takes from when I am convinced that she is attractive until the tension resolves when gets a taste – too short and it feels unearned, too long and it feels frustrating. Here it’s too short. I know you can repeat it, but still don’t blow your load so early…

Reviewed at: Chapter 6-2: Going at it Again

Not a bad story, but less and less story and more and more sex that is way less interesting than the story. Boring sex. The same scenes we get over and over in bad smut.  Moving into a little bondage and odd stuff, but it's like the author isn't really knowledgeable about it all all.  The main story seems to get pushed to the side really quick. We seem to have some bits of a plot. A cop is a serial killer.  But not really a smart cop. Just drive up to the victim and grab her from the house to kill her? A bit awkward is someone else is home.  And of course there is and it goes bad for him.   Some parts were just odd as hell, like "lets kill a deer with an arrow and leave the dead deer in the driveway to cover the bloodstains."  Really? Dead deer just laying in your driveway are normal. And no one will notice the police cruiser driving up, or driving away?  There's a lot of insistance by the author that this is a character driven story with only a little smut. But that's not how it reads. The characters are two dimensional, maybe one dimensional. He's had a stiffy for half the story or more.

Okay, but not for royal road

Reviewed at: Chapter 3-1: A Day Alone with My Sister’s Hot Friend

Reads like a wattpad book, not that there's anything particularly wrong with that. And no, I haven't read any smut scenes ( not my cup of tea ), but was intrigued by how much emphasis the book was putting on 'smut'. Reads smoothly, but without much gravity. The characters are only there for the story and have no inner personality. I won't continue reading, not that I got that far ahead, and will likely not return, since it seems that the only real reel the book has is for ( and I quote ) BUSTY MILFS, and SEXY SPACE ALIENS. Hopefully the plot will overpower the erotica, but so far it doesn't seem so.

Reviewed at: Chapter 4-3: Distracting Ourselves to Cope

Don't really hope for showing through the story, you will get the MC's characters through Author notes.

You'll also get 'unexpected surprises' and other paradoxes with a flimsy thread holding everything together. Will also be reminded about copyright and that the story is 95 percent story every chapter.

"Also, this story is character-driven and is roughly 95% story and 5% explicit scenes, with some action and mystery sprinkled in there too."

No wonder, it's just leading 90 percent of the time.

Reviewed at: Chapter 1-1: My Sister’s Friend was Kidnapped

Note: The point of reviews is to give your honest opinion of a story, so to the idiot that's saying that 'if you don't like it, don't review,' you're either delusional, or paid off by the author.

The overall story is smut. Not necessarily bad, but not meant for RoyalRoad. Hear me out. ELLC and Blue Core are good stories that have smut. No gripes about it. But the smut is not the primary focus of the story, as it is here. Additional notes at the bottom of the review.

The style is bland, erring on the side of being kind of awful. The wording is arranged in such away as to allow for the most deadpan delivery possible. All things aside, this is a consistent error found throughout the story.

Grammar is not awful, though nothing special in and of itself.

The story is where my primary gripe lies, with continuous and unending exposition in the first few chapters, all in order to make way for the smut, that should not be the focus of a story on RoyalRoad.

The characters seem to be one dimensional, at least outside of the smut scenes that I mercifully was able to skip past. The MC has a sister and... she has a sister. Oh, and she has a used silver car. That's almost all the characterization she gets in the first chapter

But my final, most important gripe is the author's use of second and third accounts to defend his ratings, with two reviews from incredibly suspicious accounts that have no other history of reviews: BossBuddy and ThisClown. I tried reporting, but nothing went through, so I figured a review on my part to balance out the rating was in order. So go on. Make another account, prove me right.

It is What it says it is

Reviewed at: Chapter 10-3: My Girlfriend Found Out My Little Secret

I don't get the negative reviews, although giving yourself reviews is a dick move (and who knows if they are really fake) this story brings exactly what it's supposed to.

The genre is harem, and mature, and some smut.

So unless the character interactions/style/grammer or any of the other criteria to judge a story are bad, there is no reason to give half a star.

I'll be giving 5 stars because while it is not perfect, it is pretty good considering the criteria above (good grammer, world building and character interactions). Also, I want to give the author some support.

Don't hate a story for delivering on its premise.

Reviewed at: Chapter 7-1: My First Date with a Busty Redhead

Good begining gets into the action pretty early on and the explict/romatic parts are both well done and have the option of being skipped while still understanding the story.

MC's signifigant other seems a bit 2D but hopefully with time they are a little more fleshed out.

Only read up to chapter 7 so far but ill probably read more later.

Reviewed at: Chapter 2-2: Waiting for My Sister to Fall Asleep

Excellent storytelling with just enough spice. I am excited to see things progress. I am terrible with expressing my thoughts in writing and am just rambling to hit the 50 word minimum to give you a well deserved rating. Bravo, well done, I will continue to follow your writing adventures.

Reviewed at: Chapter 8-2: My Sister’s Guest is Too Observant

Reviewed at: Chapter 3-3: Letting Her Explore, While I Explore

If your looking for a story where the MC fights supernatural monsters and secret organizations while searching for his true origin, you're gonna have a bad time. Because thats not the focus of the story. Its [Read review title]