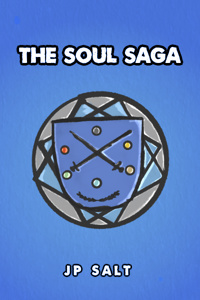 Meredith Childs dreamed of being the best Guardian one could be, protecting the world from all that would harm it. Working her days at her parents’ garage, she never took her eyes off that distant horizon.

Yet when Flame Commander Royston Masters arrives in her small town and takes an interest her, Meredith is put on a path of adventure with her best friend Eddie, leading her straight to the Guardian Corps and its trials along the way.

She’s not alone, either; not with a floating boy, an obnoxious girl her age, magical climate zones and a Beastmaster whose bark and bite are both unknown.

Not to mention a shadowy threat lurking just beneath the surface, inexorably tied to their dying world and the myths of its past.

With her journey just beginning, and many souls on the line, Meredith will have to strive forward and fight for her dream, magic or not…

Reviewed at: Book 1, Chapter 1: The Mechanic

A bit mediocre in my opinion but I look forward to improvement! Solid start but it really just couldn't keep my interest and started feeling like it was dragging on a bit without much reason putting it nicely.

The last thing I would want to do is offend, but it's quite a dreadful read in my honest opinion.