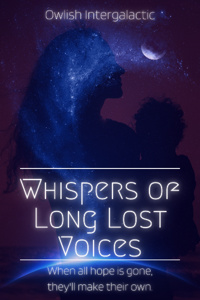 When all hope is gone, the crew of Hestia’s Hearth will make their own.

What You Can Expect:

The Known Universe has been at peace for almost 100 years, but for most of Brenn’s life, trapped on an Earth controlled by the genetically superior Aesir Empire, it hasn’t felt like it.

Three years after her wife’s murder, she’s found a new life light years away from Earth. A happy one, most days, with a best friend and captain who understands her, and a shared mission to undo some of the damage the Aesir have done to the Universe and offer relief to anyone who needs it. But the past has a way of rising again.

A surprise rescue mission brings Brenn face to face with her wife; delirious, ill, and scarred from the bullets Brenn thought had killed her, but very much alive with a newborn at her breast. A newborn whose very existence could mean intergalactic war.

Now Brenn must balance her wife’s delicate mental health, new motherhood, and her own complicated feelings while working with her Captain and their odd bunch of friends and allies to protect her tiny family from a small, but influential group within the Aesir government who will stop at nothing to take back Brenn’s wife and child.

All the while, there are whispers of a greater and more ancient power coming to life. A power Brenn’s wife knows more about than she wants to let on.

It’s a good thing Brenn is used to fighting.

CW: Contains mildly graphic scenes of violence/death, topics of unwanted pregnancy/abortion, scientific experimentation on sapient beings, depression/suicide, grief, and trauma. The tone of this fiction is often dark, yet hopeful.

Updates Every Other Weekend