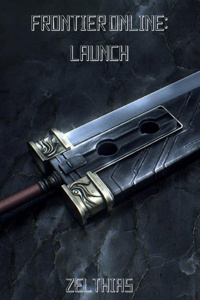 Why can't it work that way?

In an era of VR gaming, the latest software allows the game to learn, to grow. Frontier Online is the first VR game to enable players to invent or modify their own skills.

Enchanted by the idea, Ryan Harringer learns that Frontier Online will allow divers to play in their sleep. For the first time in his life, Ryan will play a video game.

The first problem? Ryan must learn how to walk. The second? Guilds suck.

While everything in this story can easily be sourced elsewhere, what has been done before isn't recycled poorly. Furthermore, the author has a weird stylistic charm; he/she has a way of describing things that inclines the reader to infer on and engage with the material, before finishing up the reveal at a later point. Personally, it makes me feel like the author is treating me like an adult who can figure things out for himself.

However, I do have a couple crtiticisms.

The first is in regards to a skill (though honestly its more of a trait) that Ryan receives at the start. The author kind of implies that some or all players have received a special skill in regards to what they hope to achieve in the game, but between not seeing anyone else display the effects of their own skill/trait, and Ryan's seeming a tad strong, its hard to see the merits in this plot point. The fix may be as simple as rewriting the chapter in which Ryan receives the skill, and throwing in some interludes from other characters.

The second is that the story is starting to dip its toes into the waters of mental disorders. This isn't necessarily a bad thing, but I would implore the author to make sure that any disorders he/she describes actually exist. Drawing upon real-world science invites the audience to analysize the story with that real-world science in mind, and a lack of research in this regard has tanked my opinion of stories in the past.

B FOR BROOK FLOWING THROUGH THE TRASH HEAP

TL;DR: It's a nicely written and somehow readable amalgam of the greatest cliche hits of russian and western mmo litrpg.

And it needs it, because if the style wasn't at least acceptable my eyes would generate electricity by rolling in their sockets so hard I can't even find a simile. With the style it's somehow palatable, though.

If you can get over the MC being served everything on golden and platinum platters, which he promptly falls over while blindly stumbling.

Ok, so it is what I'd call the "but not really" hit album.

The MC is poor, but not really. He's portrayed as a shy introvert but isn't really. He's described as a huge IQ genius but isn't, really. He is a noob undergoing the most generic "I showed up and immediately won just by aggressively existing" rags to riches journey you will think about. That all framed by him getting "first legendary accolades" hand over fist by figuratively not knowing how to wipe and giving it a try.

Or, as Robin Williams said in one of his skits on George Bush the 2nd: Some men are born great, some achieve greatness and some are handed greatness as a graduation gift.

It's a powerwank, where the MC is on lvl 1 With the stats of lvl 30 characters after the first dozen chapters, and only the style of writing is keeping it afloat.

The characters are, with one exception, cutouts, but are decently selected. The setting is generic in or out of the game. It's pure vanilla everywhere.

So why the three and a half stars?

Because its style of writing is beautifully and perfectly competent. The plot is almost painful, the characters are mediocre, the dialogues could use some critical eye - probably, I never was any good at judging them - and the setting is so generic it might as well be white noise. But the style is competent and keeps the story going despite itself.

It nicely describes where the description is expected, introspects where necessary, and flows like a little gentle babbling brook through the trash heap of generic ideas.

I didn't notice anything bad about grammar. And even if I did, I won't throw any stones for fear of being stoned myself.

Oh yeah, and the MC's irrational dislike for magic is just baffling. It's like he, for some strange reason, refuses to think about the possibilities it brings or about just using the tools at his disposal. It's irrational and one of those "it's for the plot" elements I don't like.

Am I too OP? Impossible

While I do think that this book has a lot of potential I do think that the author has leaned too much into the MC's stats and skills that he gains, and while we can expect the MC to have some degree of power, his abilities at the start seem too OP, and game the system a little beyond the realm of feasabilty.

I really want to like this story and in some ways I do but the biggest turn off for me is your main character. He doesn't seem realistic in comparison to his back story that you told us, he's supposably a genius but he really doesn't come off that way. I'm okay with him being a noob at gaming but it doesn't make sense to me for something he was so excited about, he didn't do research and his objection to using magic really doesn't make any sense to me.

Reviewed at: Level 6 Birthplace of Monsters

Pretty decent first chapters without much water in it, but in my oppinion author starts the story with giving MC strong headstart what's already suggest's what Rydr would be too OP from the start. I think story has more potential when you write about noob who just loves to play and works hard to make some minor achievements, without becoming a greatest warrior in game, just playing to have fun that he can't have in real life, and i hope Rydr would get a real interesting class, not some OP scaling skills what would end as one tap kills to everybody

Enjoyable, but I hate it

Honestly, the title sums it up well. The MC has a Tragic Backstory ™, a Physical Deformity ™, and a Mental Disorder ™. He is shy, but it is obviously because his Tragic Backstory ™ and Physical Deformity ™. He is annoyingly focused, to the point of tunnel vision, with anyone suggesting a different path triggering a Rage Button ™, while said tunnel-vision is because of his Mental Disorder ™

The world, as we have seen so far, is genericly "two centuries in the future, where we are exactly the same, but half of us are in space". The game world is a generic fantasy full-dive RPG MMO, with governing AI that likes the MC for basically being the first of the players to listen to her and stereotypically over-designed mechanics and worldbuilding.

The other characters, so far, are either "Generic archetype" or "Foil for the Main Character's issues, being classically non-stereotypical".

This story has to be the BEST WRITTEN piece of TRASH I have ever read. I am now following this story and hope to read more. It is a crap story on every level, but reads like it is supposed to be. God Speed, Zelthas, and I eagerly await more.

The author quickly builds a realistic character and world, forming the basis of their story. Each character in their world is unique, three dimensional and believable, with their own backstory.

The combat scenes are well thought out and skillfully written, becoming some of the best work in the piece. Characters interactions are also well scripted, with all of the characters meshing in well.

The MC has a firm goal and the motivations as well, however often fails to take obvious choices to reach them. He also goes through imposiibly explosive growth, but still fails to make the most use of it.

I can understand the author's intention in doing so and think we'll see more of those options being accepted by our MC later in the story, however for the moment the excuses not to take them are weak at best.

There is potential for greatness here, however it might still need a little tweaking.

Otherwise the story is well written and I hope to read more in the future.