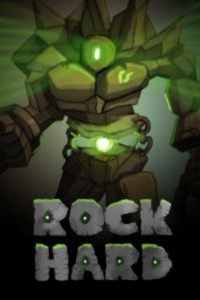 There lies a rock. It sleeps within a cavern, alongside a marbled altar, and in the company of a glowing, green gem.

There lies a world. It waits with bated breath, as its sentient beings are put through the meat grinder that is the tutorial

There lies a couple, who know not what this system offers, nor what it might entail for their world. All they know is that they must live.

This is the story of how that one rock averts the fate of this doomed world, and does its best to save this group of friends.

[Congratulations User! You are the first of your kind to achieve sentience. Please select a class]

Holder of the [RoyalRoad Writathon Achievement], completed in 3 weeks instead of 5

The Rock Who Could

Its honestly good work  I hope the Author intends to continue this novel after the writathon, I think I will continue to read this, Though I recommend taking it a little slower overall with more attention on their surroundings, I love hearing how their environment makes or breaks their fighting style, like having flammable webs and liquids, sticky webs, no rock and instead a goo so they're forced to rely on what they came with, how tall the cavernous environment may be, are they just underground or in a massive mountainous hive with one brood mother leading? I think that fewer chapters but more words per chapter would work best, Good luck from here on.

So far in: Rock Bro and Gang

A story about two people who get kidnapped to another world and meet a recently aware rock. The early part of the story is giving me some serious Threadbare vibes and I look forward to seeing where it goes. My feelings is a little of V&V will comes to play as the Rock grows.

Style: Overall it is a smooth read and formatted in a standard light novel style. Dialog can at times be stilted when the author tries to use the character's voice for exposition.

Story: So far there has been just a lot of set, but there doesn't seem to be a main plot yet. It would seem the rock will take center stage, but so far the system could just easily be the story too. It isn't clear yet, and this leaves it a little unmoored for the reader.

Grammar: It was solid. Nothing stood out to me.

Character: The rock has been well written is interesting with it's development. Our human characters are still a little one dimenional. We get a general overview of the them in the begining, but so far the fights have overwhelmed the character moments. I look forward to seeing more depth to who they are.

I was hesitent to start reading this story since it had no reviews, making me think it wasn't that good even with it's high rating. Still, I gave it a go and read up to 1.6 chapter before dropping. I would say I was partially right about it.

This appears to be pretty standart litRPG Isekai story of people getting transported to another world, more specifically in a dungeon of some sorts. The twist of it as you can see from the description is that they have a thinking and semi-living pet rock. Besides that the story doesn't really stands out much, still some people might enjoy it, some not.

The characters are nothing special, their behaviour feels more like designed to move the plot towards a direction than having any deeper meaning behind it. They have a few quirks between them to distinguish them but without them it just feels like the same character with a different wig. However there were a few moments where the interactions between the characters did make me giggle (I am looking at you, the rock with quite a name).

While I didn't read it far, I haven't noticed a single grammar mistake so that is a nice plus.

TLDR: Not great but not terrible. Don't try to take it seriously, go with the flow and you will probably enjoy it.