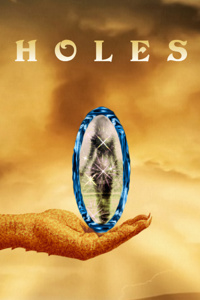 She pushed her plate away with at least half the food that Legenin put on it untouched.

"You aren't doing yourself any good, Seph," the giant said. "He's smart. Even if he doesn't make it here, he'll be all right. You have to get on with your life."

That she'd turned her back on Dart and left him behind to face the Gov ... For being so close to the hole, for bringing her there. The guilt, she swore, would eat her alive and spit her sorry bones out. "Why can't we go get him? We could -"

"I've already told you there are things I can't explain." Legenin didn't raise her voice, but Seph could feel the irritation. "All we need to know is that going through that hole is forbidden." The giant's tone meant it was the last word, but Seph didn't care.

She jumped up from the box beside the bench. "Why did you take me so close to it?"

"I was instructed to teach you how to tether a hole. There's been no activity from that one since it appeared, a long, long time ago. It was rotten luck that there was someone on the other side -" Seph's glare stopped her, and Legenin's mood shifted to something softer, kinder. "I'm sure there's a reason for it," she went on. "But, for now, no one knows what it is. It's being looked into. All we can do is hope that answers come to light soon."

She cleared away the supper things and Seph sat back with a sigh, watching. She supposed that Nexim saying the Gov's name had something to do with what happened, but she didn't dare open her mouth about that. Was it the Gov who gave orders to the Gatherers? How could that be? If there was a way to find out, Seph didn't know what it was - and it didn't matter, at least not right now. Thinking of a way to help Dart did.

The last of the dishes were put away, and Legenin sat down on the big, padded chair. "Seph? Please come and sit with me. I'm worried about the way you're letting this affect you."

Half of her wanted to and the other didn't. "And you tell me not to worry." She wished she'd kept quiet. Just because the giant didn't show feelings, it didn't mean she didn't have any, and her eyes had filled with tears. "I'm sorry," Seph said. "I'm not thinking straight. There's so much I don't know, and I'm sure that's part of the reason I'm not." The Gatherers were so kind - and so secretive!

When there were so many unanswered questions ... The people she'd seen on Outpost looked like Ned and they didn't seem to care that Dart was Rheen. Was everyone Rheen where he came from? Why was he near that hole in the first place? Why wouldn't the Gatherers go get him?

Seph's mind started to spin ... She gave in and climbed up beside Legenin. A little rest from - a far off sound caught her ear. She stilled herself to listen. It came again but it was too faint to identify. "What was that?" she asked. Her belly did a flip as the giant picked her up on her way to her feet.

"I don't know. There it is again," Legenin said as she ran for the door.

Seph had to grab hold to keep from falling when the giant yanked it open. It was already full dark - not a good idea to go out ... There it was again. It was a voice -

"Whoever it is, is calling your name."

"Seph! Where are you?" His voice was still far off, but clear enough.

"We're coming, Dart," Seph shouted. The giant put her down and ran back into the main room. She came back with a shining tube - oh, it was bright!

"You'll send him into fits! I have to -" Legenin was already gone and Seph took off after her. It wasn't long before she had to stop. There was no way she could keep up, and she couldn't see anymore. The jitters hit her - no! It was no time for that. "Dart!" she called out again. "My friend is coming for you. Watch for the light."

He answered, but it was so quiet. He'd gone the wrong way! "Follow my voice, Dart!" Seph wasn't ready for the scream - well, at least she knew that Legenin had found him. But now she had to stand there and hope the giant would hurry up and find her! "Legenin? Are you coming?"

"Stay still. Tell me when you see the light and keep talking once you do."

Where was it? What was taking so long? A little white spot appeared. "Here! I'm over here - to your left. No! Not that way!" The spot got bigger, brighter. "That's right, you're coming straight at me." The beam was all around her now, and she could see him in Legenin's arms. Her knees went weak and she had to lock them to stay up. "I'm so sorry, Dart. I don't know what to do -"

Legenin reached down, scooped her, and carried the both of them, one under each arm. Seph was dizzy by the time she was set on her feet at the house. The Gatherer put Dart in the big chair. He hadn't said a word the whole time. Seph climbed up with him. "Are you all right?" she asked.

He shook his head. "I'm sick. Spores ..." Just saying those three words was enough to make him wheeze and gasp.

Seph felt a chill come over her, so strong that her fur stood on end. "He's ... He's dying, I can feel him dying." She choked back the sob and stared into the giant's eyes. "Don't let him die - you can't let him die!"

Legenin sat down and pulled him onto her lap. "I can help some if I hold on to him. I'm calling for Mavera."

He started to struggle, and Seph grabbed his hand. It was icy! "Let Legenin hold on to you - she can help you that way. Don't be afraid. She's your friend." His eyes brightened a little as he looked at her, but then they closed. The cold feeling - it wasn't so strong now, but Seph didn't know if that was good or bad.

"I'll sit with him and wait for the healer. You go to bed."

"Go to bed, Seph. There's no point in us both being worn out!"

It was useless to argue. It was all her fault, there was nothing she could do to help ... She said goodnight, went to her room, crawled into her nest ... And for the third time since the Persots came storming through her town, Seph let tears out of her eyes.

"For the last time. Mavera has healed him but he won't have his strength back in an instant. When he's well enough, you can go see him. I have a lot of work to do today and, once I'm done, I have to sleep. You can keep yourself busy." Legenin all but stalked out the door.

An overtired giant was a crabby giant ... Seph had only asked to go twice. She got up and started on the morning cleaning. And if she could figure out how, she'd even make supper. Why Legenin and Nexim never let her cook was beyond her.

There wasn't much to do, and the last dish was soon dried and put away. The questions rolled in her head again, but she damped them. It was better to wait until she could ask Dart. What else could she do to keep her mind off things?

Take the book down to the lake? Oh, no! How could she have forgotten that Dart took it? And she didn't want to think about where it might be. She looked around. The room seemed to be getting smaller, the sense that the walls were closing in - what was it from? What was making her feel that way?

It was getting worse and - she had to get out!

Seph bolted for the door and barely took the time to close it behind her. She ran full speed for the shore. Her lungs burned and her legs ached, but she kept running. By the time she got to the water, the horrible, suffocating attack had eased off.

She had to put her hands down on her knees. Her chest heaved, and her heart pounded so hard it felt like a fist beating her ribs. It made no sense. Where had her energy gone?

It was better to sit down. The warmth of the sand soaked into her and, little by little, her body quit racing, stopped throbbing. She could try to get her mind to settle now. The worry that Dart had given the book to the Gov - she hoped not! But thinking about it wouldn't do a thing to steady her.

... It was coming back, the trapped feeling ... The notion that she had to get to the trees - she scrambled up and ran again, all the way across the field and into the forest.

The haunting lifted off her, and she stopped dead. The urge to look back was irresistible. Seph crept to the line of trees that bounded the graze-land. She leaned against a huge trunk, still trying to get her breath back, and poked her head out.

A man in a uniform was walking through the field toward Legenin's house.

Bio: Writing is fun and I want to have lots and lots of that.