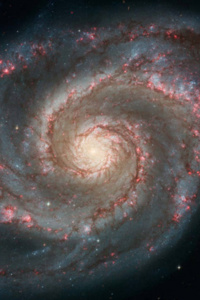 For the entirety of the Glim spider's life, it had lived deep beneath the earth in the dark tunnel of its domain. Surrounded by stone and silence it lives undefeated.

With one look at its mesmerizing webbing, creatures willingly offered themselves up as tribute to its never-ending hunger. Frozen in a state of euphoria as they look upon its glowing strands.

Other than the occasional flood of its tunnel home when it kept safe and dry in its nest. Nothing had truly been a danger.

That is, until today.

While doing small repairs to the webbing on the outer edges of its domain it noticed a blinding light slowly emerging from the dark depths.

Freezing in shock the spider watches on as the unknown light enters into the ethereal glow of its home.
The light is projected from the head of an enormous monster as ugly as it is massive. Covered in baggy folds it stands frozen in the glow cast by the spider's webs.

With a slow blink of the monster's beady eyes, it reaches with a long thin arm before tearing one of the many patches of webbing from the stone above it. Bringing it close to its misshapen head it appears to study it in the light before stuffing it into one of the many orifices that cover its grotesque body.

Step by step the giant works its way deeper into the spider's domain, leaving nothing but desolation and darkness in its wake.

Shaking itself from its shocked state. The Glim spider prepares to fight back the only way it knows how.
Climbing along the ceiling above, the spider pulls a pebble from one of the half dozen silk pouches attached to its abdomen. Weaving glowing thread from its spinneret it quickly fashions a cocoon around the rock before launching it with full force at the giant below.

If the glow of its webbing was not strong enough at a distance to stop the giant in its tracks then it would just have to bring it closer!

Whistling through the air the small missile just misses the monster's beady eyes and instead slams into the growth emerging between them.

With a terrifying screech, the giant responds by swinging its mismatched appendages through the air in an obvious show of pain. But there is no sign that the giant has fallen under the silken balls mesmerizing thrall.
With a heavy heart, the spider realizes what it must do. If its beautiful silk is not enough then it can only hope that the final defense it has prepared almost its entire life can put a stop to this invader.

Rushing along the ceiling ahead of the giant. It enters its nest, a large glowing sac hanging from the ceiling at the center of its tunnel.

Tearing and biting, it rips away at the many outer strands of silk anchoring the false bottom of the nest to the top. Working its way around the edges the spider finishes the circuit leaving only the final strand before pausing.

Waiting patiently the spider watches as the giant slowly makes its way below the false bottom of its nest ignorant of its impending doom.

As the nest lines up with the top of the giants shell covered head; the glim spiders bites through the last strand freeing hits hidden weapon to fall far below.

Waking up Michael had a pounding headache and could taste copper on his lips but he was not surprised. His day job working for Katalyst regularly got him into all sorts of trouble and he was used to feeling like shit almost every morning.

What surprised Michael was that he found himself laying face down in the middle of a dark tunnel illuminated by the weak glow from a cracked lamp attached to a hardhat in front of him; not wrapped up like a warm burrito in his bed.

Sitting up Michael clutched his spinning head. Feeling his hand strike the massive knot on top of his head he grunted in pain.

Michael couldn't remember why he was here, but between the hardhat sitting in front of him and the familiar weight of his work harness on his chest, he had some suspicions.

Grabbing the hardhat from the floor in front of him he felt a large crack along the top, nearly splitting the helmet in half.

That explains the goose egg and headache Michael thought.

Gently placing the nearly broken helmet back on his head Michael took in his surroundings.

In front of him, silken strands reflected at him with all the colors of the rainbow. The strands hung down from the walls and ceiling above, following the path of the straight tunnel ahead into the darkness. Where the light of his lamp ended and the darkness began the strands seemed to shimmer and twinkle like firefly's in the dark. Behind him was a bare straight stone tunnel.

Michael had been traveling to exit the drainage tunnels after finishing up his workday when he came across a young Glim spider nest. With dollar signs in his eyes, he ignored the danger and rushed to harvest what he could before the forecasted rainstorm was expected to strike early this evening potentially washing away any sign of the nest.

He knew the older Glim had a tendency to set traps in their nests he just never expected one so young to do the same. So when what felt like someone struck him across the head with a baseball bat it came as a complete surprise.

Looking along the floor Michael caught sight of a football-sized rock cracked in half, most likely the same rock that struck him across the head.

His grandfather had always called him hard headed he was probably more right than he knew.

Shaking his head at his own foolishness he used the wall to leverage himself to his feet. Stupid shit like this is what gets people killed down here, he knew that, and yet at the first sign of a big payday he did what he always told himself he would never do. Rushing ahead like a fucking idiot blinded by greed. If he ends up drowning down here there is no one else to blame but himself.

Glancing at his wrist watch to check the time Michael suddenly froze. In the distance he could hear the faint sound of running water. Staring at the cracked surface of his watch the glass reflects the rising fear in his eyes.

He was out of time.