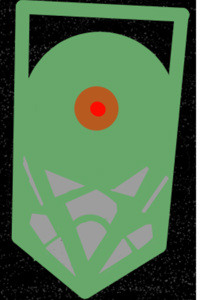 ch;1 Beginning of the end pt 1

hi im new so be nice.

[ judge Silas Kohli Aveda Of the allcallLou] You have been found guilty of accident xenocide, we have read your reports the council is not one to cast Judgement blame to you for what happened, It was not a part of any knowledge that this race ;Humanity; managed to create AI that did not destroy them you followed protocol so true you have been found guilty but it was training the council cannot decide a punishment but y,./

[ Alicia Liu from the fallution] Intersection great judge there must be a punishment even if it's accident, like this must be punishment, general SalonC you are one of the greatest generals of the order of life Your expertise against the AI Menace is extremely useful, but as I said earlier there must be a punishment but I do not know what the punishment should be let it be a vote (a) quick and painless death (B) a slow death (C) dishonorable discharge and finally (D) discharge we will decide what type if (D) a vote should we begin.

[ judge Silas Kohli Aveda] the vote is in we will have another vote. let's begin

[ silver Fang light of the apali] pllay judge is this all for today?

[ judge Silas Kohli Aveda] yes Fang I shall see you all next time the Council is needed.

[ Tom unknown profession] Jthon we have an issue it was currently. it is 22 scratch that 33 old mk/2Guardian class offender class mechas, The ai's have gone Rogue there's some strange machine inside most likely controlling them, we need you to eliminate them and move in and Either secure it or destroy it, hey do you know what terrorist group that created it my money is on the Sahalie blade, the little scaters have been getting good of a late,.... Over.

[Jthon] you totally forgot to say over didn't you over.

[Tom] yeah I totally did over.

[J] I almost there anything special about the mech?

[T] no old school plasma casters one has access to a old school Shield generator but it is Only 15AA rated your small pistol should be able to punch through it....are we done saying over, over?

[J] thanks. but no but it's getting kind of annoying but alright what now I'm outnumbered 33 to 1 wait a minute mk2?

[J] you mean the ones that both the arms are plasma casters? and one has a Shield generator was that Captain?

I landed right in front of the door I unlocked it very quickly {It was really easy I'm very good AI and the door is nothing more than a few pieces of Code} I move into the facility I go to the main storage room {In the very back and left the facility} mechas are held up, I stopped at the intersection two of the Guardians are guarding the door I grab my plasma rifle and I activate my shield generator {150AA} I quickly turn and run to the one on the right{they may be old but they weapons can still do damage if they hit} I aim my rifle to one on the left and I shoot once it goes through the body I body check the one I ran to enemy units are destroyed I'm lock the door and Coppell for a shootout I opened it, I locate the enemies are in one big group I tossed one of my emps at the captain after i shot him with my rifle all the enemy units are destroyed,

[T] I don't know but something looks strange.

[J] no I don't see Anyth what's that object?

I walk forward to the strange object

[J] hey you seen this I hope so cuz this is make circus feel bad. Tom you there?

I back up from the object just in case.

[T] yeah just send some strange signal to space FTL communication no doubt in my mind i don't think this is good come back we need think of something fast and you need some maintenance.

[J] I I'm coming back what about the object though?

[T] task force 11 On the way, codename timer down is on the way see you soon.

in the Mishon Alliance Center all five factions In a trucs

The fraxion Nets Tinsalons, Russia, America and Mishon Alliance are discussing the possibility of alien invasion

[FN] Martians how long has been operational for 1 hour 2 hours a week a month how long!?

[MA] we do not know we just recently discovered it 5 hours ago We sent Jhton he dealt with the overloaded mk2 Guardians without getting hit or shot at.

[RU] so does anyone have any signatures of that at any time?

[AC] we got Something but it's not good if it's correct.

[RU] will send you all ai and quantum computers.

[MA] I along with the entire Alliance will do the same.

[Tin] the Tinsalons will give you everything we got.

[AC] the entire solar systems working together now hopefully this does not end foul.

[?]prepare to destroy the AI minute we must not let it escape the solar system