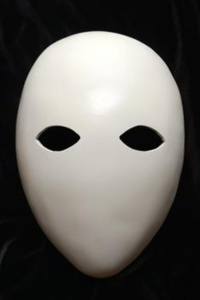 We are at war.

We haven’t always been at war. No, we have records that date back 4 centuries ago that claim the entire world was at peace. Claimed, developed, quiet. Then something changed.

It started small with only some anomalies here and there. Strange beasts, the land changing subtly, a few people going missing. Now when I say a few people, I mean a few millions. A small amount at that time when we apparently used to be billions strong. Now that would be a good third of our population.

Moving on. The anomalies happened exponentially from there, almost too fast for anyone to react. I say almost because we did react, spectacularly so I might add.

See the entire world was united at the time so armies and strength weren’t all too important for the prosperation of the world. It sounds silly in hindsight but that was how it was at the time. But armies not being important doesn’t mean they didn’t exist, how else was the world united than through war and bloodshed?

We were definitely anything but peaceful, something that hasn’t changed all the way to today. So when armies of the dead poured through dimensional anomalies, Beast-Lords united and evolved on the spot, and the very land itself fought us. We fought back.

It was devastating and not for us. Our technology at the time combined with an entire world of geniuses of all kinds of arts shredded these invaders and Beast-Lords like pigs for the slaughter.

Shh stop laughing, the pig lord is still alive today and is one of the mightiest lords to ever exist.

Now you might be wondering... What happened. If we were so strong and advanced, what could have possibly lead to the destruction of our entire world? It was nothing complicated like the undead growing exponentially, at the time they were weak with only minor zombies. The Beast-Lords played a minor part, the giant pig being a large contender but not even that gluttonous mass of pink could have consumed everything.

It was ourselves. Turns out it was just a probing attack. At the time we were cocky, With immense confidence, we looked at these dimensional anomalies with greed.

A whole new world, hundreds, thousands of them. New land to explore, new land to conquer. Let’s just say that when our armies stepped through these gates it wasn’t treasure and power they found. Don’t get me wrong at first there were certainly riches and items of immense power in these realms but the path to power is anything but easy.

Within a week 80% of our military might was obliterated.

Just like when they invaded us and we destroyed them they did the same, quite ironic really. Well once we were crippled our enemies doubled down, corruption spread, dead were raised and we lost. And then we lost more. And then we lost even more.

Now here we are today, the final bastion of the humanoid races, still fighting this bloody war 400 years later. With the world tree at our backs, dwarven bunkers under our feet, Surrounded on all sides, we still resist, until none of us remain, we will fight.

1 week before he single-handedly stopped a pig horde.

May he rest at peace.