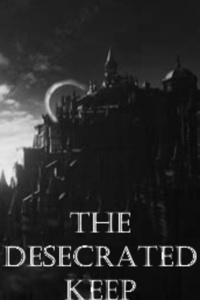 When a young smith's hamlet is threatened by a dark power thought long vanquished from the world, will he and his unlikely allies be able to end the threat before it's too late?

The story will be updated every Monday, Wednesday, and Friday until complete.

The story begins with (or rather, in the meddle of) the attack on the main character’s village by bandits and undead. Our hero, Riggs, is tasked with finding and slaying the evil that is behind the attack after a mysterious stranger arrives to save him. It's basically a "hero's journey" story, and for all that it has the common tropes of this type of story, it is well executed.

The characters are pretty well written. There’s Riggs, the warrior, Lyraal, the sorcerer, and Noctessa, a druid/ranger. The story is told exclusively from Riggs POV, so we don’t get to learn that much about the others, save for tidbits they drop in conversations. Still, the author does a pretty good job of fleshing them out in the short time we know them. Lyraal is probably the most interesting character, and it’s unfortunate that we don’t learn more about her.

No complaints about the grammar, they style of the writing is pretty straightforward, but it works. It was a bit jarring to be suddenly dropped in the middle of a battle, but you can pretty quickly piece together what’s happening. There was some internal dialogue where Rigg’s past experience fuel his self-doubt that could have benefitted from some way to separate it from his own internal dialogue. Maybe something like “a dead voice whispered in his ear.” It’ a minor quibble, but there was also a fair amount of putting emphasis on certain words by bolding them, which makes them stick out too much. Instead, they should probably just be normal font, or italiscized at most.

I feel it could benefit from a prologue/epilogue. The story takes place in a pretty small region; it would be nice to see a bit more of the wider world. Still, this was a pretty fun story to read. Overall, I’d recommend it.

I have no Idea what is happening

As of currently I have no idea what is happening, it all feels like someone gave me a book but tore first half of the book beforehand. I have no idea who these characters are, where are they and what are they doing. There are mentions of character we never met and events that we were not told as if I am already supposed to know them. Certain level of mystery is good but if reading something constantly forces me to reread everything to figure what is actually happening that is bad. This is marked as horror, but I cannot be afraid of something I do not know, and currently I am told nothing other than there is some big guy who apparently is protagonist, that apparently something terrible happening and something is lurking there. When some characters showed up, I had no idea if protagonist should be wary of them or not, we are not given enough contents to put plot together from what little we are given, it makes reading it a chore, which is not right. Book should have beginning, middle and the end. As of now we have only the middle. First 4 chapters are extremally difficult to figure out, it gets better with every next chapter but the beginning in the state as it is right now will turn many people down.

I have no complaints about grammar, seems to be rather well written in that department but keep in mind I am not picky in that matter either.

Characters are interesting, especially the druid, MC is quite bland but mostly due to how short this story is and the simple fact that we did not have a much time to get to know him.

Do not get me wrong, it is not a bad novel, but a beginning could be better, some prologue would make everything more concise. I did enjoy reading and I recommend doing so. Assuming this is authors first book it is good.

Once upon a time, Riggs Korjak fought zombies and joined two ladies to make his most precious person re-dead.

The story is basically about fighting zombies. It's like the first chapter to most apocalypse stories. In fact, this story feels like a side quest or a prologue to a larger story.