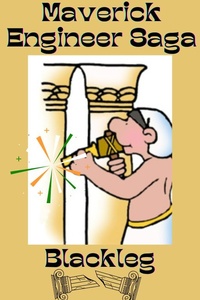 Fiction Page Report Chapter
What do you think about ancient India? Is it interesting to you as medieval Europe or China?

What do you think about ancient India? Is it interesting to you as medieval Europe or China?

Please answer the poll. It might give clarity to the author.

Pain ached all over Arjun's body like sea waves ebbed and flowed, making his consciousness hazy.

Arjun moaned and thrashed all over. In his haze, he heard a concerned male voice.

"His fever is high, and he cried in pain all day, and where were you when I needed you most?"

He heard a sad female voice speak in a threatening manner.

"I went to the old lady's place to ask medicine, and she gave me this herbal paste to apply on his forehead," the male said urgently as if to stop the female from the further rant.

The female cried: "Useless husband, you should have told me about this earlier"

He heard a running sound and
a warm touch on his forehead. Something sticky was applied to him. It felt cold.

The pain started to fade in a few moments. He heard people talking, but it felt distant. His body ravaged by pain left him tired of body and mind, and he welcomed sleep.

Rooster crowing somewhere nearby and light rays of the sunrise peeking through the room.

Arjun woke up, but sleep and the suffering still left him disoriented.

"Where am I!" He muttered.
The room he was lying in was made of mud and the roof was thatched like any rural house in India.

He got up into a sitting position and felt weak but ignored this sensation and looked around in confusion.

There was no furniture or anything remotely like modern appliances present in the room.

Further, observation allowed him to understand that what he considered a room was in fact a house and of a size of 100 square feet.

Arjun moaned that something was not right but could not figure it out.

He cocked his head and widened his eyes and said in an agitated manner.

"Where are the lights, fan, stove and other things?"

Recently, he heard in the news that kidnappers take their victims to deserted rural places as hostages and only after a ransom amount was received that the victims were freed from captivity, but that was not possible. Even though his family can be considered middle class, but his parents cannot raise any substantial amount of money to pay the kidnappers.

Arjun scratched his head and looked at the entrance of the house, the door was wide open and not locked. Obviously, no self-respecting kidnappers would be so inept.

He looked again to find out something that would solve this puzzle. Spotted a few clay pots near a traditional stove that used wood as fuel.

This made him more and more puzzled. Arjun walked unsteadily to a pot and opened its cover aroma of fresh porridge wafted him.

"Rice porridge!" Arjun mumbled.
A sudden voice was heard behind him.

He turned and was ready to confront the person to ask some questions.
He widened his eyes and stared at her and promptly forgot all the questions that needed to be asked.

Arjun looked at the person at the entrance with bulging eyes and a gaping mouth and finger-pointing, but he could not say a single word.

He tried to open his mouth again to say something, but words stuck in the throat.

"Boy, I know you are hungry. Porridge is ready" the lady said in a nonchalant tone and unconcerned with his odd behaviour, this indicated she had rich experience in dealing with dullards daily.

He awoke from reverie and croaked like a frog.

"Why are you topless?"

The Lady put her hands on her hips and rolled her eyes and shouted "Aiyo, This big you are, and you want to drink milk instead of porridge".

He was shocked and embarrassed, but the lady was bossy and totally unconcerned about nudity.

He took several deep breaths to calm down his chicken heart, but he looked more and more like a tomato suffering from severe constipation.

After a few seconds, he felt calmer and took a good look at the bossy lady.

Actually, now he looked carefully, she was not topless, but she was wearing a saree without a blouse, but her bosom was so voluminous and cannot be hidden and his vision zoomed to it.

"Boy, you are five years old, and I stopped lactating a few years back. So no milk," she said with the last vestige of her patience.

The lady looked really pissed. Whether illness or not, she was prepared to hit him on his head.

He hurriedly looked at his hand and legs. They were thin, short legs and hands.

This was probably the last straw that broke the camel's back. He hyperventilated. And fainted promptly after all one can weather so many shocks in a day.

Haha, readers, did I thirst trap you successfully?

Please rate this fiction. It will help the author's work more visible on this platform.