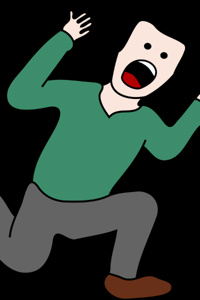 Death and chaos since the first second once the system comes, billions die to monsters. The chosen one slaying them all with great skills and being chosen to lead humanity with the very ground they stepped on being praised by the common people. That what is found in wish fullfillment stories, not here.

"Monsters? Ah, yes. There are some weird rabbits on the fields, I heard that the are some big ones on the deserts and other low populated areas... But they don't come close to human settlements." A scientist said on the tv show. "A ship has sunk due to giant monster attack." News information. "Price of goods is to increase since shipping over oceans has become more dangerous." The main character decided to grind skills in safety and stay away from all those dangerous beasts.

It will be a story of slow descent into chaos and a rule of might.