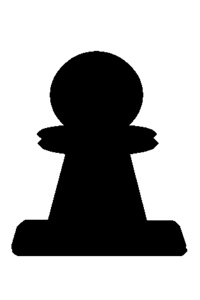 The Gods are INSANE !

I was woken up to take my watch shift. Though I doubted anything would happen. After those monsters popped out of the fold earlier than expected, there is no way another set should escape so soon. While folds were not on a timer, there was a limit to the monsters that one could spawn. Each fold had two types of monsters. Those that were tied to the magic of the fold itself, which kept it active and also acted as guardians. The other type were spawned in the fold, but were allowed to exit to our world. This fold, as we found out, spawned Ogres and Gremlings.

Folds were not exactly real in our world. They had no physical make-up. You could not hack them apart or cause damagae to them with magic. They were simply like a doorway or tunnel that led litterally nowhere. Or at least no one was able to find out what caused folds to appear or found other exits. Delvers would go in, clear out the guardian monsters. They would capture one so they could return to the exit before killing it , which would cause the magic to fail and collapse the fold.

Folds were not completely bad for our world though. When a fold collapsed, it would release a large amount of mana into our world. The higher level the fold, the more mana it released when it collapsed. This mana kept our wolrd fed with power. At least that was the popular theory. Sages theorized if the folds stopped happening, our world's mana would eventually become all used up. Then again, it never happened, so it was just a theory. This excess mana also fed the monsters that were allowed to escape into our world. If the mosters were not all hunted, those that escaped could grow very strong from feeding on not just our worlds mana, but the folds mana surges as well. It was like a mana shockwave that spead out for hundreds of miles, saturating the areas with a mana burst. Then the mana levels would slowly drop to normal over a day or so.

The weird thing about folds no one could figure out, why they did not spawn in the deep. Our world's interior was basically one huge labyrinth. Millions of miles of tunnels, that opened up at times into vast underground landscapes. Magic created some wierd things below the surface of our world. Some kingdoms even built underground cities and fortresses to harvest materials. This labyrinth was know as the deep. No one knew how far down it went. At least there has been no record made of it. Does the planet have a big central room ? With gods living there watching over us ? Only the gods knew for sure.

That was where I was looking to make my mark. The deep, although not safe, was not nearly as dangerous as folds. Often Delve teams would lose member in their fight to clear a fold. Or even whole groups would be wiped out. Folds were no joke.What we faced out here was just the first spawn wave. as time went on, things could even get scary out here. The more the spawns were allowed to happen, the larger and stronger the spawned creatures became. Once, two kindoms had to send their armies to fight through a small horde of monsters just to get to a fold. They had encamped the fold like it was their own city center.

Nope, I am going to relax in a nice comfey position guarding a mining detain or something in the deep. Easy money.

As I mused over my life choices and what skills I may end up training, I got up to relieve myself. I let the man beside me know I had business to take care of and walked away from the camp fires for some privacy.

I began to undo my pants so I could relieve myself. I pulled them down from the top and let it hang out. Suddenly my right arm swung up to stick straight out to the side. My pants splied up and I ended up wetting myself before I could stop the flow. It was kind of jaring. I have no idea what has been happening to my right arm. It's like it has a mind of it's own lately. Try as I might, I could not lower it. I mean I had full muscle control. I could wiggle my fingers and move my hand. I was unable to lower my arm. It was like fighting agaist someone holding it in the air by my wrist. Then it just released and my arm was mine again. I looked around to see if a mage was playing a joke on me. Though no one came forward to laugh at me for wetting myself. I need to see if a healer could take a look at my arm. This was getting kinda wierd and scarey odd. My mind imagining all kinds of wierd things. Like curses or being taken over by some wierd parasite.

I went back to camp, cleaned up and changed my pants before anyone found out what occured. Last thing I need after finally getting my citizenship and getting a compliment from Kraig, was to fall back on my face so to speak. Things were supposed to be looking up now. Not get wierd.

My watch shift came to an end. As the sun begand to rise and warm the land, the camp began to stir. Cooks began making breakfast, everyone else busyied themselves with whatever they did for their morning routines.

I asked around for a healer who could look at my arm. A middle aged woman who was pretty easy on the eyes said she would have a look at it for me after I told her what had occured. Well, leaving out the wetting part. She cast a spell upon my arm, I assume some kind of diagnostic magic to see it there was nerve damage or the like. I was not overly familiar with magic since I could not control it. People were not taught about magic unless they could use it. That would be a waste after all. I mean sure, I have seen magic being used and cast. But I was not familiar with all the specialized magics.

I wasn't exactly overly attracted to this woman. After all she was almost my mothers age. She did have a nice sized bust and very shapely hips. I mean, I wouldn't turn her down if she was asking. And my blood began to race a bit as she held my arm. Which caused another thing to stir.

Oh this is not good. Who am I kidding. If she doesn't hurry up, I'm going to have to find something to cover the front of my pants ! I mean she smells sooo good. And her leather pants hugging her sexy hips and legs... Ugg stop... think of... mom and dad kissing. Umm. Eww. Or something else ! Lalalala.

"Nothing seems to be wrong with your arm. It does seem your blood pressure is spiking. Maybe you should relax. I could just be stress from what happened yesterday. Go get some sleep. I will take to the captains and get you the day off."

"That you" I reply trying my best to keep a straight face. thought I am sure it's plently red.

The healer smiles at me then turns to go. Then my right arm jumped of it's own accord to slap her in the ass! OMG... that did not just...

She turns her head to look at me, then down at my arm. My face likely pale as a ghost. All the blood is no longer rushing to my head, but settling in my feet. My Hand and wrist are bascially stuck to her ass. Gods, just kill me now!

"Just go get some rest" she says with a wink and walks away.

I almost faint from embarassment. Then head off to my tent to get the perscribed rest. And to sear the feeling of her soft warm behind into my memory.

I touched a womans butt and didn't get smacked !!!

Bio: I have enjoyed many stories over the years. I hope I can create one for you to enjoy.