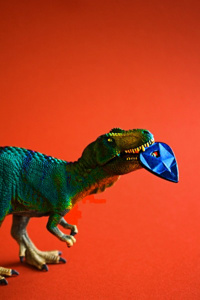 Max plucked a few cyan color berries and popped one inside his mouth. He bit them down and felt the juice spreading. Sweet. He smiled and pocketed a handful in his other pocket. It was his sixth time trying an unfamiliar berry and the experience wasn’t pleasant. Some bitter, some taste like shit, and some made him woozy a bit. But like always he spat things out the moment he tasted funny. Well, let’s get back to choosing my class. The class choosing was postponed for a while since he had other important priorities last night and it was very important. He snickered just thinking about it. For some reason, he felt compel to favor Charm after last night.

Hmm, do bards use Charm? I’m enticed if it is. But I’m terrible at singing. Once Kate threw a bottle at me just because she couldn’t stand it. And I can’t even play an instrument. Does the triangle count? Max was having ideas on the Bard class but he was still wasn’t sure. Acolyte was also interesting, fighting while healing like the undying on the battlefield. But the MP expenditure would be disastrous. His current skills all required the use of MP or Chakra and adding along a recovery-type of skill would only empty the tank even sooner.

I guess Acolyte is a dud. He crossed that out and pondered about the rest. Mage seems the most reasonable choice since I know what they are and I’ve basically dumped most of my points in Arcana, the equivalent of Intelligence. He stared at it for a while. Don’t they have a production class? Like on the next page or some…

Something came up. What did I do? He read through a new list, something which he didn’t expect.

This is interesting. He could see the system leaning heavily on the production type, just from the numbers alone. Hmm. He rubbed his chin, pondering. There’s so much to choose from. Everything seems interesting. Farmer caught his interest. He kept his eyes at it, deep in thought. The only thing I can think about being a farmer is just growing crops and wait. The game system might help in reducing the time for harvest but other than that, I can’t see the plus in it, or am I being too narrow-minded?

It was hard to decide. Too many possibilities and too many options. In the end, he grinned. Fuck it, I’m just going to pick one.

“I choose Enchanter,” Max said it. He picked his path and a light glow engulfed him for a second.

Congratulation, you are an Enchanter. Class stat bonuses distributed.

Four skills, impressive. But from the look of it, there’s nothing offensive in all of this. He had an idea in mind. He stared at his combat knife and muttered a word. “Enchant.” He was expecting a glorify light surrounding his knife but his hanging light smile turned upside down.

Well, that sucks. But shouldn’t they at least tell me what I need? Despite the roadblock, he turned his eyes at a familiar verb. He flashed a smile. “At least there’s something useful I can use right now,” Max said, eyeing at Identify. He pulled out a cyan berry and looked at it. “Identify,” Max said.

Nice and simple. Since it recovers one HP, it definitely safe for eating. Then, he pulled out one of the beast cores he collected. “Identify.”

Use: Material for production process

Monster Crystal, there’s a similar ring to it, not that different from Beast Core. He pocketed back the beast core and unlike the description given by the system, he had other use for the beast cores. Let’s see the stat bonus. I hope they give lots.

Quite a lot, or is this also affected by any of the new skills? A question for the future. With his class settled, he turned towards the direction of the lake. He remembered his kills. He did a little excursion out of the woods, and he smelled the rancidness in the air. “Nothing beats late kill.” With the combat knife in his hand, Max did his work. Smells lingered and hands bloodied. He got six new beast cores, totaling eight.

He popped another ciya berry not minding the blood in his hand. His eyes gazed at the rising sun. He exhaled and had a thought. Morning exercise seems good. He busted out his move as within seconds he dove into his forms. He finished quickly and used up one beast core. He sat on the ground in a meditative pose. Another beast core rested in his palm as he absorbed it, filling up his empty Chakra tank. The beast core turned to dust and Max got up. He washed his hands and as he ran back to the woods, he stopped. “Well, what a surprise.” He hoisted his machete at the green wolves. He grinned. “Let’s up the notch for morning exercise,” Max said. They clashed and blood spilled. He came out as the survivor with another beast core in hand and a surprise for someone on top of a tree.

“Hey.” Max emerged from above, startling Tori. She was quick, swinging her combat knife at the sudden guest. “Fast and alert. I like that Miss Santos.” He pushed the tip of the combat knife away from his face. “You almost made me hurt you,” Tori replied. She smiled warmly at him, despite the knife. “You already did, remember last…” A knife rested on his neck. “Not one word,” Tori warned. The glare was apparent. Then, he heard a grumble and stared down at Tori’s stomach. “Now I know why you’re a feisty this early in the morning,” Max said. “And I’ve got the right thing to fix it.” He took a handful of ciya berries and Tori rushed for it. She gobbled it down, easing her rumbling stomach. “Mmm,” Tori closed her eyes and savored the sweetness of the berries. “This is so good,” Tori said. Then her nose wrinkled. “What’s that smell?”

“The smell of modern luxury.” Max showed the thing he hid behind his back and Tori couldn’t hide her shock. Her eyes widened and then she glanced at Max back and forth. The meat skewer in his hand grilled to perfection laid upon Tori’s eyes. She reached for it and stopped at the last second. “Wait, is this?…” She hesitated. She looked at Max. The only thing she knew that lived in these woods were only green wolves.

“Whatever you imagine, it is what it is,” Max said. She pulled her hand back. “I’ll stick with the berries,” Tori replied. “Suit yourself,” he bit a chunk and savored the meat juice exploding in his mouth. “Perfect,” Max said. There was a little bit of juice dripping at the corner of his lips. While Tori questioned her taste in men.

“I’ll leave it here if you want it.” He stuck the skewer on the trunk. You would never know when a person would cave in to their desires, especially hunger. Max was about to make his exit, but Tori grabbed him by the arm. “Where are you going?” Tori asked. He smirked. “Where else? I’m going to fucking kill the Alpha.”

“Wait,” she tugged him closer and Max could feel the strength behind her arms. “Whoa.” Max raised his eyebrows. “How much do you put in Strength?”

“You can’t underestimate an Alpha.” She ignored Max’s question. “I admit you’re strong but an Alpha… they’re at a whole different level,” said Tori. She stared deep into Max’s eyes, glistening. “Yea, I understand that but…” He gave a peck on Tori’s lips. “I can handle it.” He turned away and yet he felt another strong pull. Okay, this is getting out of hand. I should have put some in Strength.

He got a long day ahead of him and Max did what was necessary. He went for a kiss. Deep and lingering, waving his tongue with Tori’s. She felt it too and as she was getting into it, Max parted. “Wait for me.” He grinned. Then he jumped.

He strolled through the forest floor with his hand in his pocket and the other playing with the machete. He hummed like it was something normal to do in a forest filled with hostile beasts.

He escaped the woods and returned to the lake. He remembered the memories he made by the lakeshore. Well, excluding the dead canines. He strode through the meadow, feeling the wind brushing against his skin. It felt good and he made his way to the tree line. Max stood outside the woods, staring from afar. It was different. Different from the one he left Tori at. It felt bleak and the air more dreary. The trees were darker and the overall atmosphere was unwelcoming. Feels unsettling. Being reckless seems adventurous but… let’s not push my luck. Dying this early in my third try at living would sound too stupid. Let’s push it a bit longer than nine hundred and ninety-nine years.

Max sat down cross-legged. He tuned in to his inner self and concentrated on the beast core laid in his hand. Chakra gradually filled up and by the time he opened his eyes, Sage Flesh Alteration went into motion. Three hours passed and his body was drenched in sweat. He punched the air and heard the air ripped. Then he felt it.