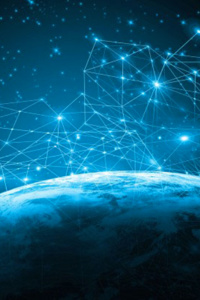 It's because I want the sweet sweet experience!

I don't care about the girl, I just want a reason to start a fight.

"Are...are you insane?" The red-haired guy that I'm just going to call the leader for now hissed

He covered his eyes with his hand and sighed, then bellowed -

The 8 guys got off their bikes and the closest one to me drew a knife and rushed me.

He lifted his arm above his head and slashed down

Time slowed down. Just for a moment.

I jumped to the side, dodging his attack, and threw a straight punch right across his jaw

I smiled and easily maneuvered away from his second attack, his moves were sluggish and drunk.

I proceeded to deliver a low kick to his knee cap

He tried to scream but I was quick to react and covered his mouth with my hand, positioned my right leg behind

his right, and pushed down with all my strength.

He tripped and his skull smacked against the concrete floor with both his and my weight down on him.

I looked up at the rest of his group and tried to act as badass as I could.

Everyone wore a stoic expression on their faces, not because they were uninterested or because it was boring. But because their brains couldn't comprehend the information that they had received.

The only one not dumbfounded by the situation was the leader.

He grinned and did a slow clap, the sound echoing in the silence, the only other sound was the fire quietly crackling in the background.

I felt like throwing up, I was barely maintaining my composure.

Sure, it was mainly due to adrenaline and my [skill]...but still!

The leader came closer to me and asked

"Would you like to be part of my group?... We are one man short." He glanced over at the corpse of his former member.

"...Well...he's already dead...and I want stronger members of my crew." He replied

I stared at him.

I killed his member...and he didn't even flinch.

I rubbed my chin, pretending to think it over."How about...no?

His demeanor didn't change in the slightest

My heart skipped a beat.

I start to feel movement from under me and in a split second, a metal spike protrudes from the ground. I narrowly dodge it, but it managed to cut my cheek.

I backflip away from the danger.

I gaze up at him.

Dozens of metal blades and sharp metal debris are suspended around him. With a pushing gesture, all of them fly at me at high speeds.

His face retorted into a sick grin.