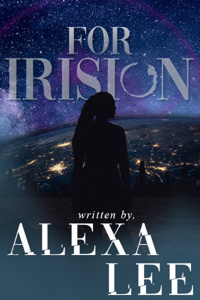 “And you’ll tattoo anything on me?” Cas clarified.

Cas grinned in response then turned and threw his arms around my shoulders, pulling me close for a hug. I wrapped my arms around his waist and held him tightly.

“Thank you.” He whispered.

He knew this was my idea. I smiled against his chest and didn’t let go until he started to pull back.

“I actually did have a thought.” He said, turning back to Chal.

“Let’s discuss it in there.” Cas gestured to the surgical room with his head.

Chal’s eyes flicked between us all before returning to Cas.

“Let’s indeed. I’m excited to hear your idea. It can’t be worse than the last one. I’ve said it before and hopefully, I’ll never say it again but I will not tattoo the n’hitel logo on you. I don’t care if you think that might help them bring it back into production.”

They stood and started to walk towards the changing room.

“No.” He answered, a little too quickly.

I must have looked offended because he quickly continued talking.

A laugh tumbled out of my mouth. “That’s worrying.”

“Why don’t you all wait in the changing room? You can watch what we’re doing without being able to see the tattoo then you can shower and you can come in once we’re done?” Chal suggested.

I looked at Cas to see what he thought.

“Will you turn off the mic so they don’t hear us discussing it?”

Cas smiled back at us and we followed them into the shower room, waiting whilst they got ready.

“I don’t know… he seems to have a plan…” I replied chewing on my lip nervously as I watched the door to the shower.

“He does. That’s a concern for me too. Maybe it’ll be the full back spread of Frida he suggested last year?”

I scrunched my nose up. I hoped it wasn’t that.

“Maybe it will just be the n’hitel logo?” Peggy suggested.

I hoped it wasn’t that either. I wasn’t sure which was worse.

Cas emerged from the shower, trying to smooth his hair back down before slipping the hairnet on.

“It’s not the n’hitel logo.” He confirmed.

“What is it then?” I asked impatiently.

“You’ll have to wait and see.” He winked.

I glared at him. I hated surprises.

“In we go,” Chal said, opening the doors.

“You got this!” Gem shouted.

Thanks! Cas thought as the doors closed around him.

I watched through the glass as Chal and Cas spoke intently, the corners of Chal’s eyes crinkling as they did. Cas said something, tapping the back of his arm and then patting himself on his shoulder, seeming to indicate his back. Chal grabbed a screen from the trolley beside him and started working on it, showing it to Cas every so often for his approval. I watched, my eyes flicking between the screen I couldn't see, Chal’s face and Cas’ face.

“So… is he getting a full sleeve? Like, why else would he show his arm and his shoulder like that?” Gem asked, watching them too.

“I think he meant his back when he patted his shoulder,” I said, my eyes not leaving Cas.

“We should probably start to shower right? I don’t know how long this will take. How long do tattoos normally take?” Peggy asked.

I shrugged. I’d never seen anyone get a tattoo before so had no clue.

Chal showed Cas the screen again and Cas said something whilst nodding. Chal stood and gestured to the bed before turning towards a small cabinet on the wall. I strained with my ears but it was soundproofed in there. Even the mods we’d had fitted a year back weren’t helping.

Cas stood, his eyes meeting mine before he slowly lifted his shirt over his head and dropped it on the bed. I knew I was blushing as I looked at him but I refused to let myself look away from his face, despite how badly I wanted to look at the rest of him. He smiled at me before saying something to Chal who was carrying the tattoo gun and inks back to him on a tray. Cas lay down on his front on the bed using his shirt as a pillow as Chal attached his screen to a holder above the bed. I edged around slightly to try and see the screen but he’d angled it so we couldn’t. I breathed out a sigh of frustration and went back to watching Chal lower the tattoo gun closer to Cas. His face barely moved as the needle touched him but I couldn’t look away. The slight crease in between his eyebrows showed that it was hurting him but thankfully, it didn’t seem too bad.

“Aries, it’s your turn in the shower,” Peggy said, touching my elbow gently.

I flinched, having not noticed her come up to me or having showered, and turned back to the rest of my crew. Peggy and Cory were both already out of the shower and Gem was gone. The other cubicle door was closed with the light on over it so I assumed she was in there getting ready.

“Oh… right…” I muttered and rushed into the cubicle.

I showered as quickly as I could, grabbing the comb and towel before pushing the door open again.

“Good timing. Chal’s just about to start stabbing him again.” Gem said with a grin.

I moved towards the window, distractedly combing the knots out of my hair. Chal was just bringing the tattoo gun down onto the back of Cas’ arm and I watched carefully as he worked.

How does it feel, Cas? I asked.

It’s not too bad. Nowhere near as bad as a jab. He replied.

Huh. I always thought it would hurt more. Gem added. Ready to tell us what you're having done yet?

Nope. You’ll have to wait.

The wait was horrible. I didn’t like being separated from Cas or any member of my crew and no matter where I went in the room I couldn’t get a good look at his tattoo or the screen. Chal worked on his back in a few different places and then on the back of his arms and I couldn’t work out why. It didn’t seem like he was getting anything big though, Chal didn't work on each area for long but it still felt like forever when he finally leant back from Cas and said something. Cas’ head came up and he sat up slowly.

His chest was to us so I still couldn’t see the tattoo.

Are you done? I asked impatiently.

Chal gestured to a mirror on the far side of the room and Cas walked towards it. I wasn’t sure if Chal was using the blockers in the window but I couldn’t see anything on Cas. My eyes darted back to his face. He was looking at his tattoos in the mirror, his face shining with happiness and pride.

“Did he get a tattoo? I don’t see anything?” Gem said, her face almost pressed against the glass.

“Me either! Did anyone see Chal turn on the blockers?” Peggy asked, examining the window.

Chal said something and Cas turned to see us pressed against the window, staring at his back.

Come in then. He thought with a laugh.

The door beside us opened and we rushed in.

“Show us then!” Gem demanded.

Cas turned and for a second I didn’t notice anything. They were barely noticeable, almost blending into his dark skin. Just a few small marks on his back, like freckles almost.

“What is it?” Gem asked, her face screwed up in confusion.

“I got us… Our constellations. How they looked from Earth,” He said quietly, looking at us in the mirror.

A hush fell over the room.

“Cas!” Gem shouted, hitting him on the shoulder.

“Ow! Careful near the tattoo!”

“You’re on the back of my left arm.” He said, holding his arm out a bit to show us.

“Because I’m always on that side when we do capture the flag?” Gem asked, her eyes filling up with tears.

“Yeah and Cory you're on the other one, right above where I got stabbed and you stitched it up a few years ago.”

Cory swallowed but didn't say anything, his eyes were shiny.

“And Peg you’re right in the middle of my back, you know, where you threw that screen at me that time.”

My eyes went to his final tattoo. Just four little dots on his back. Right over his heart. Without realising, I reached out and touched the constellation, my fingers tracing it softly as I met Cas’ eyes in the mirror.

“Do you like it?” He asked softly, his eyebrows crease in worry.

He turned to face me.

He smiled, the dimple on his cheek showing and I smiled back at him. We were standing so closely. I could feel the heat radiating off his chest. His face was so close to mine, I’d barely need to lean forwards to kiss him. My chin raised subconsciously and my eyes flitted to his lips. His breath brushed gently against my lips as I started to lean forwards.

“Well, I love it as well. Why would you get Aries’ tattooed there of all places?” Gem asked loudly, her innocent tone of voice ruined by the wicked smile on her face.

I stepped away from Cas quickly, realising we were still in the same room as our entire crew and Chal.

“I’m glad everyone is such a fan of my work.” Chal drawled with a smirk.

“We should get going… We need to be quick if we’re going to make our reservation.” I said hurriedly, my cheeks burning.

Bio: A lifelong dreamer, I focus on sci-fi, fantasy and dystopian novels which allow me to disappear into new worlds.