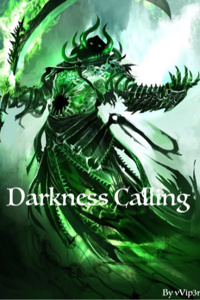 James was born on the wrong side of luck, his life being a constant barrage of painful losses or Pyrrhic victories. After taking a final, fatal, and ultimately futile stand against his demons, James was miraculously given a second chance at life in a world of magic and mystery.

Finding a purpose in magic and a reason to live in his new life, James discovers the will to fight on, unaware of the darkness that pursues him.

The prologue is rather vague but I think it's better that way because instead of knowing what's coming I get to surprise you.

The Mc isn’t a hero and he isn’t a villain, he’s just a man jaded towards people from bad experiences and trying to find a reason to keep going.

It's a mage story as well so expect that.

I’ve tried to be as creative as possible with the story so I hope you enjoy it.

Yet to break the mold

I have a soft spot in my heart for stories where the MC reincarnates as a baby in another world where magic or qi exists; they train as an infant(seldom in the womb) to adolescence as a set up for when they reveal themselves as an OP renegade that is uniquely more advanced than others of their same stature. Does DC scratch that same weakling to absolute powerhouse itch? So far, kind of. It's shaping up to be a satisfying adventure but could address some weaknesses in my opinion.
-The grammar needs some work; especially capitalization, punctuation, and sentence structure. But the author commented about re-editing after the first volume is concluded so things will most likely be ironed out at that point.
- Eras doesn't stand out to much as an MC with his troublesome backstory drafting him for the 'overlord who is kind to friends and hell on earth to enemies' role.
- Which leads to my most pertinent complaint which is how I can forsee this story falling onto the same monotonous narrative path of something like 'Supreme Magus' which is an ok web-novel in of itself but can quickly become a bore to some readers who don't want to put in tens of chapters to see the MC grow emotionally.

Still I've only read 15 chapters so everything I pointed out could very well be blasted into the stratosphere sometime in the near future. I encourage anyone thinking about reading this fiction to have some patience and let the budding author show us what tricks he has in store. I give him the most fortuitous of blessings!

Kind of Like It, and Damn He Publishes a Lot; Meh?

The basic premise of the story is similar to Supreme Magus or The Beginning After the End.  It's a bit of an underserved story, and I appreciate this for stepping into those shoes.  And the author has to be commended for publishing so much so fast.

That said, the execution is pretty "meh."  Normally, that would cut me off after ten chapters or so (my minimum for a review), but I got all the way up to 18 and I'm kind of leaning to continue reading (or perhaps putting it on my later read shelf).  Because it is a premise I enjoy quite a bit and a moderate amount of work would take it from "meh" to "okay" (and I won't speculate how much work it would take to make it "supreme").

Style: There are dozens of instances where there is a big ambiguity, or an apparent contradiction, or a hole in the plot or action, or something else that breaks you out of the story. The role of the prologue is very odd, and doesn't seem to fit the first 18 chapters of the story; could very well be trimmed down to a quarter of the length.

Story: The plot itself is fine (though we have some weird time jumps where he suddenly is much more powerful).  In terms of worldbuilding, I'll break that down into three pieces: real-world (prologue), mundane (ch. 1+), and fantasy elements (prologue partial, and ch. 1+).  Regarding the fantasy elements, the author does a fine job with that: the Shades are an odd mystery and a potential set of character development, and the magical elements he builds are a fair bit unique.

Things fall apart with respect to real-world and mundane aspects of worldbuilding (to be clear, the latter refers to things like "how a medieval village works", while the former refers to the 21st century).  There are dozens of instances, but the root cause appears to be the same: the author is writing on subjects of which he has only a very superficial knowledge and limited experience. The result being that some subject is elaborated upon, and is either wrong or different but without explanation for why so or inadvertently contradictory to itself.  The potential options for fixing are difficult: (a) research; (b) grow older and experience life; or (c) include some explanation in a re-write for why some real-world or mundane element is different in the setting of this fiction.

Character: The protagonist is kind of all over the place.  We profess to learn about his personality in the prologue, but that's not well accomplished, with it really only coming out when he goes on a date.  Further, it seems that a number of different personality traits just get thrown at him, without a clear reconciliation of them altogether into a single personality.  Indeed, there are instances where the protagonist thinks something which is consistent with these stuck on traits, and it becomes almost like he's a different person.

Grammar score - 4 - you only have to read one of my novels to know I'm not great with grammar and I don't really care much for it. So it was rare that some error or wording took me out of the story so 4 stars. one of the better of the site.

Story score - 4 - not really my type of story as it's panning out to be. But I can see where it is going and it's alright. it does however, suffer from lack of payoff. for example, he trains physically basically forever which is setup. then you only learn later that he is a bit stronger than his siblings in a single random sentence. that's the payoff. Anyway, the story is on the better side if not very slow going.

Character score 3 - the MC has no character. he has the angsty first life and gets the inevitable trust issues. but its immediately disregarded with the family. which up to this point is really the only people he has really interacted with. The family members have more concrete characters than him. But the MC isn't an unlikable cunt so standard 3 stars.

Overall score 4 - there is nothing terrible, its a story. its well written enough to not take away from it. The characters aren't horrible so far. that's more than most stories manage and my only real complaints are on a technical level. so 4 stars. better than average for the site.