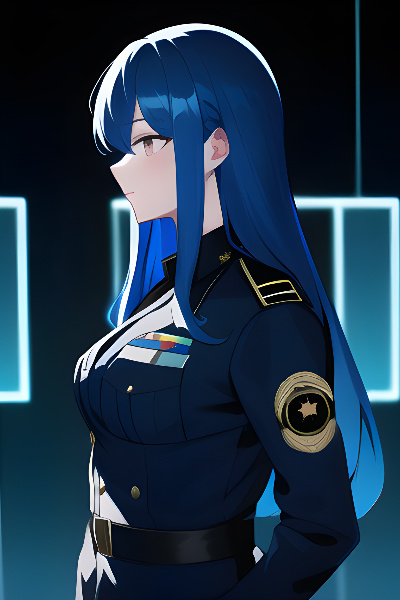 I wanted to shout out for DragonOfRochester because she helped setup the typography on the new cover. I was having a hard time and it really helped me out! She is writing a litrpg fantasy comedy brand new for Writathon. It is currently doing well on Rising Stars and while they didn't ask for me to shout the story out in return for their help, I wanted to do something to help them in return! So: Tanking Hits [I Level When I Get Hit in the Balls]

USD: Sometime in the morning

<A 500 word scene has been cut here to comply with the Writathon rules. It does not contain explicit content. It will be restored once the contest has ended. ShipCore chapters are released at the same time on Royal Road and ScribbleHub.>

He headed for the door, but she swallowed and spoke, “Wait.”

He turned around with a confused expression.

Elis stepped forward and gave him a kiss on the cheek. “Thanks, Daniel. I enjoyed our time, too. Sorry for kicking you out like this.”

“No problem. I probably would have been late to report back if I had slept in longer.”

He disappeared and the door clicked shut. Elis leaned back against the wall, fighting against all the different emotions overwhelming her.

It felt like a long time before she pulled herself together and got out her datapad.

USD: The next day

Alex watched the high zoom optical feed on the main monitor. The railguns had been firing non-stop for almost ten minutes, and hundreds of the kinetic rounds had turned the landscape near the front line into a hellscape of fire and devastation.

Lasers hit targets closer to the bastions of the fortified Dedian army, drawing red lines in the terrain that temporarily stalled the Rexxor advance. The orders had already gone out for everyone to shelter in place if they hadn’t made it to their planned secure locations. There had been no need for secrecy, and word had spread incredibly fast that the military intended to deploy an AMCN missile.

There had been objections, but those had quickly fallen silent. The alternatives available sucked. Alex certainly couldn’t think of any other way to save the battle. Not with only a few days, anyway.

She worried about that the long-term repercussions of deploying the weapon would be almost as bad as the army and escaping colonists being wiped out completely. It was the lightest missile in her arsenal, but it was still much more destructive than the kinetic bombardment.

Inside the city walls, a massive buildup had been completed. Armor, APCs, and tens of thousands of troops waited to storm out and clear the way for the entire army to retreat in a single movement.

“Firestorm-Alpha Actual to Blue-Star. This is a nuclear strike order. Targeting telemetry has been transmitted. Authorization code: Alpha-Alpha-Delta-Niner-Five.”

Alex watched the UI of the program the Dedians had sent her. The first line turned green, but the authorization required a second confirming one before she was supposed to fire. Not that anyone but Nameless was capable of launching any of their missiles, even the one that MilTech had bought.

It seemed a bit silly, but she supposed if she was running a real military vessel and not a ship being controlled by Nameless, it would probably be worthwhile.

“Blue-Star this is Governor Tyler. I am confirming the nuclear strike order. Authorization code: Delta-Seven-Seven-Alpha-India-Six-Five.”

Alex watched as the letters and numbers slid into place on the screen. The bar turned green and the confirmation system blipped a confirmation tone.

Alex pressed a key on the console to mute her radio so she could talk to Nameless.

“Nameless, give me a planet-wide override on all military and civilian frequencies. I want to make sure no one gets caught unaware.”

Alex reached down and unmuted her mic. Taking a deep breath, she addressed everyone they could reach on the planet.

“This is Tears of Fire, confirming nuclear strike package authorized by Brigadier Taverson and Governor Johnson. Ground Strike Coordinates: 3.37’4 -18.34’1. AMCN Estimated Yield: 200 Megatons. All personnel should take shelter within concrete buildings immediately. All anti-rad medication should be taken at this time. T minus 5 minutes until detonation.”

She turned off the comms.

“That’s fine. Just put it as low as possible to contain the gamma-ray burst distance. We don’t want to fry everyone not hidden by the planetary curve.”

[If you are reading ShipCore this somewhere other than Royal Road, Scribble Hub, or my Patreon then you should know this content was posted without the author's permission-Erios909, Author.]

Szizsielia had pulled her nestlings into the hive for long enough that they had begun to consume each other. She hated it, but it was necessary to remain out of reach of her rampaging mother’s clutch.

The screams of her mother had continued unabated. They had grown louder until even Szizsielia’s sisters from far away were responding in annoyance. Those sisters had far larger broods than Szizsielia. They had moved far from their mother’s influence, while she had remained close.

Her mother did not truly care for any of her daughters, but as long as she was not challenged, she did not bother to harm Szizsielia directly. So she had learned to keep her nest small and covert.

Now it felt like a mistake as the unceasing shrieks of pain and rage vibrated through the air and into her scaled carapace.

Szizsielia had been contemplating moving her hive in a great migration to the east or west, even if that meant she would likely have to fight one of her sisters or their own progeny there. Living near the conflict was quickly becoming more and more hazardous.

There was only one benefit to being so close to her mother and the horrible noise that wracked all the Rexxor hives.

She was close enough that she could piece together the events that had begun the rampage in clearer detail than her sisters. Her smallest, craftiest nestlings had finally reached the location of the battle between her mother’s horde and the soft-skins.

But the soft-skins did not fight with their weak bodies. Instead, they had cloaked themselves between mountains they had built themselves; they prowled the land inside metal carapaces that let them challenge even a triumvi.

Their spitters could fire small spikes through the air for miles, that would land and cause concussive fire and death. Nestlings and guardfangs had no chance to survive if they were near them.

Then had come the sky fire. Even one of her favored with the keenest eyes could not make out the metal sky carapace in the heavens that had spit the fiery rods from the heavens. She knew it was there, though. She had memories passed on to her of such things.

Once, long ago, her mother’s nest had been brought to the world by the sky gods as a reward for the nest’s service. The soft-skins waged war in the same way the sky-gods had.

Szizsielia didn’t dare consider the soft-skins the same as the sky-gods, but they were powerful. If her mother’s wound and the poison that harmed her had stopped, Szizsielia was sure she would have abated and not continued to stir them to war.

Now the soft-skins had begun to rain down their sky fire once again. It was a vicious, nightmarish scene. She wondered how long until the soft-skins would come out of their crafted mountain and strike.

It was only for a small second that her scout nestlings observed the starfire blossom erupt. Then her connection to them was severed painfully by a sudden overload of death. Her mother’s cries suddenly went silent.

Szizsielia feared. Before she could close her mind, a poisonous burst arrived through her remaining thought links with her children that had been further from the detonation to not be instantly destroyed. Their pain radiated in her mind for a brief moment as the poison filled energy forced her mental channels open for a brief moment.

She shrieked in agony before losing consciousness, and her children rose in anger.

Corporate Intelligence Officer Fallon walked onto the bridge in his new Solarian Officer’s uniform and headed directly for the captain’s command seat. The massive CIC room had three tiers of consoles, with the captain’s dais set in the center rear, where he could observe all the officers and crewmen below.

The ship was not on alert, so only about a quarter of the seats were manned, mostly engineering stations that oversaw the continuous maintenance of the massive vessel. It was nearly state-of-the art for a post-collapse ship, and the electronics and systems showed no major ongoing issues.

One crewman was taking a nap.

Fallon frowned, but it was not his place to discipline the crew and the Captain was present and allowing it, so he focused on his purpose.

Captain Rolks Walker noticed him approach and stood. “Commander, welcome aboard. Would you care to join me in my office?”

Watching the interplay from his watch station, Bridge Officer Lieutenant Lavigne frowned. He had never seen the commander on the ship before, and he was sure he knew the faces of all the officers aboard that were above him in rank.

If you are enjoying the story, please leave a comment, rating, or review! They help the story out!

I really do appreciate them! There is a lot more interaction with me and other readers on the discord: Here