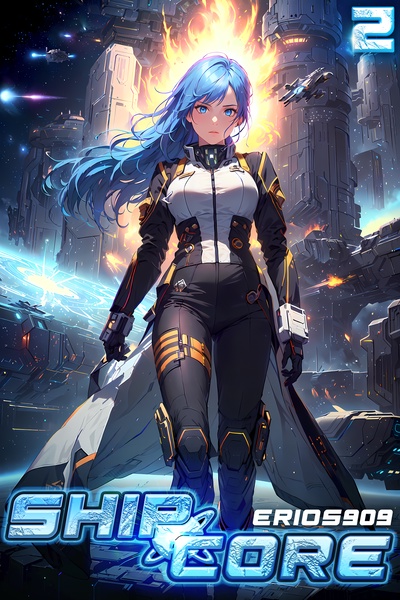 USD: ~17 days after Tears of Fire arrival at 92 Pegasi, after finishing the deal

Alex leaned forward to put her elbows on the bed, keeping her head propped up with a hand as she browsed her data pad idly. In the news feeds, she found a lot about her, and Elis had been right, there were all kinds of rumors floating around. Her face was on three of the top eight articles on the station infonet.

‘Imperial Princess missing, has she come to Ackman?’

‘Mysterious captain leaves a dozen bodies in her wake.’

The last was exceptionally fast it seemed to her; They hadn’t even made it back to the ship yet, and the black ops team’s bodies weren’t even cold yet, probably. She wondered how long it would take for Mr. Whitely’s investigation to get back some information on them to her. She had managed to extract that promise out of him at least.

She peeked to look at Elis who was still sleeping, studying her face. There was an ugly bruise forming on the other girl’s cheekbone. It reminded Alex that they had enemies they didn’t know or understand already.

‘Nameless, do you know anything about our attackers?’

[Notice: Investigation currently ongoing. Port Authority is performing cross-referencing and background checks along with autopsy reports. The analysis of Port Authority data with infonet references has produced nothing conclusive.]

So, they hadn’t figured it out yet, and Nameless hadn’t been able to figure it out. That meant whoever had run this had been prepared to cover their tracks, probably.

Assuming everyone in on the plot wasn’t dead already, Alex wanted to get revenge. She didn’t like being shot at, and she didn’t like Elis being hurt either.

A short beep sounded from her datapad and she glanced back at it. In the top right corner her newly created local account credit balance ticked downward.

Wyles had been happy to pay her for the rifle they had brought on the spot. She had used the money to open a local account so they could do something while the broader deal came through. That would take a while, because MilTech Arms needed to prepare to go to their mooring arm and collect the pallets. They were preparing to ferry it around the exterior of the station, although that was usually used for larger shipments.

Alex reasoned that the value of the crates was worth more than some of their larger shipments and ferrying via shuttle would mean less eyes on the package. Maybe it was because she had decided to sell one of their 1066.8mm missiles. It had carried a hefty and amazing price tag when Wyles learned what type of warhead it carried.

Alex had quickly learned the most relevant facts about the Ackman Station economy.

One week of berthing her ship cost 750,000 SE. Twenty-seven of her pulse rifles would cover that at a cost of about ~27,777 SE each. Her pulse rifles were selling for 5.5 times more than a regular projectile firearm that was most prevalent on the frontier.

She had thought she might have been able to get better than that. However, Wyles had argued that would only be possible if she was in a better location. The frontier system simply didn’t have that kind of money flowing around. At least not for firearms.

A basic rifle sold for around 5500 SE would net her approximately 11 articles of nice clothing at 500 SE each from the shops on the Main Concourse. She had been paying close attention as they walked through the station's concourse. She wanted to try wearing new things rather than wearing the same uniform all the time. At least when they were on the ship.

The most critical conversion of all though, was that one rifle would net her between 277 and 555 meals at Jaco’s Kebab Place.

The MilTech dining experience wasn't half-bad either. However, she had learned that meat on station was grown in vats. Supposedly there was a difference. However, when she had seen the price of 'real' meat, she had politely declined and bought a thing called a cheeseburger for much, much less. She hadn’t been disappointed. She couldn’t wait to tell Elis about it.

She made a little chart on her datapad to help her remember.

She had agreed to sell all the small arms that she had available to Wyles, along with one missile. She had decided to keep the turrets since their price wasn’t as advantageous. She was sure she would still find a good use for them.

The pending deal information hovered right below her handy cheat sheet for prices.

That was 236,577 medium kebabs at Jaco’s. It was a hard number to understand. She was sure that even if she tried, she couldn’t have fit them all inside the Tear’s galley freezer.

Did that mean that one person with some weapons could run around and buy all the food on the station and starve everyone to death? What if they bought all the food and dumped it out the airlock?

Alex shook her head feeling a bit tired herself and rested her forehead on her arms. It only took a minute before she fell asleep.

USD: ~18 days after Tears of Fire arrival to 92 Pegasi, after falling asleep waiting for Elis to wake up

Something shook her shoulder and Alex let out a yawn and stretched. Her back was sore from having fallen asleep leaned over on Elis’s bed. Even blinking the sleep out of her eyes and pulling some hair out from in front of her face the only thing she could manage was a droopy, sleepy, “Hi.”

“Don’t worry, I told them all we are secretly lovers and that I wasn’t returning home without you.”

Alex couldn’t control her laughter at the utter shock on Elis’s face. She had finally managed to break the marine’s composure.

“No. Not really. I told Wyles that you were my friend and that I had no pressing business so I would wait for you to recover as long as it was only a couple of hours. He gave us VIP guest access to the facility, and we can come and go whenever we want as long as we don’t wander into the restricted areas. I also finished the deal, and we’ll make the exchange tomorrow.”

Alex’s smile disappeared, “The doctor said you will recover, but you needed several days of rest. He sedated you because you were exhausted, mentally and physically. Said he didn’t know how you were still standing. He also removed the bullet from your shoulder. Why didn’t you mention that? Do you know how bad it could have been if I had to learn how to use the autodoc to do that?"

Elis started to retort, but then a slightly worried look crossed her face that melted Alex’s vexation, “Sorry. I’m not used to being a lone operator. Normally we work in teams of four.”

“Well, we can head back to the ship and get some real rest until tomorrow now. You aren’t a lone operator, either. Here.”

Alex lifted a small bag off the floor and set it on the bed. “I got us some civvies. They have every kind of shop in here. Wyles has his own small fiefdom inside the station. Hopefully with our business completed, we can sneak back without drawing as much attention.”

Elis looked between the bag and Alex a few times, “I don’t think that’s possible.”

A sudden question came to Alex’s mind, “Also, Master-Sergeant? I distinctly remember you repeating back to me ‘Specialist First Class’ multiple times, or is my memory that bad?”

“I was overdue for a promotion, Ma’am, and the position was available.”

It didn’t take long to get changed, and with Alex’s help, Elis was able to get her new hoodie on. Due to her injured shoulder, it was difficult for her to do it on her own.

After leaving the medical bay, Alex felt a bit self-conscious. Somehow, she had gotten used to wearing the captain’s uniform, and now draped in her new black zip up hoodie she felt a bit under dressed. It did let her hide her hands though, something the captain’s jacket had punished her for even attempting with the revelation of fake pockets.

Secretly swearing to wage war with whoever had invented such nefarious clothing items, she added redesigning the uniforms to her long list of things to do.

When they headed to leave the MilTech Arms facility, four men in tactical gear stopped them at the primary exit.

“Ma’am. Boss said for us to escort you when you left. Wherever you want to go. Doesn’t want to leave a new client in the lurch.”

“I guess you were right, Elis. Disguises didn’t do much good.”

“Sorry, Ma’am. There aren’t many ladies that would fit your description, and I imagine that you’d turn heads no matter what you were wearing.”

Alex felt her cheeks warming at the compliment and swallowed.

“We are heading back to our ship, so Mooring Arm D-1.”

The trip passed by without fanfare, but Alex felt herself drooping a bit. Not paying too much attention to their surroundings she surrendered her security and situational awareness to their escort. Plus Nameless. She felt like he would be the first to notice anything, like before.

Although he had cut it a bit close.

Peeking at Elis along the way, she wished she knew what the other girl was thinking. When Alex had woken her up, she’d been an enemy. Circumstances and old notions had kept them that way for a time. Alex had accepted that, she knew she had no real understanding of the traumas that Elis had been through during the Nanite-Federation war.

Their guards bid them farewell at the Iron Horse MC security checkpoint on their mooring arm. Alex and Elis presented their shore leave cards and passed by freely with a wave from Corporal Rick.

Alex felt a bit of trepidation in her heart. She had planned to let Elis do whatever she wanted freely... safely away from the Tears, Nanites, and dangerous ShipCore things. But she knew that she needed Elis. Even if she had been ready to be on her own, she didn’t want to be.

Crossing to the threshold of the Tear’s airlock, she heard Elis’s footsteps behind her. When Alex turned around to look at the other girl with intense relief that she was still there.

Elis stopped and looked back at her with a confused look, raising an eyebrow. “What?”

Alex raised her arm and offered her hand to shake. Elis took it without protesting, still confused.

“Welcome aboard.” Alex swallowed the emotion in her throat, only to have the moment punctuated by Nameless.

Elis smiled at her, “You’ve really butchered the ranking structure here. Did you really think I wasn’t coming back with you?”

Alex couldn’t help but give her a sudden tight hug before the airlock finished cycling.

If you are enjoying the story, please leave a comment, rating, or review! They help me out! And I love you for them!