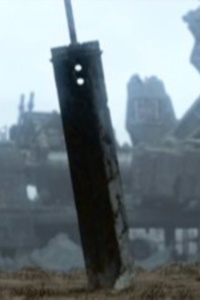 Have you ever felt like you're being watched by some cold unfeeling god?

Honor the Dead.
This is the creed the man was taught from a young age after his mother's death. and the only thing holding him together as he gets shuffled around by players in a cosmic game spanning entire universes. This is the story of Clive Adkins,  An unwilling piece in a grand game.

Some tragedies are coincidental but many more were engineered, countless turning points in history, manipulated by forces behind the scenes.

Hiroshima and Nagasaki, an attempt to kill a powerful being. Chernobyl, a coverup. Those fenced-in seemingly abandoned areas urban explorers seem to go missing in, exclusion zones. even the deaths of Julius Ceasar and Genghis khan can be attributed to them.

The beings responsible for these events aren't fully understood we simply call them, the Invaders.

A note and brief forward from the author:

The start of this book is very, VERY messy.

The editing process of this book is ongoing, this disclaimer will likely be removed after the final edit.

the suggestions feature is enabled I encourage readers to use it.

Sovereign of a needed Rewrite

Heads up: I did talk to the author before posting this review, and they truly wanted some feedback and parts of where they want wrong. Hopefully, it is known that I am not trying to attack or bash the author and their work.

Style: The story had a somewhat strong beginning, though that is only comparative to the later chapters (3+). A third-person perspective about a man either remembering something or going through a scene, it's hard to tell at first. Conversation and descriptions are in-depth but a lot of emphases is placed on some parts whereas others are only given a few words. With some introduction to substance abuse and possible capture, the story doesn't stray away from difficult topics.

The author has a weird trend of changing the return spaces used in their story, from single to double and even triple at times. Sometimes they keep the dialogue tags on the same line whereas others give them a whole separate line. Descriptive text for actions that follow or proceed dialogue also changes between being on the same line or the line thereafter. As the story continues on there is nary a paragraph over 3 lines long, instead of splitting up needlessly.

Story: I really could not tell you what this story is about most of the time, the introduction is so weirdly designed and told to the reader that it's hard to understand. Some chapters feel like they've been written months apart, and one of the Author notes even says a chapter was put to the side at one point. From what seemed to be a war-torn scene to a 1-month prior notice about being in school and riding in a car for 2 chapters.

The flow is really broken up but the style choices, and the flashback scenes, combined with a car ride that features way too much in the story when not a lot is established.

Grammar: Constant misuse of upper and lower case letters for non-nouns, the beginning of sentences, as well as seemingly randomised. I found several spelling mistakes too, alongside the wrong quotation marks and punctuation for dialogue or quotes. Several lines and paragraphs are also missing periods to end them, even in dialogue. I would hazard an estimate that only 10% of the dialogue has proper punctuation.

Character: Clive and the background characters get some personality as well as backstories to them, but it feels really jumbled up. I can't really say much on this part as they kind of fall into the rest of the story.

I was initially thinking I would give the story a 2.5, but going over it again, looking through my notes, and getting to the final chapter, all I see is the problems reoccurring. I'd suggest the author picks up a grammar assistant like Grammarly or ask a friend/family to look over their work if possible. The emotions that are attempted feel like they could lead to something good, but the fiction needs a lot of polish.

A total rewrite is more than likely a solid choice for the author on this fiction.