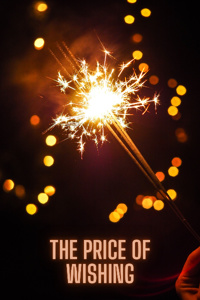 The Price of Wishing

Davis fell before he realised that the shift had hit. He looked to where Miriam had been but there was no sign of her or Echo. Caleb was hissing and trying to run, but the moving earth under his little legs was stopping him.

Davis jumped, grabbed the cat before the little creep had a chance to react and rolled to the side, downhill with some of the moving earth. Caleb hissed in panic and scratched at Davis face. A claw caught on his lower lip and Davis felt a warmth and tasted copper. He shook Caleb away but didn't release the grip he had on the squirming cat.

The earth was still moving but so was Davis. The split happened a moment after he moved, tearing the earth with a horrible noise and a bone-shaking rumble. Davis stumbled slightly as the ground he stood on stopped being solid and started to crumble away.

Caleb managed to slip out of Davis's grip. The ground under him was already cracked so Davis reached to grab the cat. Caleb, in his panic, bit Davis's hand, sinking his teeth in between his thumb and forefinger and his claws into the arm that had gone out to save him.

Davis flinched his arm back, taking the angry and frightened cat with him. He held him to his chest. Caleb let go of his arm and sank his teeth into Davis's chest as Davis threw his body sideways away from the growing gap. He landed on his side with a worrying crack but managed not to land his weight on top of the smaller Caleb.

He stayed on the ground and didn't let his hold weaken until the shaking stopped. Then, after a few moments, he let go of Caleb suddenly and rolled on his back, clutching at his pained side. The cat dropped to the ground and sprang off without making a noise.

Davis didn't even look after him. Instead, he tried to pull as much air into his lungs as he could. It took him a few deep, shaky and rattling breaths before he had enough.

"MIR!" he screamed, hoping she was close enough and well enough to hear him.

Instantly pain shot through him, making him unable to breathe for a few moments. His lip was swelling. His eyes were squeezed shut against the pain. He had no idea where the cat had gone, but at least he knew the little brat was alive.

The pain was getting too much. He started gathering air once more.

Miriam could hear Davis. He didn't sound close. He sounded hurt. Where was he?

She was on the floor. Her head hurt. She sat up, which made her dizzy. Miriam opened her eyes and looked around. She toppled to the side softly.

Echo was near her, moaning softly, but she couldn't see her clearly. Was she very hurt? Miriam couldn't seem to be able to get her eyes to focus.

She couldn't remember exactly what happened. Echo had pulled her and the split hit. Then? Had they fallen? No, something had been thrown up and hit them.

A rock? Miriam couldn't be sure. Where were they? Where was Davis? Nausea hit Miriam and she had to use both her hands to stop from falling into the puddle of vomit she was spewing. She was just so dizzy.

Hands were on her back, rubbing and helping the puke to come up easier. Davis? No, the hands were too small. Echo.

Miriam felt relief somewhere that her friend was okay but then she was getting sick again. Echo was saying something but Miriam couldn't focus enough to understand her. Where were Davis and Caleb?

She was sleepy. The dizziness made her feel like she was half way asleep. Echo was still saying something, hushing her and fussing over her. When had Miriam stopped getting sick? When had Echo pulled her into a hug? She felt so sleepy. She didn't realise her eyes were closed until shook her.

"Don't sleep," someone was saying.

She was saying it again and again.

She held Miriam's head, stopped it from falling to the side from being so heavy. The earth swirled before her eyes, refusing to stay still. Her head hurt. Miriam touched her head where it hurt. It was sticky and warm. Miriam felt sick again.

A pinch when she started to close her eyes. Miriam nodded. She couldn't sleep now. Davis was waiting for her.

She had to tell him something. What was it?

That was him. He was looking for her.

Miriam opened her mouth to call for him but a hand went over it and blocked her. Echo was hushing her. That was right. She wasn't supposed to talk here. But Davis was looking for her.

Miriam pushed Echo away and tried to stand. She fell before her legs stretched out all the way. That wasn't right. Miriam knew she was stronger than that.

She could stand. She tried again and had to stop half way to get sick. Then she was standing.

Echo was standing now. Had she been standing before? Miriam took her hand. They had to find Caleb and Davis. She could hear Davis. He sounded hurt.

A hand was holding hers. Echo's hand was warm. They walked slowly. Echo was leading the way and supporting Miriam when waves of dizziness hit her. She still couldn't see right.

"Just us is better," said Echo.

Had she said that before?

Davis screamed again. He sounded more hurt and farther away.