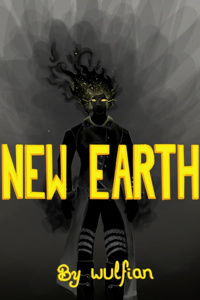 Hope you guys enjoyed the last chapter, here's the next.

In the following weeks the days began to lengthen once more and the snowstorms were less frequent, leaving only grey clouds. The snow thawed and soon the sound of dripping water could be heard in the forest, as green shoots made their presence known. By the time Bartlos left with his two horses snow was only found in melting patches, protected by shade, and patches of blue split up the dreary and ever-present clouds. Birds slowly began to return and wildlife emerged from their hiding places. The dragon too returned with the warmer weather, arriving with thunderous wingbeats. Returning from a successful hunt Azrael decided to once again check his [Status] screen

He closed it again. It wasn’t bad per se, but he felt that despite his resolution to grow stronger his status had stagnated somewhat. His individual stats had barely risen and most of his skills had slowed in their explosive growth. Especially those that had passed level 20 had slowed to a crawl. [Mana Manipulation] and [Mana Control] both at level 25 had refused to budge and he had feared the worst, but when inspecting his soul he’d found that both skills still had room for growth so their refusal to proceed left him feeling more than a little confused. Other than that not much had happened. The only two memorable things were once, when the snowmelt had swelled the waterfall and the water level of the lake had risen to a dangerous level, and another time, where he’d managed to control enough of his soul mist to cover the gaps that leaked his divine spark to the world. Cairn’s jaw had practically dropped to the ground, while Alena didn’t seem bothered by the change. In terms of practicality it couldn’t do anything really, but it had been during the last big snowstorm of winter and he’d had time on his hands.

Dropping his kill off by the front door he knocked the mud off his boots and walked inside. Alena was currently still in the forest, revelling in newfound power. All of her hard work during training had paid off and she’d gained two levels in the third tier class [Scout]. It was an interesting development for sure, stuck somewhere between the forest based [Ranger] class and a [Rogue] class that he’d been aiming for. He wondered whether the fact that she used daggers instead of a bow, or operated in a forest instead of a city had anything to do with the system granting her the class. When she’d first informed him of her class gains, he’d been completely surprised. For him a scout was more of an information gathering subclass of [Rogue], however after considering her skills with [Stealth] and her surprising interest in chess it sort of made sense, maybe. He just wondered what took her so long to get it. Was it a requirement she hadn’t met, or did natives of the game simple level slower than players? He shrugged. He might get answers someday, but it didn’t really matter. The forest was waking up for spring and the everything was fine.

Nords took a customary lap around the village, inspecting the wall and checking for any breaches. Like always, there were none. The winter had been harsh on his players and the last few weeks they’d been living off of rations and whatever else the bravest of them found in the forest. It was amazing what the thought of food could do to a hungry man. Once, on the dawn after the winter solstice the men on watch had reported a long and low horn echoing through the trees. A story spread in his camp the following morning of the shadow demon starting a hunt. He’d laughed those off, but they had been cautious when entering the forest. They hadn’t encountered anything, but that didn’t mean much. They hadn’t gone that far into the forest. Sometimes, it was far wiser to be a coward than it was to be foolishly brave. In the end it was those that survived that won. And Nords liked to think of himself as a winner. That was why he’d allied himself with the largest group in the game.

Having completed the round without issue, he started to head back home to discuss crop planting with Jaret, when a cry from a newly erected watch tower rang out.

Hurrying over to the gates, he accepted his sword from Jaret who had come to investigate, before climbing up onto the watchtower itself. Within minutes the form of a horse and rider were clear to see, but it was only when the figure was much close that he recognised it as his guild member Milo, who he’d sent out to deliver a missive to the Holy Empire. After waiting a moment to confirm that it was indeed Milo he called for the gates to be opened.

Milo entered the gates at a trot and jumped off the horse with a grimace. They shook hands, before Milo delivered his report.

“A caravan will arrive in two days’ time, bringing the usual seasonal supplies plus what ever extra I could trade for. A Geomancer will be leading the caravan. He’ll stay here for three months. Seems like a decent guy.” Milo frowned in recollection “He has a bit of a problem with his pride though.” Then, leaning in close he whispered the last bit of his report. “After telling them about the dragon and the humanoid field boss, Holy Empire is sending one of their elites. One of their main team.”

Nords clapped a hand on the man’s shoulder. “Excellent” he said, before addressing one of the other men “Get Milo here some stew. And clean up the place, we’ve got guests coming.”

Bio: Woke up one day and realised that nobody had written the perfect story yet, so here I am on a journey to find that story!
Stick around and we might just find it yet!