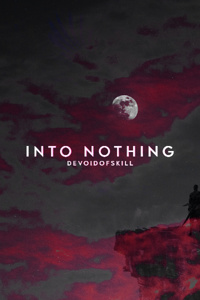 "There you are," Phisvaelte said. Her back carried a large knapsack. "I worried that it might have slipped your mind."

"It didn't, but I did get distracted, apologies," Aleister said.

"Oh, no, you don't need to apologize. I'm the one asking you for a favour."

Aleister and Myra engaged in some small talk as they followed her to her residence, a fairly standard four-room apartment.

"Welcome home mom!" a young boy said, voice strained and unusually hoarse. He stood up with one of his hands gripped around his right thigh. "I see that you've brought some friends?"

Phisvaelte hugged her son. "I told you to stay in bed! What are you doing walking around?"

"It is okay, but you need to stay in bed right now! You need the rest!"

"Your mom is right, go to sleep," Aleister said after scanning the kitchen with his eyes as he entered behind Myra. Where the boy sat were a couple decks of cards, dice, a chess set. "Name's Aleister, by the way."

The boy smiled. "My mom has told me about you."

"He's here to take a look at you," Phisvaelte explained.

"I told you mom," the boy said as he cleaned up the table. "I just caught a common fever. I don't even feel that bad, just tired."

"You held your knee just now," Aleister asked, "Is it painful for you to walk?"

"A little. After I stumbled out of bed this morning, my leg has felt a bit cramped."

"Are you feeling cramps or pain anywhere else?"

Aleister tapped his notepad with the back of his pen. "That is not an answer."

"Not any more than usual."

"Pain anywhere else in the body?"

"What about pain in your head?"

"I had a nasty headache when I woke up, but after that, nothing."

Aleister walked up to him and jotted some words down. "Take off your pants."

The boy took two steps back, eyes widened and mouth open, bewildered by what he just heard.

"You're currently feeling pain in your leg, so I need to examine it," Aleister said, his actions clarified.

The boy looked at his mother, who nodded her head, giving approval. He swallowed an audible gulp of saliva and dragged them down. Aleister shook his head. The area around his knee revealed major bruising, which colored the skin black and blue.

Phisvaelte gasped out in shock and rushed over, but Aleister reached his hand out and stopped her. "He needs space, and don't worry too much, he could have simply just sprained his knee."

"But, would it get this bad?" she asked, voice worried.

"Could be much worse," Aleister said, thinking of further questions to ask as she showed him the location of his room. "Walk over," he told the boy.

"I need him to walk to his bed so I can examine how he walks," he said. "Then he can have all the rest he needs."

The boy walked over. His leg—stiff.

"Don't sit yet," Aleister said once the boy reached his bed. He asked Phisvaelte if she had a couple of items lying around. Once she gathered them from around her complex, she gave them to Aleister. "Perfect, now, please stay out of his room for the time being."

"You'll have all the time in the world once I finish. You being in the same room as him will not only make him and yourself more nervous but also make Myra and I more nervous as we work to heal him. You trusted me enough to invite me here, so let me do what I came here to do." With reluctance, she backed off and accepted what he said was correct and sat down.

title is not a typo 😉

Also, for the one of you that is wondering why some chapters are long and others are short, I changed my method of writing them a while ago. This means the avg chapter length is ~4k words. I upload the parts in sections in order to not ruin the flow of each of them, or else they would just cut abruptly. Probably already guessed that, but I just wanted to clear it up.

And to the one of you that actually does read this, why? seriously this is not a joke. why are you reading this?