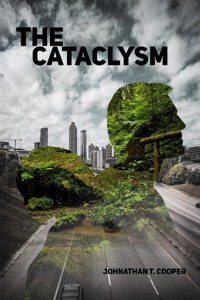 Ariel Ivy drove up to her parking space with her used Toyota Corolla, humming the tune of Sola by Jessie Reyez. The sun in the middle of the sky with a light breeze to the autumn weather. Perfect enough for her to be cool without blasting the A/C in the natural southern heat. Her dark-brown skin was gleaming in the sunlight, and her long black box braids with gold hair rings surrounding her face. As she left the car, she stood at 5'7, her fitted yellow shirt covered with a black cardigan hid her slim figure, her sunglasses hid her dark brown eyes, and her medium-sized purse was held close to her side. She walked towards a building called The Hearthstone. An outside bar that her friends usually met and hung out. As she entered the building, she was met with lovely autumn decor. Fairy lights were lining the top of the walls and in the columns holding up the middle of the room. After taking it all in came a loud, ear-piercing screech.

"Tonya, how are you?!" Ariel happily responded to her. Tonya had been Ariel's best friend since 5th grade. They knew everything about each other, including flaws. They always joked about how, in another lifetime, they must have been either sisters or soulmates.

"I'm doing great! We have gotten so much work done today because of the group. We went to The Shepherd’s Inn and gave what we could for good food and thick clothing for this winter plus another little treat for the kids." Tonya smiled broadly and giggled at the group's work. Ever since Ariel brought everyone together, they've made a change in the city with a little help from her influential parents.

"Oh, thank goodness," Ariel joked. "Thank you, though, for helping me with The Shepherd's Inn."

"No problem!" Tonya exclaimed. "Also, some people are on their way to the firehouse to give them some treats for the service, and everything is ready for the party tonight."

They then ordered their food and drinks and talked about life, recruiting more volunteers, and the future, only to be intruded on by Mikael. Mikael was the second-in-command per se. His robust European features, including his light blue eyes and dark hair with the contrast of his pale skin. Usually, his tall figure and muscular body type scared some people off, but on the inside, he's just a big teddy bear with a lot of tattoos.

"Hey there, Ariel!" He grinned as he walked up to their booth.

"Hey, Mikael! What brings you to the Hearthstone?" Ariel asked. Usually, Mikael helped with relations concerning others. Sometimes, people either steal or harass the group, and the big man, Mikael, hinders that from happening.

“I just wanted to tell you that we may have to go to the precinct tonight," Mikael sighed. "But first, something happened on our way back from the fire station."

‘Please tell me it was not another conflict,’ Ariel thought. "What happened? Please don't tell me there was another fight."

"Well..." Mikael sighed. "I tried to split it up before it got any worse, but it was a very close one. You remember Johnson?"

Ariel nodded solemnly, "The man who likes to harass our group... specifically the women, I do. What happened this time?"

"Well, today, he decided to go a little too far, and one of our male volunteers decided to take action,'" Mikael sighed. "Then one of his friends kept badgering us with some not-so-nice words. Eventually, the police were called, and now he's at the precinct getting questioned."

"Great, why do we always have the most trouble during this year-round?" Ariel cried. "Please do me a favor and make sure that we have a safe night? I want this night to be perfect."

Mikael nodded and walked off, closing the door behind him. Now, only to survive this night... ‘Please,’ Ariel whispered to herself.

Chief of Police Erik Holm sat in his office in a state of pure concentration, his bright blue eyes staring down at the papers on his desk. He had to let some officers go because of budget cuts in the city, and if he didn't, there would be significant repercussions with the mayor, but he didn't know who to choose. He had trained everyone in this building into tip-top shape with his sweat and blood. Decisions, decisions...

"Chief?" The secretary called into the room to see if he was there.

"I need you to come to the lobby. There seems to be a problem," The secretary said, worry seeping into her voice. Erik rose from his chair, annoyed, basking in his 6'2 glory with a very muscular build. His short blond military haircut was making his face look a little wider than it is. As he exited the elevator, he saw a family of four, the Ramirez family. They were known for stirring up trouble around the city, and they despised almost anything and everything concerning Erik Holm. The father of the family, George Ramirez, walked up to Chief Erik with a hint of condescension painting his features. George was the exact same height as Erik, but his posture gave more than led on. His short salt and peppered hair and wrinkles on his face showed his old age, his wife right next to him with a similar look of condescension.

"Chief Erik Holm... Nice to meet you again," The man said bitterly as they shook hands and hid grimaces behind their teeth.

"To you as well, Mr. Ramirez. What brings you here?" Erik asked, ignoring his attitude. Erik already knew what had brought him here. It was another complaint about being exposed to the violence in Atlanta. The police had tried to control it, but funding was tight, and resources had spread too thin already.

"You already know. The gangs are terrorizing the city, and you and your constables just want to sit on your lazy asses and do nothing about it! I've had to witness multiple shootings and countless armed robberies because you and your men are not able to control it! You need to fix this immediately before I make both you and your job title disappear!" George was going on a tirade with his children right behind him. His children looked embarrassed as the father continued his rant.

"Sir, my men and I are trying our best, but with this sudden influx of crime and immigration into Georgia, we have our hands tied. We are running out of an able workforce. Please give us time, and I will find a solution to your concerns," Erik stressed. All he wanted was for this day to end.

"Well, It seems like you're not trying hard enough! My children have witnessed too much already, and it hasn't gotten any better since you have been placed in charge!" George shouted, causing a few officers to stop and watch the scene unfold.

‘Great, he's doing this for attention.’ Erik thought. "Please lower your voice, and maybe we can find a compromise."

"I will not! Everyone must know that you're a bastard!" George's eyes darted around the room, looking for reactions.

"Come with me upstairs to my office. Please, let us both find a solution," Erik pleaded.

George scoffed but ultimately nodded hesitantly and followed Erik as he walked towards the elevator, the rest of the Ramirez family following suit. Right before the doors closed, he made eye-contact with a gorgeous woman with long black braids and a bright yellow cardigan.

"Let's get this over with, Mikael. We can't miss the party," Ariel groaned, walking into the lobby of the station.

"Agreed," Mikael stated. "We don't wanna leave Tonya all by herself at that party."

Ariel and Mikael continued walking until they were met at a reception desk by a husky-looking man. "Hi, is there anything I can help you with?"

"Ah, I know who you're talking about. If you'd just sign these papers, and he'll be right with you."

Looking at the tv, Ariel noticed that the Atlanta Braves were losing yet another game, then the tv switched channels, only to see more political news about the fucked up world they lived in.

"Well, just life, you know? Everything is so complicated, and we can only do so much for the world."

"Ariel, we're doing what we can, and honestly, you're doing a hell of a job," Mikael chuckled, trying to make light of the situation.

Mikael nodded and then stood up as the doors opened, "Carlos Díaz, you were stupid for what you did today."

"Yea, we understand, but violence won't solve anything. We've done everything we could," Ariel reasoned. "Next time, get one of us, and we'll take care of it or just call the people that put you here."

"At the club's party, we're actually on the way there now if you wanna go."

Ariel nodded and put her arm over his shoulder. "We have food, snacks, and even wine you can't drink."

Just as the three were about to leave the precinct, the lights shut off, and the cars on the street went dead, rolling onto lampposts and other nearby cars, only to hear the intensifying whistling of a falling object coming from the sky.

Bio: Hi, welcome to my page. I've been writing for four years now and I'm finally happy to say that I've finished my first book. It's called Cataclysm and I hope you like it. I will upload each chapter every Wednesday! Please like and comment!

My name is Johnathan Cooper (He/They). I am 19 and in college. I love writing stories and I hope you like reading them even more. Thank you!

I'm here for the rewritten laws of chemistry. 👍

I plan on just sitting back and enjoying the ride, but I do have one observation; you're really specific and descriptive about some things, but really vague about others.

Yea, I think that's one of my weak points when writing. I try to be descriptive but then lose it in other places. That's due to me imagining it in my head and forgetting to transcribe it. My writing has a gradual shift later down the line for better or worse.

Hello, and thanks for the chapter.

I'm excited to see how this fiction grows!

Ok so one thing is clear. If that was a plane and I have every reason to think that it was everybody on it are now dead. So the first few days are going be a nightmare for everybody living in the areas affected. Trains derailing all over the place. Planes falling out of the night/evening sky. Peacemakers failing. Alot of dying people without any idea as to what caused it and no way to get answers in any real way.

Without power a lot of places are going to need to start using gas because anything else isn't workable any longer. Hard times lay ahead and I pity them in a big way. It's going to be a uphill battle for a long time.