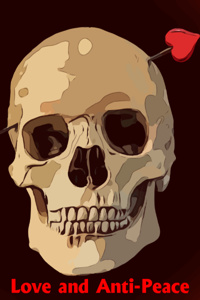 Ch. 3 Why Theft is Better than Murder

Why would the self proclaimed queen of thieves be so generous as to sponsor the demon world’s annual celebration? Sure, she could use the increased demand for sacrifices to press false charges on unsuspecting nobles, rob them blind, and then burn them at the stake thus eliminating the evidence. But, what about the feast?

“You’ll poison them,” Cupid realized while clenching his fists.

“Of course not,” said Isabella. “If you kill too many people, the economy will suffer. There will be lower demand for products and services along with fewer companies that can provide them.”

“Won’t that equal everything out?”

“No!” Isabella raised her voice while slamming the table. “The middle class might stay the same, but what about the rich? What are they supposed to spend their money on? And, what about us thieves? What are we supposed to steal? That’s what those fanatical demons do not understand. Kill too many people and life starts sucking for everyone!”

By the end of her speech, the queen of thieves was panting. Her blood pressure had risen, and she looked more determined than ever.

“So, what’s your plan?” Cupid insisted.

“We’ll feed everyone sleeping drugs, and then we’ll rob them blind.” Every word out her mouth came with utmost sincerity, seriousness, and the occasional tap of the finger. Her raw dedication left the angel was almost impressed. Nonetheless, ...

“I refuse,” he said plainly.

“No, you will not.” Isabella snapped her fingers, and the room was filled to the brim with shady individuals. They all wore the same black suits with knives and magical guns strapped all over their bodies. Cupid’s blessed eyes could see the entire arsenal they hid behind the fabric. Unwittingly, he audibly gulp.

“You will help us because:” – Isabella summoned a floating blackboard on which words started appearing. With her trusty 12 inch knife, she pointed towards them in order.

“1. Refuse and we’ll kill you immediately,

Isabella took off her imaginary glasses and started wiping them with an imaginary cloth. Seeing this, one of her lackeys took off his own spectacles and gave them to her along with his napkin.

“Any questions?” she asked while putting on the glasses. Annoyed with how blurry the image had become, flames burst out of her eyes which obliterated the object. Her henchman whimpered while a coworker patted his shoulder.

“Ooh.” Isabella's smirk reached all the way to her eyes. “You’ll do what you do best: spread love and peace to all.”