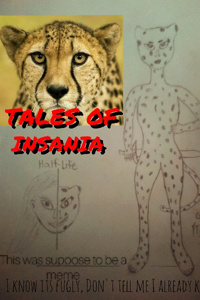 In the year 20XX all online games suddenly got erased out of existence as if Thanos snapped his finger and formatted every existing game, then from its ashes the virtual-reality game [EPIC of THE GODS] came Online shortly after, The masses knew that the company behind ETG was the one responsible for such atrocity, but ETG was inevitable and is now the one and only game industry available to the masses. It was being distributed all over the world like a fuckin terminal virus and the world couldn't stop it. Its even safe to safe the leaders didn't stop it. They allowed such a shady game to proliferate into the market, destabilizing the entire gaming community.

Onille Arvurg was an orphan that graduated high school with outstanding records, due to joining all sorts of sports competitions and bringing fame and glory to his school, he won up to 46 gold medals in the sports that he was allowed to join in, he wasn't particularly the best, but people knew that if he was to ever lose he'd hold his head high and come back stronger than ever.

Playing the game he'll begin to change his mentality, disperse his strongly built morality, question his sexuality and preferences and end up plunging to near insa...