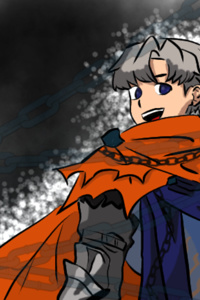 There's an ordinary man who calls himself Rin Frego a 21 years old man. He's a hard-working man who wants to live peacefully with his sister.

He's working in a convenience store as a cashier to be able to pay his family's bill for their living.

But he doesn't know he has supernatural power that was once awakened years ago and his knowledge lost along with his memories.

In turn, forgetting all about his unrivaled strength... too powerful to be kept alive, no force could ever hope to stop him... so they chose to manipulate his memories instead. for the sake of the world.