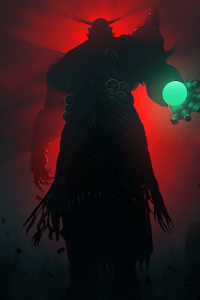 Growing up, Elvis has spent his life feeling like an odd fellow, unable to blend in with anyone. He's a loser who can only make friends with fellow losers like himself.

He has no special traits like other bright students, just a dummy which in turn earned him a nickname that surprisingly suites him.

He's yet to discover what he truly is and his capabilities... but not for long.

He is a being who should be feared, a being whose presence could make even the worse of humans, shudder in fear. Many will try to exploit or kill him due to his unbridled dark desires.

It would have been best if he had never existed...

This novel is a gradual process, the further you go, the more imminent Elvis's dark side becomes.

There's going to be a lot of mysterious events that may leave you unsatisfied or curious starting from chapter one, but you'll find answers to all of them, so bear with me.