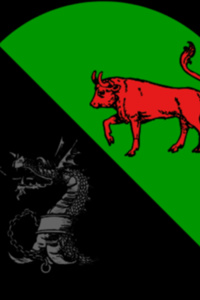 Saga of Mael, the Scion of Setanta.

A long time ago seven Heroes defeated the Vile-Dragon whose name was lost in history.

But this is not their story.

The dragons are long gone, magic and miracles are rare, the only proof of their existence left in Holy Blood. The descendants of heroes, the rulers of their land. The centuries of peace made them complacent, the centuries of petty fighting and pride cracks the Commonwealth of Dragon-Duchies.

The saga of Mael follows a young man who becomes a ruler of his land. His hardships and struggles as he tries to be better than his father.

This story is inspired mainly by the Fire Emblem Genealogy of the Holy war. If you know the franchise you may notice familiar terms used in the story. The setting itself is original and the characters apart of some general cliches are original. I will rewrite and edit the chapters as it progresses. Thanks for reading and leave feedback, please.