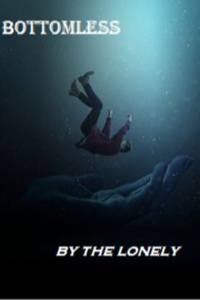 Chapter 2- Those who survive

A middle aged woman thought as she sat alone on a balcony.

Her gaze was filled with an intense void. A void so intense that even the sun in the blue sky seemed to deem after passing through it.

The thought of not being able to see her daughter at least one last time ate deep at her soul.

A timid smile, reminiscent of a newly proposed maiden finally bloomed on her face.

He was the one with whom she decided to pass the rest of her life.

After her late husband’s death, she vowed to abandon herself to only her daughter.

Back then, he was just a client at her pressing. Ironically, they were eventually destined to use the same machine.

When he first told her about his projects to go faraway, she didn’t directly understand why.

But considering the man next to her, it all seemed just too clear.

She turned her head trying to look at the person behind her, but she was only able to see a deathly syringe protruding out of her neck.

Actually, she wanted to look at the man who ended her life, hoping to magically send a telepathic message to her man and daughter for them to know who they should run far from.

However, she couldn’t do so due to the poison that was rapidly paralyzing and consuming her whole, from her legs to her vocal cords.

With a tear just as lonely, she felt to the ground, eyes at the unweaving sky.

Jacob turned away from the dying woman with an emotionless face, or so he tried.

He well knew what his job as a hitman entailed. All those who saw him before dying probably didn’t even think of him as an executioner but as the aristocrats’ hunting hound.

And that, he knew it.

He wasn’t just any assassin, but one whose job was tracking and killing the remnants of the old resistance, the federation.

He was himself an orphan from the streets. He experienced firsthand how atrocious the so called oppressed were towards each other. They killed their kin, robed and raped them mercilessly.

For him, the Government was way better. Even when it led him to take the lowliest of lowliest jobs.

There at least, he had enough to escape such a fool’s life.

He preferred having to kill without thinking of his victims as his fellows.

Yet, the reality prayed sometimes to differ, just as the woman in front of him.

Less than three days ago, he obtained a major clue about the leader of a terrorist regiment.

After verifying the information, he was tasked with secretly disposing of him and his family.

To avoid stirring a zealous journalist, the cause of their deaths was determined to be food poisoning. They survived the last rebellion rather easily but no one knew what the future was made of.

No one would be that suspicious about how a lowly family died from an intoxication.

A lot of innocents would die that day because of one man. That realization renewed Jacob’s resolve of killing that damn terrorist as fast as possible.

As discretely as possible, he wiped all traces of himself, then disappeared in the gruesome shadows, waiting to bite at his next prey.

It was a bright day as a father and daughter were seen happily eating a snack in the middle of town.

Today was a special day for Natalia, as she was finally able to see where her new dad stayed till late at night and what he did there.

When he first came into their life, she first thought he was a small nuisance. A simple filler following her father’s bus accident that would soon disappear.

Surprisingly, he stayed for way more longer than she predicted.

He made her mother happy, so she didn’t think too much about it.

But as time passed, he became increasingly absent. Him working hard as sole excuse, he never grasped her mother’s sadness under her smiling mask.

She needed to be sure, so after a lot of pleading, she was finally able to see how frustrating her new dad’s job was.

God only new how boring was it to stay day long in front of an unending pile of paper, having as only real task to read and sign them.

Following a seven hours long paperwork marathon, it was finally the best moment of the day, the Break.

In front of her, stood an enormous sandwich which should have been impossible to finish by such a little girl.

Yet, there was it with only its later half remaining after only five minutes.

As the onlookers were cheering at her to finish, she had a sudden nausea, rushing the eggs, pear and lettuce straight out of her mouth.

“Oh Talia! I told you not to eat that much.” The barely smiling Michael said after taking out a handkerchief.

However, she was sure it wasn’t a normal stomach ache, but instead …

She uncosciously turned around and saw an abnormal man’s shadow with what she could only recognize as a rifle that she once saw during a military march.

It was hard to explain but she felt… death?

Without wasting more time, she took her father’s hand.

She ran, ran the fastest she could into the bank’s building, direction bathroom.

As they were running, a silent needle-like bullet landed at a hair’s breadth from Michael previous position. Deep in the chair he was sitting on, it was nigh impossible to notice the deathly projectile.

Michael touched his neck, just imagining what could have happened.

After entering the bathroom, Natalia was fast to disgorge all what was remaining in her stomach into the latrines.

While she was easing herself, Michael made eruption into her intimacy. As fast as he could, he asked her to do something quite weird before closing the door.

Shortly after, urged footsteps were heard.

Jacob entered the room, inwardly cursing the parquet’s installer for his crude job.

Bad luck already compromised his mission. He needed to finish the job as soon as possible.

He first wanted to enter discretely from the window, but then did otherwise after assuming a terrorist would have enough time to prepare in case he was given that much time.

The plan was to surprise the terrorist with a silent entrance, then killing him shortly after.

Unfortunately, reality proved not to be that simple.

Conscious of his lack of surprise effect, he went straight for Michael with a syringe in hand.

As he swung his syringe for the first time, Michael rapidly tackled him after realizing a swift dodge.

Unwilling to fall down in front of a terrorist, Jacob used his momentum to bring Michael down with him.

Afterwards, a wrestling match unfolded on the cold floor.

The anxiousness after each palm colliding, the fear of death, the rushing blood. None of the wrestlers seemed to be affected by any of those.

Although the two fighters seemed evenly matched, Jacob was well aware of the reality. For each attack he was throwing, Michael easily parried his syringe with a short knife, leaving the latter enough room to control the fight’s global direction.

Following a kick in his assailant’s stomach, Michael got up and took back some fresh air at the edge of a corner.

‘I knew it.’ Jacob thought

‘It wasn’t said in the report that he was so skilled at fighting. He may have memorable hand skills but only an amateur would lose such an obvious opportunity just to catch up his breath.’

‘Obviously he is a high ranking officer, unconscious of the truth about life and death situations.’

With that thought, Jacob charged back at the tired Michael.

However, instead of the soon to be death man he thought seeing, a door was abruptly opened, after which laid a sweating young girl.

‘Huh… I forgot about that brat…’

But as Jacob was thinking, he received the little girl’s intestinal juices straight in his slightly opened mouth.

Without wasting more time, Michael took Natalia to the stairs.

Having regained his wits some precious seconds later, Jacob was soon to follow them.

After arriving at the top floor, Jacob had a bad premonition. From when he entered the building till now he didn’t see a single other employee.

Suddenly, he was encircled by a group of people in black military uniforms.

‘So here were they!’

With both of his hands, he endlessly tried sending an ungoing distress signal before finally losing his calm.

As he tried turning to the now closing door, he was shot by a myriad of bullets, killing him on the spot.

Later that day, another way was closing at a port.

A young girl was firmly holding her dad’s hand as they passed through or more precisely fought their way into the departing ship’s entrance.

A bustling crowd, shouting grannies and maybe a little more men in suits, your usual rush evening by the Deprivo port.