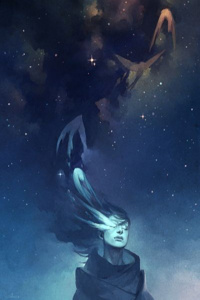 As I have mentioned in the last chapter with chapter 63 or 71 if one counts the prologue ( which I probably should have from the beginning ), the first draft for book 1 is done. I have received much less readership than I imagined at first.

To be honest, like all amateurs I had thought people would jump at my ideas like sharks upon bloody fish. Sadly it didn't happen due to many things. Mainly in the grammar department in the early chapters. With the time I have spent writing I have learned much and improved with certainty as this was my first time writing so much. And I am glad that I did.

So I want to say THANK YOU to all of you who read my work so far.

As for the next part of the series which I have in my mind but still have to write even a single chapter for the second book, all I can tell you that it will be called To Live is to Dream. I have an idea of how the poster for it will look but have yet to make it. For the story though, it will feature more different characters as it's through them that I want to project the changes that were bound to happen.

Again, I will thank all who stuck with me so far. Thank you and look forward to the future.

Here is the link for book 2; https://www.royalroad.com/fiction/43595/to-live-is-to-dream-book-2-first-draft

Bio: Ive been having a lot of thoughts both wierd and not and want to transfer them to a larger audience, and if possible earn money with it too.