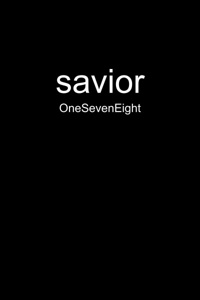 The calm, orange sunset began to fade into a blood red canopy as the once-friendly ocean converted into a ferocious beast.

For the first time since his mind arrived at the lonely and windy island, Charlie lifted his head out of his legs. He watched as the color shift occurred in the sky.

Charlie lowered his attention to his shoes. The beastly ocean water had flooded his feet and was up to his ankles.

“Not long… Before it ends…”

“Let’s get started, shall we?”

Dark, dreary clouds interrupted the sun’s path of light, which led to darker, more lifeless alley. As murky, repulsive water gently dripped down the grime-stained walls, Max held Charlie up by his shirt from behind. Charlie continued to persist in a state of self-defeat.

Back near the table, Tsuru frantically rushed to Anna’s side as she remained collapsed against the wall.

The sight that occupied Tsuru’s eyes caused her mind to descend into a state of panic and revolt.

Her face was smothered with bright and fresh blood. Her right eye was open, but her distinctive yellow-colored iris had lost its imbued life. The companion eye was closed.

Tsuru desperately plowed through her mind to find a way to assist Anna in returning from her untimely slumber, but then became distracted when Max began to interrogate Charlie.

“Hey, it’s time for you to wake up. I need to you face me, you damn womanizer.”

Max waited for a meaningful response or action from Charlie, but the boy in despair didn’t indicate that he had received the message at all.

“Hey, don’t screw around with me, WAKE THE HELL UP!”

A crow flew over the alleyway, crying out its signature squeal.

“Fine then. Be that way. If you’re not gonna start talking on your own, I’LL JUST HAVE TO MAKE YOU TALK!”

As Tsuru watched in complete consternation, Max reared his fist back, then thrusted it into Charlie’s back at maximum power. Charlie was forced forward into the wall on the other side, colliding head-first. As he slid down the wall with his forehead, Max approached him and pulled him straight back onto the pavement with moderate force. Charlie’s eyes remained foggy with anguish, now complemented with a newly-formed gash just above the bridge of his nose.

“Are you awake now? I’m getting bored talking to a living stick.”

Max towered above Charlie, closely examining his face for any sign of life. Max’s impatience grew exponentially within a minute amount of time.

“Why won’t this piece of shit wake up? You won’t even bother trying to defend your fragile ass. I hope you know that your really starting to piss me off. It’s not even funny.”

“GAH, I’M SO OVER YOUR LAME ASS! I’LL KILL YOU BY BEATING THE EVER-LIVING SHIT OUT OF YOU. KISS YOUR PRETTY ASS GOODBYE FROM THIS WORLD!”

Tsuru snapped her head down and glued her eyes shut.

The red-eyed lustful assassin stomped his foot into Charlie’s chest repeatedly, nonstop. Charlie began to cough up extreme amounts of blood and audibly struggled to breath.

Max propped Charlie up by grabbing the front of his shirt, then proceeded to repeatedly bash the side of his head. Blood poured out like a geyser from a newly formed wound above his ear.

Max paused the egregious assault on Charlie and turned his attention to the spoiler of his entertainment.

Tsuru’s question barreled through directly into Max’s mind scape. After momentarily pausing, he dropped Charlie to the ground.

“Cruel? I’m just here to give you guys a taste of the real world.”

“What does killing you guys have to do with the real worlds? It’s pretty simple, actually If you piss the wrong person off, you might die. That’s the lesson that I want you guys to remember. I never really even cared about the plan. I just couldn’t resist the urge to accept the opportunity to kill a bunch of useless, annoying brats. Got it, weeping princess?”

“But can’t you… can’t you get your points across without hurting or killing people?”

“If… you think something’s wrong with a person’s mentality, then why can’t you just talk to them?”

Max formed a look of discontent and annoyance as he formulated a rage-filled response.

“What… the hell… do you think you know about talking to people? THAT DOESN’T WORK. THE ONLY WAY TO TALK TO PEOPLE AND CHANGE PEOPLE IS BY GIVING THEM NEAR-DEATH EXPERIENCES! THAT’S HOW I WAS RAISED!”

“SHUT UP! YOU’RE THE WORST OUT OF EVERYONE HERE! ALL YOU DO IS CRY FOR HELP AND EXPECT SOMEONE TO SAVE YOU! WHY DON’T YOU ACTUALLY TRY TO FIGHT FOR YOURSELF? I HATE PEOPLE LIKE YOU!”

Tsuru melted into a waterfall of tears as Max left Charlie’s location and marched his way towards the distraught girl.

Tsuru blinked her eyes. When she reopened her swollen eyelids, Max was obnoxiously leaning into her face.

“It’s time for you to understand just how much shit you’re in. I’m going to kill you and your friends, and there’s nothing you can do about it. So do me a favor and shut the hell up.”

As she bared witness to the man with red eyes preparing to punch her with full force, Tsuru closed her eyes and cowered in fear, waiting for the inevitable to happen.

A rush of wind. A booming crack. Eerie silence.

When the punch never came, Tsuru slowly reopened her eyes, expecting to see a sea of red or that she had passed into the next realm.

Instead, she was left in a state of suspended animation as she began to process the image that was in front of her.

A beaten, bloodied woman with brilliant yellow eyes stood in front of the shocked girl, blocking Max’s incoming punch with her long and nimble leg.

Through the blood and bruises, Anna formed a radiant smile that matched her sunny eyes.

Bio: Average guy with half-decent grammar, big dreams, and a love for anime.