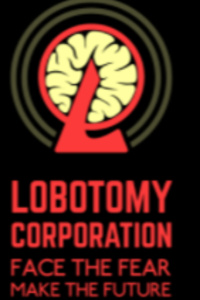 I woke up and immediately put on my uniform and put my pistol in my holster, ready for whatever I would encounter today. Leaving my house I started walking towards the company building as I met up with the people from yesterday, only this time, one of them seemed out of it as they walked and looked forward not paying attention to their surroundings. I decided it would be best to snap them out of it, so I ran up to them snapping my fingers

"Hey, hey snap out of it man!"I said, continuing to snap my fingers. He shook his head blinking a few times as he then looked towards me "You alright? you looked out of it when I walked over"

"Oh yeah I'm fine, I was just thinking about the abnormalities" He answered, "I've always wondered, how do they get one daily?" I stopped walking and looked at him with a confused expression, he took notice as he spoke again "You didn't know? every day a new abnormality comes in, although, you don't work with them so that's understandable" I started walking alongside, realizing this he introduced himself "My names Oliver by the way, I'm an Agent in the company and seeing from your uniform you're a clerk right?" he stook out his hand towards me

"Yeah, I am, I'm Leo by the way. A pleasure to meet you" I shook his hand as we approached the entrance

"Well, nice to meet you Leo, the others may seem distant but give them a chance, they'll warm up to you eventually just wait for a bit"Oliver suggested, I gave a slight nod. We put our ID cards on the front entrance, the doors opened and we headed for the elevator with the others following. We enter and I press the button to the control department as the elevator was heading down I felt a tap on my shoulder. As I turn around Oliver gave me a phone, "In case you're in danger press the button on the back of the phone, I'll do my best to get there and help"

I took the phone "Thanks I'll take good care of it Oliver" The door to the elevator opened as we reached our floor. Oliver exited first giving me a salute as he headed towards his first job as so did the others including me. I, alongside the other clerks, headed towards Taylor's office for our first job of the day until I noticed a new room. The others walked past me as I stood still, looking at the room, it had a number on the side, O-02-56, "I guess they haven't named it yet" I thought aloud to myself. I turned back to the others and ran to catch up with them.

"The hell were you doing?" One of the clerks asked. Being caught off guard I jumped a small bit and turned towards him answering his question and asking my own

"I was looking at the new abnormality's containment, what do you think it is?"

"dunno, not my business either, our job is just to restock things and deliver papers, ask Taylor or Oliver if you're really curious about what it is" He said, I can't really say I didn't expect an answer like that but I still had another question

"Do you at least know what the letters and numbers mean, I doubt they're just randomly generated?"

"I think they have a meaning, I'm pretty sure certain letters and numbers mean things but I wasn't taught what they mean sooo beats me" He responded. Me and the rest of the clerks continued walking to the Central room of the department.

We arrived and Taylor greeted us "There you guys are, everything should be ready for transport so just grab a box and get going, shouldn't take long, we've just started expanding after all. Anyways good luck you four." I grabbed my box and backtracked from where I came as something I needed to restock was in that area. I arrived and set the box down ready to restock the vending machine until I heard a door open nearby, I looked over towards the noise and saw Oliver going into the room of the new abnormality, the only thing I heard was laughter, must be something stupid. It took a bit but restocking things is easier than dealing with beings from hell, Oliver finished working with the abnormality as well

"What was it, I heard you laughing from here" I asked

"aww, man it's a fucking bird" Oliver looked like he was ready to continue laughing

"A....wait a bird?"I was confused, our job was dealing with abnormalities right? not taking care of normal animals

"I don't doubt there's something wrong with it, it has a red mark on it which i assume isn't washable, mmh maybe blood, maybe it's ketchup from its reign of terror as a bird stealing food, either way, for now at least, I can't help but laugh, it's so small"

"Mhh your description sounds familiar, pretty sure this thing is from the old Lobotomy Corp right?"I asked. Oliver went against the wall

"Beats me, I never knew much about the old place, only that things went crazy there.....wait how do you know about it?" Oliver tilted his head in confusion

"I guess I just did a lot of research, I also knew someone in the corporation, they told me a lot about it, although he never told me if it was against the rules" I picked up the empty box for disposal, although as I walked I noticed something wrong with Oliver "Something wrong?"

"I....I don't know, it just feels weird, like a nagging memory is coming back, I may need to get checked up, see ya later Leo, and good luck"Oliver waved as he headed to do whatever the job called for

"Yeah....see ya later" I waved him off then soon remembered the box I was holding as it hit the floor "God damn it". I picked up the box and walked back to the main room as per usual, Taylor was there talking with the other clerks.

"Ahh Leo I need to talk with you, real quick" He motioned me to come over, and I did "Listen I meant it when I said it was quick, I know you gotta get home. I sent you a letter that covers everything I wanted to talk with you about. just respond to me when you come in tomorrow, welp see ya later Leo."I gave a nod and walked towards the elevator to join the others, I turned around to see Taylor waving us off

"That guy really seems out of it" I heard someone say behind me, I turn around to see the guy from earlier

"To be honest, I agree," I said "For a company that deals with World killing creatures he seems.... a b-"The guy cut me off

"Psychopathic? Someone who'll kill you when you sleep? The guy literally acts all friendly even after saying if we fuck up either the company kills us or he will" He says that but he's oddly calm himself

"Maybe you two think too much" Someone, once again, behind me said. Before anyone can respond the elevator opens and we all go our separate ways.

I arrive home and I already see the letter on a table, I pick it up and open it, reading what's inside I smirked for a bit and put the letter down "Well then, guess it's time to get serious"