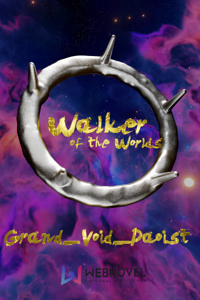 Walker Of The Worlds

On Hearing Lin Mu's answer, the Leader ordered two of the mercenaries to prepare the Steel-Back wolves. While the remaining two took care of their injuries. The leader of the mercenaries asked Lin Mu to wait for a little while and offered him a wine gourd, which he politely refused.

While waiting for the mercenaries to finish their task, Lin Mu decided to ask the leader some questions and gather some information.

"What mercenary company are you from?" asked Lin Mu.

"I'm Yan Zhong from the Fierce Blood mercenary company, and brother, may I ask what your name is?" said Yan Zhong.

Lin Mu did not know if he should tell the man his real name or not. But then after a moment of thinking decided to tell him his real name. Even if he tried to somehow verify his identity as a disciple of a sect, it would not matter as his name was rather common.

Lin Mu was once again surprised by the level of courtesy shown by Yan Zhong. In fact, this was the most courteous anyone has ever been to him. This reminded him of the prestige of a cultivator, that too of one that belonged to a sect, even if it was just a martial sect and not a cultivator sect.

"What city are you people from?" asked Lin Mu.

"We are from Xiangwei city in the south. It's a large city that has many mercenary companies located in it." Answered Yan Zhong.

Lin Mu had heard of Xiangwei city before. It was larger than Wu Lim city and also more prosperous than it. It took one 15 days to reach it by carriage. Lin Mu then thought of the many mercenary groups that had entered the town and wondered about the reason.

"Do you know why so many mercenary groups are coming to the Northern town?" asked Lin Mu with a curious expression.

"From what I know, the mayor of the Wu Lim city has commissioned multiple mercenary companies to hunt beasts for him." Replied Yan Zhong.

"What kind of beasts?" Lin Mu asked, as he did not understand why the mayor would spend so much money on mercenary companies when he could just order the hunters to do the same,

"We were asked to hunt as many beasts as we can, the only requirement being that they should be above the 5th stage of the body tempering realm." Answered Yan Zhong with a thoughtful expression.

That kind of answered Lin Mu's question as common hunters would barely be able to hunt a single beast of the 7th stage of the body tempering realm. If the mayor wanted a large number of beasts, only mercenary companies could hunt that many strong beasts.

"So, you have been hunting here all this while?" said Lin Mu.

Lin Mu did not know that mercenaries have been hunting in the forest for more than a month. He wondered, why he did not see any when he was still living in the town. His mind then moved towards the steel-back wolves, how were they this far out in the forest. They lived much deeper than this.

"How did you come upon steel-back wolves here?" asked Lin Mu.

"We spotted this small pack, some distance from here. We were resting nearby when one of my companions heard their howls. We went to check and accidentally alerted them." Replied Yan Zhong.

"But, don't they live much deeper than this?" questioned Lin Mu.

Yan Zhong also seemed a little confused and stayed silent for a minute before answering.

"We heard from the other mercenary groups that a spirit beast has been scaring many fierce beasts away from their territories."

Lin Mu had guessed that it was some strong fierce beast that had been scaring the other beasts, but did not think that it would be a spirit beast.

"Do they know what kind of spirit beast it is?" asked Lin Mu.

"No, they have not seen it yet, they have only heard its roars till now." Answered Yan Zhong.

Lin Mu remembered the group of crimson fang mercenaries that were attacked by a spirit beast.

"Could it be the same spirit beast that attacked the group of crimson fang mercenaries?" thought Lin Mu out loud.

"Oh, you know of that?" questioned Yan Zhong.

"Ah, yes, I saw the injured mercenaries in the town a few days ago." Replied Lin Mu.

At this time one of the other mercenaries came back and spoke,

"The crimson fang mercenary, who was heavily injured, died two days ago."

Lin Mu and Yan Zhong turned their heads towards the man who had come and sat down on the side. It was one of the mercenaries who was injured in the fight against the Steel-back wolves. He was now bandaged and looked a little better than before.

"This is little Hao." Yan Zhong introduced the man to Lin Mu.

"He did have very severe injuries when I saw him."

"Yes, the crimson fang mercenaries have been very pissed-off because of that. They have asked their elite teams to search and kill the spirit beast." Spoke Yan Zhong.

"Did they have any luck in finding it?" asked Lin Mu.

"No, they are still searching for it." Replied Yan Zhong.

Lin Mu and the other two men soon fell silent, and he just waited for the beasts to be skinned. 10 minutes later the mercenaries, who were asked to skin the beasts, brought the meat to Lin Mu. The men had removed the pelt and gutted the beasts. They had also chopped the meat into smaller parts, so that it could be carried with ease.

The total weight of the meat of the three steel-back wolves added to a little over 80 kilograms. Lin Mu was in the 6th stage of the body tempering stage, so it was not that difficult for him to carry that much weight and he only had to carry the meat for some distance away before storing it in the ring.

Lin Mu bade farewell to the entire group before returning to the hunting shack.

'I obtained a lot of meat today, I can't wait to taste it. Not to mention the steel-back wolves are in the 7th stage of the body tempering realm, so they will be very rich in vital energy.' Lin Mu thought with excitement.

There was still some time until the sunset, so Lin Mu decided to continue practicing the Boulder collapsing fist. He had already had a little more progress and thus wanted to experience it again.

Lin Mu stood in the stance and executed the martial technique. He kept on practicing until a few hours after sunset. By now, his punches were able to create short gusts of wind that made the surrounding leaves sway.

After another hour of practice, he stopped to eat dinner. He had roasted the steel-back wolf meat, which was emanating an amazing aroma. He ate the meat and instantly felt the difference in vital energy, compared to the Red-snouted boar.

The density of vital energy was almost twice that of the Red-snouted boar and made him feel stuffed, even though he had not even finished half of the meat that he had cooked. Understanding that he would not be able to finish it right away, Lin Mu sat cross-legged to chant the calming heart sutra.

He only stopped when around seventy percent of the vital energy was assimilated. Then he tried to finish eating the remaining portion of meat. Lin Mu ate it all and felt extremely bloated after that. He continued practicing the boulder collapsing fist until midnight, when he felt the spatial rift about to open.

Lin Mu stopped practicing and waited for the spatial rift to open. He moved a few feet away, and the rift opened in front of him. His hand was sucked inside it as always, and thus he started the search for today's item.

He spent five minutes searching inside the spatial rift, after which he touched something which felt like cloth. Lin Mu pulled his hand out of the spatial rift and withdrew the item that he had found. The item this time was a piece of cloth, which looked ragged and damaged.

Lin Mu had gotten used to finding items such as this in the spatial rift, thus did not mind it and stored it in the ring. He then entered the shack to lie down to sleep. Sleep was just more time for Lin Mu to improve upon the martial technique.

'I think it would not be long until I would be able to perfectly execute the boulder collapsing fist.' Thought Lin Mu.

'I should also be breaking through to the 7th stage of the body tempering realm soon, I feel like I'm already half-way through the stage.' Pondered Lin Mu.

Lin Mu would never have imagined that he would be progressing through the stages of the body tempering realm this fast. Even the people who have a training technique, take years to reach the 7th stage. He did not know how lucky he was to have the calming heart sutra.

If you want to read advanced chapters(more than 250+) you can go to Webnovel.com
https://www.webnovel.com/book/walker-of-the-worlds_17307252205313105
you can also join the discord server: discord.gg/fkTbUfBRsH