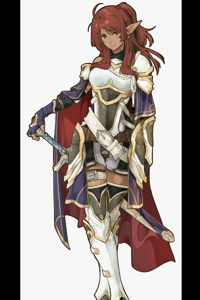 Matters of the Heart

Jareth is heartbroken after Sarah's cruel rejection of him, but the actions of a certain childhood friend are about to change his life drastically.

Alright, I had quiet a pleasant time reading Matters of the Heart. I'm not much of a fantasy person but the magic in the story is pretty cool. Hopefully more of it can be explained in the later chapters.

Style: This novel is written in the third person between our three main characters, Terra, Sarah, and Jareth. Line delivery and sentence structure is good, which is not something easy to find on this site. The author uses smooth transitions between each character so that we're not confused who is who in context. I do suggest that you find a balance between dialogue and exposition, because I fell that they may be too many conversations that take me out of the story a little bit, but this may change as I continue to read.

Story:  The story is well paced, first beginning with Terra and Jareth's childhood, teenage years, and I'm assuming adult years once the story picks up. I would like to say more but I don't want to avoid spoiling this treat for any future readers.

Characters: Alright this is a little bit tricky.  [spoiler] Terra had somewhat of a difficult childhood, being abandoned only as a baby and adopted by a man and woman, soon to find out that she is unwanted again, due to the fact that she is unique in her own way. She had a very unhealthy relationship with her mother, and due to the fact that she passed away from over drinking, it gave her a lot more freedom in a dark way. We get to see her grow over the years, from a shy, damaged fae girl into a fierce protecter. The only thing I would suggest is to perhaps show her a few scenes of her training, and how she got better and stronger throughout this century as it felt too much of a time skip to suddenly transition her to her in this role.

As for Jareth, he is a very interesting character. This man is a cinnamon roll. Being her childhood friend, he was her only friend and comfort until circumstances pull them away and back towards each other. He is an extremely lonely character, dealing with the task and responsibility of becoming the new Goblin King and falling in love for a girl who rejects him to be with her own family and brother. I think you did well with his characterization, although I want to know a little more about him, exploring the stress that comes with being a ruler of a whole group of creatures. He  only wants to be with this girl again, the healthy friendship that exists between Terra and him makes them all the more exciting to read.

Sarah-- Girl. 😂 I get that she missed her family, but she literally had a whole prince who was ready to make her his queen, and sis LEFT. Could she not just visit them? Its really nice to see all three of these characters reunited from where I am now at this story, and to see her grow from an entitled brat into someone who becomes more considerate about people's feelings  is a good character arc for her [spoiler].

Grammar: Grammar is excellent. I couldn't find any errors, mostly. Like I mentioned before, I think you're doing a great job with the third person.