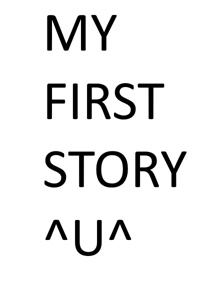 my first story ^U^

my first story ^U^ Chapter 5

author note: my best friend asked me to marry her!! we can’t legally get married but i said yes anyway ^U^ we’re going to have a private ceremony with her extended family and they even said they’d adopt me!! i’ll be mrs friend soon lol ^U^

“Furries weren’t supposed to end up like this,” complained Daily Lover, the lost gay unicorn king.

“It wasn’t supposed to be about communism, or capitalism, or any of that,” agreed Nightly Lover, the other lost gay unicorn king.

“It was supposed to be about GAY PRIDE!” the Lovers shouted in unison.

“Then how did you let a communist Blue Cookie Furry take over your country?” inquired Anime Ayn Rand.

“It was General Cat who brought him to power,” said Daily Lover.

“General Cat’s daughter was an angel, literally. Then, something happened to her and she turned evil, killing lots of people including her mom the Virgin Mary. General Cat used the opportunity to seize control and lock up his daughter, but we think he’s trying to use power to find a cure for her evil ways,” explained Daily Lover.

“Was she also a cat? With an evil eye?” asked Anime Ayn Rand.

“Yes, how did you know?” asked Nightly Lover.

“She tried to kill Firemane, but I stabbed her, and she said something about killing us all before she ran away. If she’s the most dangerous being under General Cat, toppling the furry communist regime will be easy!”

Daily and Nightly shook their heads. “She was probably only playing around, using not even a tenth of her power, and you caught her off guard.” “Next time, she’ll be much deadlier. You came to us for power, yes?”

“We are the masters of the Class Glass,” explained Daily.

“Behold!” Nightly pulled a sheet off the wall.

The windowpane displayed all sixteen classes of the world, including Anime Ayn Rand’s Paladin class.

“We can give you the power of every class,” offered Daily.

“But it comes at a price,” explained Nightly. “The power is powered by the soul of furries, trapped within.” Nightly flipped the window over, revealing a mirror.

A furry writhed within the mirror. Behind it was another mirror, and it too writhed. Down the series went, seemingly infinite mirrors and furries, in agony, screaming and crying, their minds broken from their reflective prison. “How did I get here? Help!” the closest one begged.

“If you defeat General Cat’s four officers, but not kill them, we can trap their souls within, giving you the power to defeat Lilith.”

Anime Ayn Rand nodded. “I’ll do it, but on one condition.”

The Lovers looked at her curiously.

“I agree to help you defeat them, and when we win and you retake power, you agree to join capitalism by buying stuff with the gay flag on them,” offered Anime Ayn Rand.

TL note: This chapter obviously involves the author working their newly discovered sexuality, and represents their trepidation despite their happiness. Going through so many changes in life in such a short period is no doubt very stressful for them, which explains why this chapter that should be triumph is instead defined by oddity. I believe this view is further enforced by the lack of author comment at the end. Also, it’s clear that the author often swaps genders for characters from their own experiences, probably in an attempt to create distance.

Secondary TL note: The author’s reveal of gender and sexual orientation lead to an explosion in comments, mostly harassing ones from accounts that, though since deactivated, appeared to belong to teenage boys. I’m glad I wasn’t like that, back then. I couldn’t bother to count the number of unique commenters, but there were six hundred and two pages of comments, each page consisting of twenty comments.