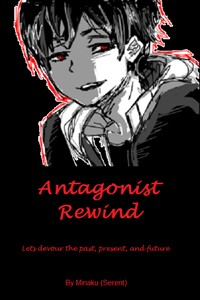 The rickety wooden wagon rolled down a long and seemingly endless dirt road. These roads were pathed by the pioneers. Although they were called pioneers, all they really did was refortify the existing routes made by the people who actually lived in the Wild.

On Noxia there were type kinds of people. The ones who were born in luxury and live on the seven islands where one of the types. They are enveloped in their own cocoon of sophistry and gentry. They have their advances in technology and their knowledge. But with that comes a complete alienation of the Wild. Due to electronics not working in the wild, the island side of the planet had little ideas about the Wild side. The little information they knew are only known to the ones in power and the ones who deal with trade. The common people had no idea what existed in the Wild other than beasts and monsters. All the amazing energy skills they see on TV were called ‘magic’.

The other kind of people, were the people who chose to live in the Wild. Constant fear of beast and animals have forged them into a strong group of people. They live in well-fortified cities with strong walls. As if reverting to medieval times, they mainly live near usable bodies of water with woodlands nearby. Being near bodies of water not only provide clean drinking water, it also provides food in the form of aquatic fauna. It also allows irrigation and thus farming. Due to the constant war between man and beast, the people of the Wild found they had power long before the other side did. They were well versed in the art of combat and many were elites with strong control of their energy.

One side of Noxia, had technology. They were arrogant and proud. They favor knowledge over wisdom. Because knowledge will allow you to get further up the food chain that is economy.

The other side of Noxia, had skills and control of the mystical energy of the planet. They were humble and hardy. They favor the wise over book smarts. Because wisdom will keep you alive.

The games really opened the eyes of the arrogant islanders. They saw for the first time, they truth of the Wild. That even if a majority is nothing but deadly wilderness, there were pockets of civilization.

Janus was one such pocket. Originally it was a small sized fortress with a mediocre pocket of people living there. With the boom of new adventurers, the city grew significantly and became the medium size social hub it is today.

The meeting of East and West, the Islanders and the Wild. Sharing of information has brought new discoveries and advancement in both technology and magic.
______
Finally, the sight of a large citadel could be seen over the hill.

[Turf]: There it is, the harbor city of Decaport.

[Crule]: And behind it is the great lake Trysl?

[Turf]: Yep. Funny thing, although it’s called a lake, that thing is as big as a sea. I always wonder why it’s called a lake and not a sea considering it takes several months to get from one side to the other via boat.

[Dante]: I think it’s due to the definition of a sea compared to a lake. A lake is a fixed body of water where as a sea eventually flows into an ocean. On our planet we have no ocean, only many huge lakes.

The wagon continued on its steady pace. Tied to the back of the wagon was a wooden cart full of monster corpses. They were the spoils of the journey. The sheer amount was amazing. It was a miracle the tiny wagon could pull such a heavy cart.

Crule and Ming sat on top of the wagon as always. They looked ahead at the brightly shining citadel that sat next to the glistening waters. The citadel was made from a strong stone the locals called Seastone. It was easily melted and shaped into large bricks but once cooled, the stone was extremely strong and resistant to weathering and erosion. The citadel would be the exact same as when it was made if not for the attack of monsters that occurred over the centuries.

Just as Turf planned, just as the suns were about to fall below the horizon, they reached the large gate of the citadel.

A dozen guards were keeping watch while another dozen were doing inspections on the people entering.
Turf slowly drove the wagon to line up and they slowly crept up to the front of the line.

A guard stopped the wagon with a wave of his hand.

The guard nodded his head as the other eleven guards started to inspect the wagon.

They looked but didn’t lay their hands on the merchandise. They learn from experience that crafty merchants may cause them trouble by saying they broke something expensive and making them have to pay for it. The guards don’t make enough money to deal with that kind of trouble every day.

The search was finished and the leader guard continue to ask questions.

[Guard]: Purchasing a house or staying at an inn?

[Guard]: You will need a visitors pass if you wish to stay longer than 30 days. Please apply for one at the town hall or guild hall.

The guard nodded and they backed off. Turf slowly drove the wagon through the giant metal gates.

The merchandise was well protected as Crule and Ming took care of any beasts or monsters that approached. Dante and her two cohorts also did their job well.

Turf is going to make a sizable profit this time.

[Turf]: Oh right, Crule, Ming. Since you guys did most of the killing, the monster loot will go to you.

A twinkle in his eyes as Turf said his next sentence.

[Turf]: Would you like me to sell them for you? I can guarantee a hefty profit!

The last thing he needs now is to take time to sell the mountain of monster and beast materials.

Turf grinned ear to ear. Looks like he can afford a mansion with the money he’s going to make.

They finally reached the inn. It was another acquaintance of Turf. A distant relative of his opened an inn in Decaport.

The smell of salty brine filled the air. The sound of aquatic avian creatures cawed in the skies as it began to quiet down. The streets were growing silent but the pubs and bars were growing louder.

Crule and Ming retired to their room. Their contract with Turf will be over once he finish selling their spoils of the journey. Dante and her two companions left to another inn to meet a friend of hers. Most likely they will split parts from here on out.

Crule sat on the wooden balcony of their room. Ming walked up behind him and hugged his back.

[Crule]: We finally made it huh?

[Ming]: It was a tiring journey.

[Crule]: Yes, but now we can finally finish up another seal.

[Ming]: And perhaps make a name for ourselves.

They enjoyed the starry skies that reflected off the enormous expanse of water that is Lake Trysl.