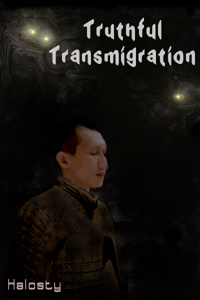 As he spent more time in the Green Sands, John grew used to being miserable. Though maybe that was just his stubbornness. It wasn’t as if he was the only earth elemental cultivator in the Green Sands. Aydan was unable to offer help, because he cultivated darkness and merely resisted the heat with his more powerful spiritual energy. Aydan had more experience, but he couldn’t offer anything to John besides encouragement to continue practicing his control of spiritual energy. That would just take time. A reasonable solution to any cultivation problem, if he just wanted to be normal. The problem was that he felt like he had everything he needed to know and just couldn’t put it together. It would be much more rewarding if he could figure it out himself.

Though the majority of time spent on the road was devoted to cultivating, there were also moments of conversation. He traded news back and forth with Tena and the others, though most of it didn’t matter to him at the current moment. Going straight into the topics John wanted to speak about was socially inappropriate, but eventually the opportunity presented itself.

“Alina has been attending some of the Tenebach’s balls,” Tena commented, “How is her dancing?”

John considered for a moment, looking for just the right words. “I think ‘vigorous’ might be the best description. Quite a different style from what is typical in the Earth Conglomerate.”

“I’m quite attached to our more traditional dances, I must admit. I believe her preferences are somewhat more interesting.”

“I’m not sure if she has mentioned it, but she often dances with my cousin Tempkeit.”

“Really?” Tena asked. “A rival for your position?”

“The Tenebach clan’s line of succession is quite stable, but even if it weren’t… he would not be a main competitor. I believe he has recently achieved the seventh rank. One might wonder at the target of her interest.”

For her part, Tena looked quite surprised. “I’m afraid I cannot say, since she has not spoken to me about this. Perhaps it is merely a passing fascination.”

Tena’s response didn’t necessarily mean anything for Alina’s motives- merely that she didn’t know them. John had no interest in interfering if she was truly interested in Tempkeit, but there was always the possibility of political machinations. “I suppose time will tell.”

“Indeed. She might also change her target… say to the young master of the clan.”

“I’m afraid to say that I am already spoken for. I am arranged to marry the lady Matayal Brandle. The Tenebach clan has found that polygamy leads to quite messy lines of succession and infighting.” John couldn’t say that, despite growing up on Earth, the idea of polygamy didn’t appeal to a certain part of him. However, if he were to be logical about it… people barely held together marriages between two people. Where more were involved there was far too much jockeying for position, even if one were to ignore love as a factor. Merely the time commitments alone… it was best to relegate it to stories or for use by emperors who didn’t care that their whole empire would fall apart into a million little pieces when they died.

“Now that you mention it, I heard about that before,” Tena nodded, “In that case, I would expect she’s doing exactly as she wishes. She usually does.” With that, the conversation moved on to other topics, and the journey continued.

Travel stopped in the middle of the day for the sake of the animals avoiding the heat, and at night both because of darkness and a need for rest. Large canvas shades were set up to shelter the animals and people from the sunlight, and the better airflow and range of movement they allowed for compared to a carriage made it more comfortable for the humans. Not too long after the shades were set up the temperature of the sand went from intolerably hot to almost pleasantly warm to even a little bit cool… comparatively, anyway.

John lay on his back in the sand. One big problem with sand was how it liked to find ways to stick with you forever… but with a little bit of earth elemental spiritual energy he could push it away when he no longer desired its presence. For the moment he didn’t mind having sand all through his hair and in his boots. Even the cultivators of the Milanovic clan seemed to enjoy the mid-day break- though many of them chose to cultivate out in the noon sun instead of taking shelter.

As he lay on the tolerably cool sand, John thought about cultivation. This was as close as he was going to get to a proper location for him to cultivate unless they found a cave. There wasn’t any natural darkness, but he could feel the earth elemental spiritual energy in the ground still. It was even somewhat easier to control, as it didn’t clump together. Sand was looser than dirt, and the spiritual energy with it seemed to share some similar properties.

More important than it being easier to use, though, was that John had a realization. Perhaps he should have had it earlier, but Fortkran seemed unaware of the idea he had. John couldn’t say he had immense scientific knowledge, but on Earth it was quite easy to casually learn information that wasn’t easy to discover independently. That was one thing the education system had managed, at least. He might have gone into science if he’d been able to continue college, but he knew at least the basics for most fields. Whether everything would translate to cultivation in his current world… that was a different question. Physics seemed to work more or less the same, but spiritual energy threw kinks into things.

As he lay on his back, he sent his senses down into the warm sand. It didn’t hold onto heat for long, but John’s problem wasn’t letting go of heat when in the shade. That he had handled just as well. Deeper, the sand was a bit warmer since it was insulated and able to retain some more heat. However, that was all within the first meter or two of sand. Below that, it was cooler- there was enough insulation that it never got hot to begin with. John didn’t think he was able to add so much depth to his earth elemental spiritual energy that he would never overheat, but he had a better idea. He just had to reach down into the ground.

He made a few attempts, and then realized he would have to give up his comfort to truly test what he wanted. So he stepped out into the sun, allowing himself to overheat quickly. He returned to the shade, and while he knew it was better to stretch his limits, he needed to test the principle first. He circulated his earth elemental spiritual energy through himself and into the ground, carrying along with it excess heat. His biggest difficulty was reaching deep enough into the ground, but he absolutely felt some heat disperse. When he retracted his energy, he was cooler- and very little of it was used up, since the heat was merely coming along for the ride and he didn’t use its potential to move around earth.

If John tried to directly move the heat into the ground, the results were much worse. But he already knew that. He had almost no control over the fire element, but it very much stuck to him and found its way into his spiritual energy.

He alternated between sun and shade until he was more practiced, then began sitting in the sun, circulating as much energy down into the depths below him as he could. Beyond how far down he could reach, he also discovered another limitation. The ground eventually heated up with his efforts, and that meant it was less able to siphon off heat. That could be solved by moving to a different location, but it was relevant nonetheless.

At the moment, it wasn’t practical to use in combat. He had to be firmly planted on the ground and concentrating solely on his connection through the earth. Active attacks would overwhelm him, but the principle was solid. As he gained more control, he would be much more effective. If he could expand the radius his energy extended, he could not only reach deeper but wider, allowing for a much greater volume of earth to absorb energy.

John felt himself ever closer to reaching the eleventh rank of cultivation. All he needed was one more step. He felt like he could achieve it at nearly any moment, though he didn’t want to make the attempt in front of others. If he failed, it would be bad for his image. If he succeeded… he would just seem to be showing off. In addition to that, though there were no current troubles with the Milanovic clan, breakthroughs could reveal weaknesses to those watching, and he would rather not share any of those with others. But once they found a proper place… he would be eager to make the attempt.

Bio: I write things. Some of those things are on my website: halostystales.com, though they are also elsewhere. Like here.

Thanks for the chapter 🤙

Thanks for the chapter 😊