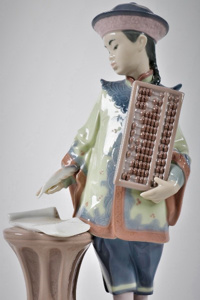 Journey of a Scholar

What would you do if you got reincarnated ?

Our MC has to answer that question as he is reborn in a fantasy world: full of magic, martial artists, watchfull gods, exotic races and dangerous monsters.

But fate isn't on his side, as he has to start from scratch, without strength, magic, riches, nor any cheatlike power.

How can one survive as a poor commoner's child in a dire world when his sole strength is the knowledge he retained from his previous life on Earth ?

Discover Erendia and its mysteries alongside him, on a journey, full of hardships and struggles, walking the path of a scholar, with a pen mightier than any sword.

Expect a slow start, more slice of life oriented till around chap 20 as our MC is an infant discovering a brand new world.

PS : English isn't my mother tongue, so please do point out any mistakes so that I can correct and edit them.

PPS: tags are here mostly so I don't have to worry about censorship. There will be some gory moments, some psychological violence, some dire situations and maybe some sexy ones, but do not expect smut.

This is very much a slice-of-life story. The MC makes realistic choices that are impacting his fate. He's not being buffeted by circumstance and forced down paths, which adds a lot of depth and believability to the story. I personally like the slower pace the story is moving.

English is not the author's native language, and it shows. They seem good-natured about it and willing to learn.

My biggest problem with the story is more about a character flaw. The world uses a base-16 number system and a non-phonetic character set for the main language. The base-16 aspect is tied heavily to religion as there are 16 gods, and 16 months, and 16 sections to a day. As a reincarnator, they want to bring over the base-10 number system we use and Latin based phonetic characters.

Trying to bring over our base 10 system is going to cause problems with the local religion, and Math doesn't care what base is used. All the general rules we are taught would still work with the base-16 numbers. I could see him being accused of heresy and denying 5 of the Gods their due. It will also be hard for people to switch to base 10 when they are so used to thinking in base 16.

It's this Earth-centric thinking that I find to be problematic. It's more of a character flaw than a story flaw, and it's believable which makes it a little more tolerable. Maybe this will cause problems later on, or maybe his perspective will always keep him a bit separated from the world he now lives in. I hope he finds appropriate consequences for his shortcomings.

Writing isn't actually bad, you can tell that the author is ESL but overall the quality of the writing is quite decent.

The issue I had with the story is that it is literally slice of life, for an infant, toddler, and now child.  500 pages of that perspective.

I made it through chapter 15 before I just started scrolling looking for anything interesting, because honestly the setting isn't interesting enough to carry the story, and thus far it has all been world building.

I gave the story 3.5 stars because it's well written, but honestly it's like watching paint dry.

Good story, I recommend you give it a try

There is nothing wrong with the style.

I always love stories where the protagonist is introducing all types of new ideas, so I gave it 5 out of 5 stars.

The main character is well rounded, but the side characters need some more work.

The Grammer has improved a lot in the rewritten and later chapters. I find it more than acceptable for RoyalRoad.

please do give it a chance; the writing becomes noticeably better in later chapters.

The grammar is quite bad. For a test, I copy-pasted the first chapter in the free version of Grammarly "grammarly.com", and it became immediately clear that the author had not done this. I would recommend the author to do this because the grammar/spelling mistakes can, for a large part, be removed without almost any effort from their side. Please do consider that Grammarly is not perfect, and at times it makes wrong suggestions. This means that you can not simply accept all of them without thinking.  As a second check, I also usually paste my work in Word, but I do not know if the author has access to that program. Grammarly also has a plugin such that it can be used on other websites. That might also be an option if the author does not wish to copy-paste their work into another website.

I needed some extra words, so I thought it would be nice to thank the author for posting this story. It is greatly appreciated, and I hope that my Grammarly suggestion is of use to you.

Starts off smart.( Keep me from dying please,) kind of addittude sends our mc forward in his adventures.

Not as bad as it sounds but he is forced to reveal information very young.

The characters though are likeable, most plot points are reasonable. ( I would make my own alphabet because I was board out of my mind as well)

This character at least by chapter 50 is definitely not op. The mc is still struggling to understand parts of the world around him and making a few fopas. ( Strategic/ social mistakes)

This is an excellent read top quality? No but really close some polish and this ends up within spitting distance of the top.

Reviewed at: chap 9 : The Typhoon

EDIT: The author fixed up the grammar, at least in the new prologue it looks somewhat better than it was, so I presume he also fixed up the later chapters. I still spotted a basic capitalisation mistake in the third sentence of the story though... ("i" instead of "I".) But it looks cleaner than what I have previously read from the author. Also, the prologue improved on the story issues somewhat, I think. I adjusted the score accordingly.

The five stars for the grammar don't reflect the current level of the book. See example above, or the consistent use of spaces before question marks - which is the correct punctuation in French, but not in English.

But I respect that the author puts effort into fixing the grammar, so I bumped the score up for now.

The idea, that our isekaid hero has no mystical power or divine help to rely on is close to my heart. A hero, who is your average baseline human, and can't rely on anything but on his knowledge, wits and perseverance while he has to survive in a hostile world. There have been many good stories built on this premise, timeless classics like Now and then, here and there; Gregor Man's saga or Leigh Brackett's Eric John Stark books.

So the premise is given for a good story, but sadly, the execution fell flat.

An awful lot of infodumping interspersed with weird wordings and expressions.

The author decided to start the story from the very beginning, as in literally from the childhood of our protagonist in the isekai world. We get to know his family, his immediate surroundings, his childhood friend and his everyday activities in excruciating detail. It is an interesting choice, that could have turned out well, but it didn't.

As it is right now, it is too boring and slow-paced to be your usual action-packed isekai, but it is not endearing enough to be a slice-of-life. To me the novel reads as ruminations about a plethora of subjects, with some plot added in as an afterthought.

I am hardly one to talk given how bad my manuscripts usually are, but the grammar is atrocious. Capitalisation and punctuation mistakes are abound. Author, please, please, please, use a spell-checker.

The main character gets a lot of screen-time, obviously, and the second most prominent character is probably his childhood friend. Despite this, to me they still felt like interchangable cardboard characters.

All in all there is a core of good ideas in the book, but the execution needs a lot of work before this becomes a good novel.

Reviewed at: Chap 59: The sixth Race.

This is a good story, albeit with somewhat dubious grammar. The worldbuilding is very strong and the characters aren't bad.

But (rant start) the MC makes some decisions that just don't make sense. The comments in Chapter 28 cover a couple of the oddest. First, he's given a book of (extremely expensive!) paper to work with but rips some pages out to sell and to give to his poor child friends. Any way you look at this it's extremely suspicious!

Second he is determined to stick to using (and teaching) the decimal system even though everyone else on the planet uses numbers based around 16 (the number of gods in the pantheon). Why? The only answer is 'because he's used to it' but he's had the whole of his new life to learn to use the new system and, frankly, hexadecimal is not that hard. He's even got a god's blessing that (apparently) makes it easier to memorize things.

Reviewed at: Chap 13: The Temple festival

So far it has been a pleasure to read and I anticipate more chapters.
If there are grammer/spelling mistakes I have not noticed as I have been too engrossed reading.
Early chapters which correspond to the MC's infancy seem more realistic compared to other novels whilst also giving world building in small enough chunks that it does not overwhelm.

Journey of a Sholar is a story that follows the journey of a man reborn in a new world. While this is a some what common theme, Journey of a Sholar sets itself apart by having the MC die of an illness after a rather short life, though a well lived (-ish) one. He is reborn in a fantasy word as a commoner and then the story begins. The story is a really interesting look into an evolving world, it is well written and so far it has been rather comprehensive.

Reviewed at: Chap 47: Testing for Chi.

This story does a good job of presenting a world that is different from our modern one not just by having magic but also on a more basic level, different writing and numerical systems that all make sense in the context of the world. The author does a good job of showing how even the bedrock of our society that we take for granted can be revolutionary. The reader can see that the small innovations the main character is introducing are going to pay huge dividends for his entire society. Certainly, a story worth watching has the potential to be one of the greats.

Slow-burn, but has a lot of potential. Characters feel realistic. MC is interesting and smart. He plans for future steps and tries to do best in current situation, whilst being in a kid body.

Overall I liked it. Great story to spend a weekend on. With the new Writiton finished there is even more chapters!