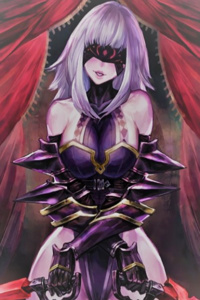 Garuda, the Ruler of Skies, has arrived!

‘Dammit! Why do I have the bad luck of seeing this guy helping out a stranger! I admit I am scared of the Infernal Force, but if I can’t even help the guy who put his head into the lion’s mouth for the Independent player, I cannot even call myself a man!’

“Well… if brother Peanuts insist, I will take this scroll, but I will exchange something of mine with you…”

‘Ah it’s just my luck! I thought this brother was of noble character, now he has exchanged this trash weapon with me, I can’t even ask back for the scroll even if he doesn’t use it’

Sigh! ‘Guess, I am taken advantage of again…’ lamented Peanuts as he clicked on the weapon on the bag interface, hoping to salvage least some scrap of value. In AMAZON, equipment can be disintegrated with a chance of obtaining the ores used in the equipment making, lower the weapon quality the more the percentage of probability and amount of raw materials extracted. This mechanism allows the newly adventuring gamers to save a bit on their equipment cost when they are still weak. Only players of Lvl 20 or below can avail this feature.

Rueful over the loss of his scroll, Peanuts checked the tier and rank of the rusty weapon. However, as soon as he did, Peanuts was stunned into silence.

All spell casting time reduced by 50%

All items Lvl requirement decreased by 10

All spells proficiency increased by +6 Lvl

Defense of the summoned creature increased by 300%

Description: Allows the wielder to summon a companion to fight by side or can be used for travel allowing user to recover stamina and concentration.

Effect: Cast a mana dome around the wielder that can take damage of 20 times of the player‘s HP+MP.

Description: Insta-casts a mana dome around the wielder to defend against attacks that is of 20 times of the total HP+MP.

Description: Insta-casts a spatial tunnel allowing the wielder to shift 1000 meters in one second. No chanting or hand-seals required.

Weapon Description: This staff is designed for the basic apprentices of the Ancients Clan. A default staff used by the lower-class apprenticeship in the prestigious Manacloud School of Magic. Though the staff is common during the time of Ancients, for the present ages such magical staff is extremely precious. May contain clues that leads Ancient’s magical tomes. May trigger a Legacy quest based on the wielder’s spell casting performance. Hard to repair, may explode once the durability falls below 1/3.

When Peanuts first read the name of the staff, ‘Staff of Apprenticeship’, he was thoroughly incensed at the hooded stranger and wanted to curse at him, but the word ‘Ancient’s’ caught his eye and the as soon as he read the rank of the weapon he wanted to slap-himself to know if he’s dreaming or not. Weapons are of 12 grades starting from Common-Grade to God-Grade. Mythic Grade is just third from the top. So far, there is no news of any Super Guild possessing a God Grade equipment. Mythic Grade is already very rare and often causes guild wars when one was found.

Peanuts could not believe his luck when he got a Mythic Grade staff in exchange for a measly Instantaneous Movement Scroll. He wanted to thank his lucky stars that he did not chose to rat out the stranger. Infernal Force may have given him an Iron Grade random equipment if they are feeling generous.

‘I’ve hit the jackpot! So this is what mom meant by great things happen to noble people’ Peanuts nodded to himself reading the weapon stat for the 11th time.

‘Ah Shucks, I missed on getting this rich and generous brother’s name. Let me check on the Game Log, his name would be recorded in the Materials Traded panel.’

“He… he is Garuda…” though Peanuts’ voice was faint as he said that out in daze. Everyone quietened, the arrogant guild members abruptly stopped as the hooded player went towards Two Fingers.

Chuckling to the stupefied silence of the crowd, he removed his hood, which was an enchanted stealth equipment of the High-Elves.

As soon as the hood came off and intense wave of pressure surrounded everyone, the independent players did not feel dismayed by this pressure as it quickly alleviated all their fatigue. However, the same cannot be said for the Guild members of Infernal Force.

Every step Garuda took towards Two Fingers felt like he was smashed down by a war hammer. In just two steps, everyone but the 1st Legion commander fell down to their knees.

“Garuda! Don’t push your luck!” said Two Fingers with gritted teeth glaring at the no. 1 independent player in the entire AMAZON…

“Garuda, the Ruler of Skies, has arrived!”

Creating content takes time, energy and immense creativity. Want your valuable opinion for Patreon, please select one of the option below
Previous Chapter Fiction Index
About the author