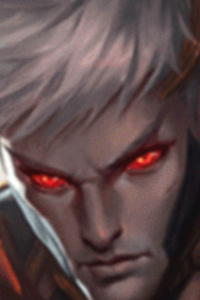 Loko ran towards the staircase, he sprinted down, taking three steps at a time. Arne and Oslo chased after. Loko’s hands swiveled around trying to keep his balance.


Loko continued running, unresponsive. The steps continued, lanterns lit the space up but it was still gloomy.

They had reached the bottom. Loko had been unrelenting in his running. He continued and ran out towards the forest. The trees were bigger than Arne had ever seen them. The leaves made a roof above the floor making it dark and filled with shadows.

Loko sprinted right in, he sprinted like he had a destination. Arne and Oslo wearily followed after, they had to keep the same pace or they’d lose track of him.

“Stop following me.” Loko said, his hand pointed backwards. The text on his bone shone and a shockwave flew towards Arne and Oslo. Arne felt like he had been slapped by a stone wall. He flew backwards, alongside Oslo. His bone crushed but quickly recuperated.

Loko ran deeper into the forest. They lost sight of him. Oslo slowly got up, “that was some amazing air magic!” Arne could have sworn he saw sparkles in Oslo’s eyes.

Oslo added, “since we are already out here, why not explore a bit. It’s better than coming late to the combat lesson.”
“But completely skipping it is better?”
“Hahahah, yes.” Oslo answered.
“Sure then.”

They stood up and travelled further into the forest. Arne looked around at everything, The trees were three times larger than the trees back at his town. The leaves were red and yellow and covered the roof entirely. The light shone through the leaves, colouring the ground in red shapes.

The grass on the ground had become green moss. It covered the entire ground, his bony feet sinked into the moss. He tried kicking it, he failed to make a wedge. He saw small red mushrooms cluster against trees. The roots of some trees penetrated through the moss showing their gigantic size.

They travelled further into the forest. They were confident in finding their way back since the school was in a mountain and the mountain was huge. The forest felt completely empty until it didn’t.

A three headed dog stared at them. Drool flowed out of its mouth, soon there’d be a pool of drool beneath it. Two skeletons was dreamlike. Oslo began taking steps back, “fucking cerebus.” He detached his left arm and threw it above the dog. One of its mouths bit into it, completely crushing it.

Arne’s eyes teared up. His left feet began shaking. Oslo’s arm had regenerated. For each step backwards they took, the cerebus took two forward. Oslo mumbled, “Detach your arm and throw it at him.”

Arne looked at him, his eyes shocked. He had never detached his arm before. He grabbed his arm, and pulled it down until he heard a crack. He had detached his arm, but he still felt sensations come from it, as if it worked normally.

He threw it towards the side. The head closest to the hand reached for it, but the rest continued staring at the two delicacies in front of them. Why eat a slice when you have the whole cake?

Oslo said, his voice shaking, “You- run. I will distract it.”
“I can’t…”
Oslo interrupted. “Just go before I regret it.”
“Fuck that. I’m not a coward.” Arne said, his voice practically tearing.

The three heads bent over, ready to take a bite into Arne and Oslo. Suddenly, they heard the wind cut. An arrow had flown through the three heads. Life drained out of their eyes. They collapsed.

Blood poured out. Arne couldn't believe his eyes. The arrow had gotten stuck in a tree, wedged deep. Arne looked towards the direction the arrow had come from, he saw nobody.

“You’re looking towards the wrong direction.” The sly voice said.

A human appeared from behind the tree with the arrow in it. Except, the human had pale white skin like the moon, cracks appeared all over, her eyes were completely white. The bow she held onto slowly sank into her skin. She walked towards them.

“You must be the most peculiar skeleton I’ve ever seen. Eyes, and black bones. What curse do you have?”

Oslo mumbled silently, making sure only Arne could hear him, “Be careful of her.”
“Well what’s your answer? I did just save your lives no?”
Arne spoke up. “I’m a skeleton archer.”

“What…” She broke into laughter. “A skeleton archer, I’ve never heard a more peculiar joke. Do you even have a bow.”

Arne instantly made the bow appear in his hands. Like the wind she faded away and then reappeared in front of him. Her eyes were tightly screwed together, “That is one bow. Can you put it away?” She asked with more curiosity than threat.

The bow in his hands disappeared. “Wow.” She loudly said. Her eyes jerked up, staring him in the eye. She saw something he didn’t.

“What about you?” She looked towards Oslo, “What are you?”
“I’m a lich.” Oslo proclaimed proudly.
“A lich, huh. What magic can you do?

She faded away again, and appeared in front of the tree. “Well. That was interesting, good bye.” She began fading.

Her eyebrows went up. She waited for clarification.

“How did you shoot such a powerful arrow. Not to be rude but you don’t look strong.

She answered, “it’s all about the arrow.” She faded away.

Arne had to know. His bow materialized in his hand, he took out an arrow and pulled it back with all the force he had. The arrow flew faster than he could see. It didn’t penetrate the tree's crust.

Oslo was confused. Archery seemed like a pain in the ass to him, and it was clearly inferior to the great air magic. About air magic, he really wanted to continue reading up on it. He said to Arne, “Let’s go back.” Arne nodded and they travelled back to the school.