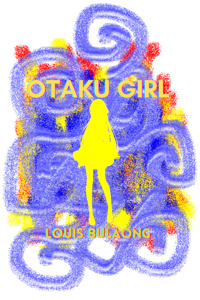 Imagine a world where you can live the life of your favorite fictional characters. Where you can become a real comic book superhero, anime protagonist, video game badass, and other great characters of fiction. Where you can gain actual superpowers, live in a fantastical world filled with villains and adventures, and have fun battling it out with other fellow geeks.

In the virtual reality world known as the Escapist Dream, all of this can be possible for a price – once you get in, you can never get out.

A Japanese otaku and an American geek would become trapped inside, and forced to fight for survival against computer viruses and other crazed players that had taken over the virtual reality world. Would their new-found powers and teamwork be enough?

For what they didn't know, behind this malfunctioning virtual reality world, hides an even darker evil. One who is all-powerful, sadistic, and possibly eldritch...

I finally have time to write this review so here I go :

Otaku girl is unique in a lot of ways the idea might not seem original but I don't think anybody actually adapted it yet, so bravo for that.

In general, the story is amazing I love the mc, the dialogues are what I love most in this story.

You should seriously give this story a try!

A hot mess that is perfection

This story is all over the place but I love it.

I came for weebs and geeks and I got it.

I came to simp and I have simped.

I got what I wanted out of this.

But seriously, this is a story about a Japanese girl whose forced to sound like a weaboos wet dream due to a murderous VR game that she and a cowboy are now trapped in. The two have the power of God and anime on their side, along with excellent shipping material if I do so say myself.

Does the plot make sense? Not really. Is everything moving hella fast? Yes, very. But it's so good, it's like fever dream you must enjoy fully. I'm so interested in these characters and this story, I love it. GI literally had tentacles go in her before my eyes and I cried at the sheer beauty of such a action. The last chapter ended with her and Charlie being tormented by a psychopathic most likely british man.

Bravo dear author bravo I say. If you are here for a few laughs you'll love this, if you are only here for dark and long book quality fiction I'm unsure you'll love this as much as I do. This is like the handskakers of fiction, yes i said it the 2017 HAND SHAKERS OF FICTION. I stare at it and say dear god what even was that I loli I see? Pure bred?? Wow. I am amazed.

I stare and I cry in sheer joy. I CRY goddamnit. Please author continue this beautiful satire of weeb glory.

Where is my VR headset?

The descriptions are vivid. Most of the scenes and the characters are full of details and full of life. A lot of work has been done here. There is still room to improve but the start is really good. There is a lot of anime and geek references. I'm not into anime but the geek stuff were my jam. Are they too much? Maybe. Maybe not. The reference humor is hard to balance and it has to find a specific public.

The story is quite classic and I'm not a big fan of the genre. However, I love these kind of cyber-universe as I'm a big fan of cyberpunk and I'd like to read more stories taking place in virtual reality. I did enjoy the ride as what appears to be really confusing hides a good plot and interesting characters. There is a lot of exposure but it's always necessary when it comes to explain a system. It feels ok as it's well written.

Haven't seen a lot of mistakes. Not the best person to judge on that though.

A bunch of nerds trapped in a cyber world where they can have fun with their nerdy fantasies. Quite classic but here it's believable. The descriptions of the characters need a little bit of polish but the dialogues are top notch. This si a good point because it was what makes me continue the story til the end even if, sometimes, I had to look up for the reference.

The Gundam in chapter 6 deserves a 5 stars

Not my taste, but still good

The idea is great, but the characters seem a bit off. However, I think that might be the point. Its always great to poke fun at media, and this does a good job at doing that at some points, but sometimes the writing feels a little jagged. The writer seems to start from somewhat formal narration to informal and I suggest he pick one to make the flow of reading much easier.

Reccomended for super fans of anime and LitRPG :)

The authoer does a good job of describing scenes, costumes, etc. Some descriptons fall flat, but adding details helps one imagine whats going on, and its very impressive! Most writers on here don't do that.

Other than one part that seemed confusing, the overall story has a great premise. As more goes on, the exposition seems natural, and not forced. I've seen so much forced exposition in LitRPG's, so this is a great change of pace!

The characters are believable. Lots of nerds going into an RPG world to live out their fantasies. The way they speak is believable too, as well as their reactions to the world around them. The only qualm I have is about how some of the chracters are described.

I don't want to be told that a character is Caucasian. Tell me that he has brown hair and green eyes! Yeah you can tell me he's Caucasian, but I want more. The girl in chapter one was described wonderfully, but past that I can only fill in the blanks @[email protected]

I am keeping this review basic as there are only five chapters and the author is planning to do a major edit soon. The premise is truely awesome. Virtual Reality, and being stuck in it. I myself am not much of a gamer but I have played some Oblivion and Skyrim. So, I can see the great potential of this story. Currently author is only at Chapter five, so it is too early to comment on overarching story and characters. But the promise is there. Also, the writing has a steep improvement from Chapter one to later chapters. Grammar is pretty good and any errors have already been pointed out in the comments. I plant to revisit the story in the future and check on how it has fleshed out. Thank you, author. :D

Louis Baolong's Otaku Girl reminded me a lot of Ready Player One, and I'd say that reading it was a pretty interesting experience.

This story caters to fans of the VR and isekai genre, and whike I personally enjoyed the anime and geek-culture references, I can also see how these can be off-putting to those who aren't really into such things.

Grammar-wise, this story still requires significant polishing, but the tense inconsistencies and awkward phrasing do little to detract from the unfolding of the narrative. That is to say, there are quite a few grammatical errors, but overall, everything is still quite readable, unless you are unfamiliar with anime and/or certain types of geek culture terminology.

There is also a pretty significant plot hole that comes to light somewhere in the third or fourth chapter. However, the writer has expressed an intention to fix it.

This brings me to what I'd say could either be the story's strongest or weakest point: the anime/geek/meme culture in which it is immersed. Louis Baolong frequently uses terms and descriptions from these genres as shorthand in place of actual descriptive imagery. For genre fans, this is more than enough. For others, the narrative could turn out to be opaque and confusing. However, a reader who chooses to read a story titled Otaku Girl in the first place will almost certainly belong to the former category.

For such readers, Otaku Girl will prove to be more than entertaining.