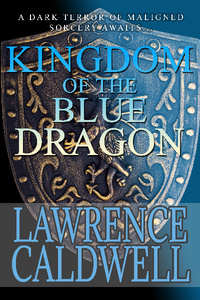 “The auras are getting really strong!” Mai hissed. “That way.” She pointed toward another structure built into the rock face of the mountain straight ahead. “I’m almost certain our gear is in there.”

Yoreno nodded as he crouch-walked past the structure on their left. There was a lot of noise. Perhaps a morning meal was being prepared for a group of warriors. The only problem was that there was a window with the shutters open.

Nudging closer, Yoreno glanced through the opening and saw a dark-skinned man with a grubby apron on. He lifted a sack of grain into a table.

Yep, he thought. The morning meal. Which meant there would be men swarming inside the camp in just a little while.

The cook had his head down, busy with his preparations. Yoreno turned to the others and put a finger to his lips. Then he skirted past quickly, making a motion to his eyes with his fingers and dragging them toward the window.

Lev leaned over, then crossed the space, followed by Mai.

When they reached the outbuilding where their gear was, Yoreno tried the door, but found that it was latched and locked. “Mai,” he whispered. “Can you break the lock?”

She nodded, moved up and put a spell into the lock that melted the metal, leaving a burned out area on the thick wood. Smoke wafted through the air.

Yoreno opened the door and went inside where he found a dark and cold storeroom with sacks piled about. Above them, nets hung, holding various items—probably loot from other excursions.

On a rough bench, there was a large sack full of items. Yoreno went through it, found their armor and gear. Next to the sack were two more bags.

“This is it!” Yoreno said, pulling out Lev’s bow and daggers. He handed them to the thick-armed adventurer.

Within the sac he was rummaging through, he found his sword and armor. He would need to put it on now to avoid having to carry it.

“Yes!” Mai exclaimed quietly. “May the gods of adventure and magic be praised,” she said. Then she kissed the gnarled wood.

Yoreno smiled as he began to strap his armor on. After Mai helped him into it, he put his sword belt on over his waist. He was ready to fight.

“Hopefully we won’t need to fight our way out of here,” Mai said.

“Yeah,” Lev added as he finished strapped one of his leather vambraces onto his arm. Then he slid one of the bags off of the table. “We need to get these things to the others.”

“Are we ready then?” Yoreno asked.

Mai nodded, holding the smallest of the three bags over her shoulder.

He opened the door and went outside. Just as he began to sneak back toward the food preparation building, three men and a demihuman came up the stone steps to their right heading directly for them.

One of the men pointed an aggressive finger and called out something in a language Yoreno didn’t understand.

“Get ready!” he said, standing up now that their cover was blown.

Two of the men came forward as they revealed their blades. The third turned and ran while the demihuman cried something in yet another tongue.

The first swordsman jerked upright, then fell dead to the ground after Lev put an arrow into his forehead.

Mai called out and launched a fireball forward. It exploded, just as the second swordsman crossed blades with Yoreno. His opponent was then stunned when Lev kicked him in the hip, giving Yoreno the advantage he needed to turn his sword and take the swordsman across the neck.

“We have to get to the others!” Mai said.

Yoreno turned and found the cook brandishing a meat clever. He screamed and came in for the kill, taking one swipe at Yoreno’s shoulder, then another at his stomach as he jumped back from the cook.

With such a short reach, he had no chance. Yoreno put his blade to the cook’s throat and made him drop the weapon. Once he did that, Yoreno punched him in the face, sending his heavy frame sprawling into the ground.

“Stop wasting time, Yor!” Lev called from ledge they had climbed up earlier. Mai was already sliding down.

Then both of them glanced up as a warning bell began to toll.