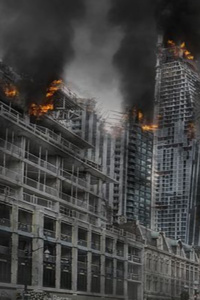 Hell Bound The Ancient Ones Series

In this world were some magic is commonplace, and war has raged on for thirty years, lives a man who has a dark secret. Dean seems like a normal run of the mill man, but deep down lurks a power that he doesn't realize he has. Plagued by nightmares of an event from his child hood, he tries to live a normal life, but things soon take a turn for the worse when his nightmares start to become more vivid and soldiers begin to invade the town he lives in. Can he stay sane in this world where the strong enslave the weak or will he succumb to the chaos from his past.

For the latest chapters go to www.patreon.com/novelsbyrandy