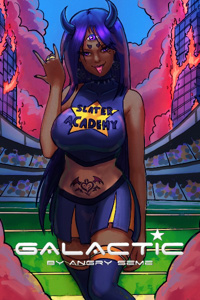 16.2: I Hate It When I Wake Up A Minute Before My Alarm Goes Off

Leviathan grumbled as he woke up at 5:59 AM, a minute before his usual alarm clock went off.

He wondered how it was possible that he still woke up at the same time, even during a crisis, and was angry he couldn't get back to sleep.

Levi and John had gone all over campus with a large group of others, trying to find a way out but couldn’t. They all went to the dorms and took turns watching guard so a few of them could get some sleep again. There was electricity in the southeastern part of the campus, and people had been sending emails to try and get help.

So far they had learned that people were trying, but there was no way inside.

There was a switch in the basement of the training center, connected to a computer, but no one knew how to get past the password. It was written in a long dead language, as no one bothered to update the operating system. The only man on campus who knew how to use it had died, and everyone was scrambling to find someone who could read the dead language, English, and who could also understand how to use an old operating system called Windows 12.

The area surrounding the southeastern dorms and the training complex near the train station had no corpses. The trainees went to work quickly, destroying them and setting up a perimeter.

They sent out rescue teams that would try and bring people back. Not all the rescue teams returned, and they started to wonder if it was a good idea to send people out at all.

Savannah Washington led them, the oldest person there, at the ripe old age of twenty-nine. Unlike most of the other soldiers, she stayed instead of going on vacation. She was dreading that she was going to die surrounded by children but soon realized that she had to stay, or else everything would just fall apart.

Levi found her in one of the many offices on the administrative floor and told her he was leaving.

“I have to find people I care about,” he explained. “I’m taking John with me.” Savannah nodded and understood.

“A lot of people have told me that recently,” she sighed. “Especially since people came back reporting a fire.”

“Yes! If you leave you’re free to come back, but there’s little chance you will,” she told him. “The only reason we have electricity is that most of the generators are concentrated here. If you leave you might not be able to contact us back without any communication.”

Savannah sighed and shook her head. “If I gave everyone who left here a radio we’d be all out,” she said. “You made your choice. Follow through or stay.”

Levi glared at her, unable to understand that he was not in charge. He had become so used to telling others no, that he was unaccustomed to hearing it himself.

“Yes, it's completely fair,” Savannah interrupted him. “You aren’t special anymore Slater. Right now we’re all the same without your daddy’s money.”

Levi was astounded that she would pull a cheap power play during an emergency. He couldn't handle being told no and now someone was again punishing him for simply being the son of Maximillian Slater. He decided to be the monster everyone thought he was.

Savannah squinted her eyes at him, grimacing and wondering if his mind was short-circuiting from overuse.

“You think I can’t do anything because of my dad not being here,” he grinned. “You’re not the first and you won’t be the last.” Savannah sneered and laid back in her red desk chair. She twirled her pen between her fingers and waited to hear his complaints that she would promptly ignore.

“You just got a small taste of it didn’t you,” Levi said.

“A taste of what,” she replied.

“Power. You like being in charge, but once you fuck up everyone will blame you.”

Savannah’s eyes glowed yellow and she considered the many ways she could kill him. She believed it would be easy to make it look like an accident during the chaos, and that everyone wouldn't miss him that much.

“I won’t repeat myself,” she stated calmly. “Get out now before I consider just forcing you out into the forest myself.” This simply set Levi over the edge and he tried to calm himself again.

“My options,” Savannah scoffed. “Are you threatening me?”

“No. I don’t threaten people. I make promises.”

These fucking Slaters are all crazy, Savnnah thought. I’ve heard things about his father. He’s the same.

“I can make electricity,” Levi announced.

Savannah glared at him, with the intensity of a thousand suns.

“This entire time you could do that,” she whispered. “You told no one?”

“Of course not! So you people would hook me up to a generator and force me to power up the entire town until I die?”

“Power the train,” she screamed. “Get us out of here!”

“It won’t work you, idiot! We’d just crash into that stupid wall!”

Savannah got up and tapped her foot. She looked quite ridiculous and angry in her costume. She wore a giant red hat with an M, a red shirt, and overalls. No one knew what vintage game she was talking about whenever she mentioned it, and gave up early into the night explaining it to many who asked.

She ran her fingers through her long brown hair and decided to try and make a deal with him. Anything that would make up for the few resources they had.

“You want the radio, and some walkie-talkies,” she asked. “You can have them if you do me a favor.”

Levi didn't want to agree to anymore verable agreements. The last time he did he was shamed and when he tried to be honest with his father he never believed him about Deceit. He decided that Savannah was no different.

Savannah laughed nervously as Levi approached her. He was taller than her and knew it. He wanted to scare her. He was a clone of Maximillian, minus the high-functioning alcoholism and sexual promiscuity.

“Give me what I want or else when we get out of here I’ll get rid of you the first chance I get,” he hissed.

“I never said I would fire you,” Levi whispered.

Savannah knew that he could kill her and no one would think anything of it if she was found dead. So many had already died that night.

“All this for some radio? You’re insane.”

It was more than just the radio at that point. Levi didn't like being told no by anyone, he was tired of people thinking he never worked hard, and he was also tired of being the punching bag of people's anger towards his father.

He wanted to make an example out of Savannah.

“Not just a radio. I need more,” Levi said. “Go get it now or else I’ll fry all the computers in here, and then your brain.”

Savannah wondered if she could make it through the office and out the door.

“It’s only us in here,” Levi smiled. “No need to pretend you’re strong in front of me.”

Levi ignored her and went up to a nearby office computer. He put his hand on it, and smoke came out as he sent electricity through it, making it useless.

“Stop,” she screamed. “That’s our only way to communicate outside!”

Savannah was now worried that the true threat was inside instead of out.

“I’ll give you whatever you want,” she pleaded. Levi raised his eyebrows at her, surprised his empty threat worked so well.

“Do I at least get something else in return,” Savannah asked.

Levi was amused by her hypocrisy and decided to scare her even more.

“The gift is not becoming a mindless monster like the others outside after I turn your brains into fried calamari.”

“I’m going to tell everyone if we get out of here,” she screamed.

Savannah closed her eyes and tried to hold back tears. Levi was now fully emboldened, feeling powerful that after so long he had someone new to bully. He was bored with Ace gone, and now she would suffer his frustration and anger.

“What kind of dumb ability do you even have,” he asked. “I’ve never seen you use it.”

Savannah looked at the ground and mumbled something softly.

Levi laughed at her, again feeling stronger than everyone else. “You could fly and were too dumb to leave when this all happened,” he laughed. “You’re a loser!”

She took out a key from her pocket and gave it to him.

“Here’s the key to the food storage,” she mumbled. “Go down the hallway and take all the radios you need. Don’t come back.”

He left and Savannah was ashamed.Savannah knew she was the only one in charge because she happened to be the first person that arrived that had the largest age gap of most of the trainees. Her ability wasn't special, nor was it powerful. Levi had bullied her into feeling like nothing, and she was embarassed that she had let a teenager get under her skin.

She rolled up her sleeves and went to the entrance of the dorm,wating for Levi and John to leave. She waited until they were out of eyesight, relieved that she would never have to deal with Levi again. Savannah for the first time that night sent someone out and hoped they would never return.

She turned to the guards outside the dorm entrance and decided to solidify Levi's fate.

“Don’t let them come back,” Savannah told them. “They’re more trouble than they’re worth.”

None of them questioned her, because she had kept them alive this far, and they didn’t know what else to do. Savannah stood outside watching the flames consume almost the entire campus.

What will we do if it reaches over here? Will we all just get burned alive?

She went into a dorm room and laid down on a bed, trying to think up a plan but she couldn’t.

She wasn't a leader, just someone who happened to be there the longest.

Wow who would have thought the son of a sociopath might copy the shit he does to get whatever he wants? I dunnoh, seems unrealistic. Looks like poor writing, smh.