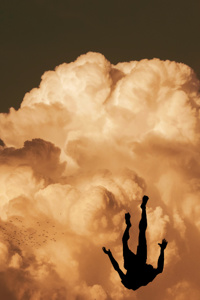 The sheer vastness of the planes of reality meant that if a combination of laws is stable enough, then it probably exists. The protagonist encounters one such stranger than fiction world that he has a hard time wrapping his head around. He is left alone in an Alien Reality.

To him survival isn't the most important after all that he had been through, but he refuses defeat in his pursuit to understand the strange reality he finds himself in.  Join this journey of his new story in finding out the answers and secrets of this world.

I like this Genre to put it bluntly but I've always found that illogical 'Science' and flawed laws of the world, typical in these stories. So, I've decided to fix that. I have tried my best to make weirdness make sense in this World filled with Magic. Short of simulating them to verify, the laws of this new world should make some reasonable sense and will be consistent (As much as I humanely can keep it that way). This might mean my story might vary in it's progression speed but as a compensation, I promise to have a lot more sensible Cliffhangers if I must put them in. Also, I'm not a big fan of over using vocabulary when telling a story. So, My Language will be very unsophisticated. Hope that's not a putoff.

So, Enjoy your reading!